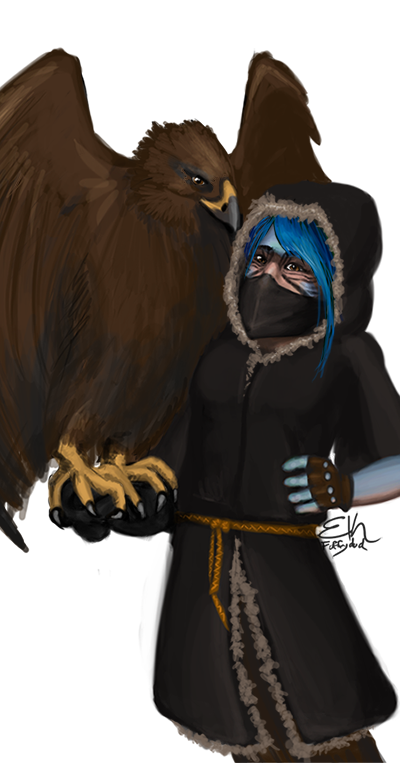 An avian nagualdl man with an eagle friend.

Avian nagualdls have patterned skin which can be speckled, barred, or have subtle patches of color. Their skin colors and patterns have a variety of subtle colors, from pale pink to black to muted blues, yellows, or anything else. Their hair, however, can be much more vibrant, and of any color, from the dark or pale to the very bright rainbow. They average a little larger than lightfoot halflings. They wear colorful clothing made of furs and light materials, with feathers and claws as accents.

Shapeshifting (Su): Nagualdls enjoy a special connection with nature and, particularly, the wildlife in it. Avian nagualdls are born with the ability to shapeshift into any non-magical bird.