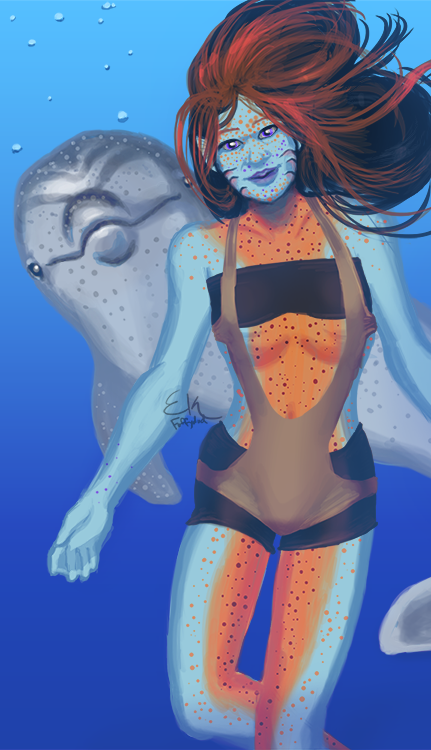 An aquatic nagualdl woman with a spotted dolphin friend.

Aquatic nagualdls have patterned skin which can be striped, spotted, or have gradient tones. Their skin and patterns can be any color. They average the same height and weight as humans. They have fin-like ears, webbed fingers and toes, and a set of gills across their face and neck. They wear small amounts of mostly skintight clothing to allow as much freedom of movement as possible underwater, but add ribbons, lace, and animal teeth as decorations.

Shapeshifting (Su): Nagualdls enjoy a special connection with nature and, particularly, the wildlife in it. Aquatic nagualdls are born with the ability to shapeshift into any non-magical, water-based animal.