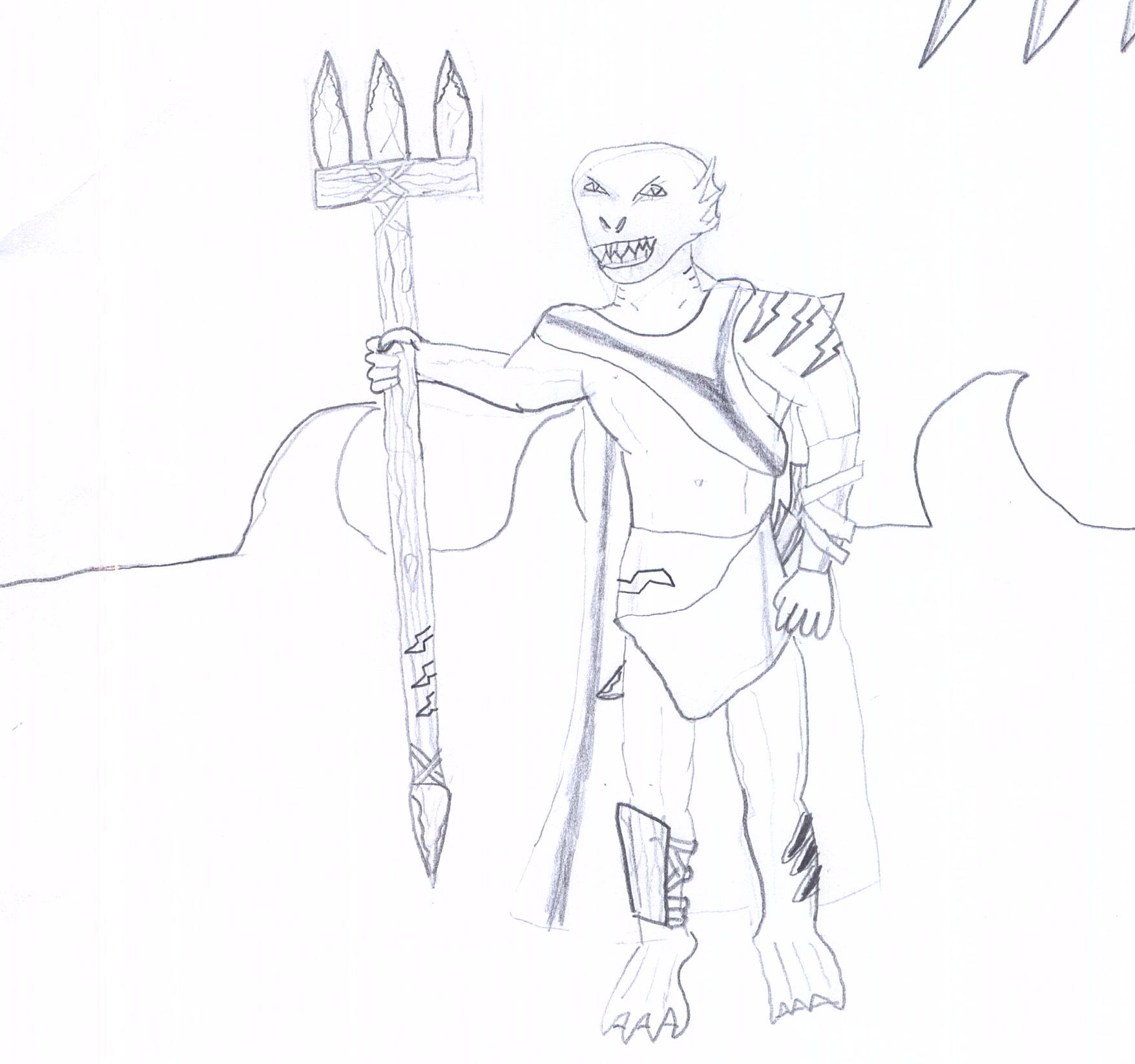 Savage, shark-like raiders. The depths are their home and the fate of their victims

Murmillio are a race of savage raiders and pirates that live in the deep places under the water. They have only recently emerged from the water and started to terrorize any coastal towns and ports as they are "invading their territory". They are a small race but still fierce and proud.

Play a Murmillio if you want...

Murmillio resemble large humanoid sharks. Their skin is coarse and grey like a sharks except for their bellies which are smooth and white. Due to the extreme pressure and weight of water Murmillio are short, heavy and musclebound.Their hands are webbed and clawed as are their feet. Their armpits and the insides of their elbows and knees are webbed as well. A fin stretches up their back and neck and their ears are pointy. The Murmillio's facial features are harsh and angular, their mouths are wide and gaping, filled with triangular, serrated teeth. Gills are located on the sides of their necks.

It is unkown how long Murmillio live for but many die in their first raid. The ones that survive are battle hardened and strong, proud warriors of their race.

Murmillio are ruthless but brave. They live in a tribe system each led by a warlord or shaman. Murmillio are essentially evil but they are doing it for a reason they think is right and true and to protect their women and children. Players who play Murmillio are beheld as evil but really believe that they are in the right and the humans or elves or other race they're attacking are evil invaders. A Murmillio's first raid is his or her rite of passage. They are fearless in the face of danger and fierce in combat. They worship a variety of gods but mostly nature gods and war gods.

Gyl is a Murmillio Fighter from the Scar Shark tribe, who is just embarking on his first raid. He doesn't know what to expect from this strange surface world. All he knows is that he will fight for his people and bring honor to his family.

Srata is Murmillio Shaman from the Razor Fin tribe. She was selected at a young age to be the apprentice of her tribes Head Shaman. On her first raid he was slain in battle. She must lead her tribe to victory and control her out of control powers.

Stickle is a Veteran Murmillio Warlord from the Ragged Gill tribe. He has lead many a raid. He was captured by Elves and then he was inflicted terrible torture. He must escape back to his tribe and then destroy the dissent and rebellion before leading them to crush the elves once and for all.