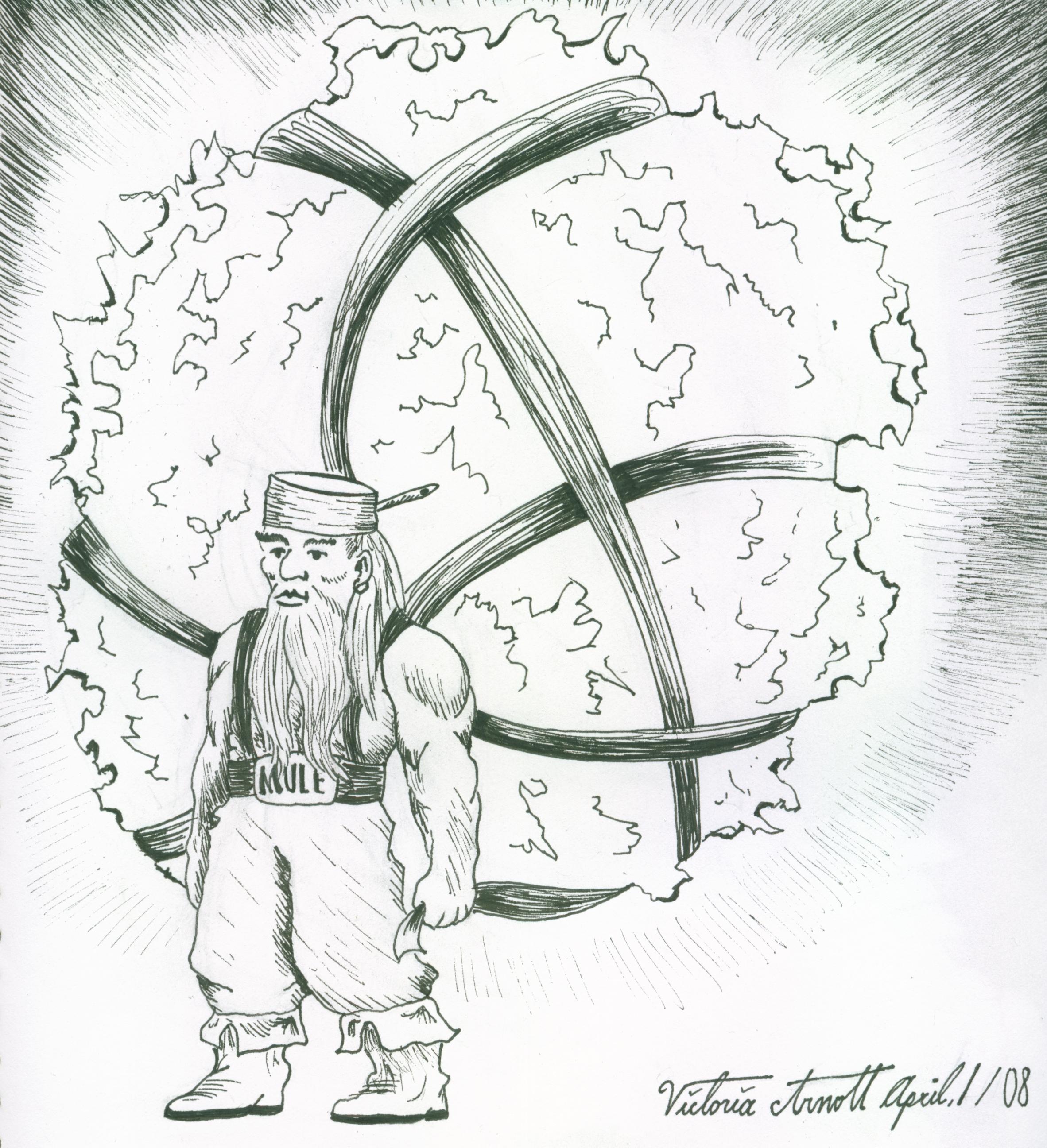 A Mule watching his party fight as he carries their stuff.

The master of being true to dwarven nature, the mule gets pushed around by other party members and carries the brunt of the load (literally). His job is to carry stuff. And to make his ancestors proud, he carries it well. Because what use are dwarves otherwise? They only really have one worthwhile racial feature, which is their ability to carry lots of junk.

All of the following are class features of the Mule:

Be a Dwarf (Ex) You are now the best at "being a dwarf". At 1st level and every level you gain in The Mule hereafter, you gain a +4 bonus to Strength for the purposes of calculating carrying capacity. What are dwarves good for otherwise, right?

Junk Katamari (Ex) You can roll quickly using all the stuff you are carrying. Three times per day at 4th level, you can roll 150ft. dealing 1d6 damage per 100 lbs you are carrying (max 2d6 per class level in the Mule). Don't expect to use this for combat, however. Your group will really appreciate you using it to flee from a villian and keep their stuff safe while they do the fighting. You are a dwarf after all.

Toss Me! (Ex) Once per day at 5th level, you can be thrown by an ally at an opponent. The impact deals 1d6 damage per 100 lbs you are carrying (max 20d6). Congratulations, you were useful. Too bad Gorthbar the barbarian gets all the fame for it.

Our group was always making fun of the dwarf for being the "party mule". He could carry a lot of stuff and was just about as grumpy as a stubborn donkey. This is the prestige class I was going to offer him had he not died to a Fiendish Griffon.