Long before the world of Moertus came into existence the Gods of the universe waged an endless war against one another. As the centuries passed their war became more and more violent, until it climaxed during a great battle known as the “Sundering”. As the Gods launched their mightiest attacks against each other the very fabric of the multiverse tore apart leaving a void of endless darkness that spread between the realms of all the Gods. This caused the Gods to pause and end their ceaseless struggle against each other, at least for a time.

During this peace Astrild, the Goddess of Fire and Goodness, found that her healing light could create life in the void. As she filled it with her light her energy coalesced into the heavenly spheres. She reached out and formed the world of Moertus, and on this world she placed a race of beautiful immortal beings called the “Athar”. They prospered and grew into a enlightened civilization that spread across the world. But Astrild was not the only God whose power could affect the void.

Nicor, the God of Darkness and Evil, discovered he too could reach into the void. He used his power to bring death to the Athar, he spawned inhuman monsters and wrought natural disasters. And while the Athar languished Nicor unleashed his worst affront, he created Tiamat. The Mother of all Dragons destroyed the last of the Athar, sending her children out into the world to hunt down any Athar hidden on Moertus. When she was done she left the world leaving her children to feed on it’s bones. As the Dragons and other monsters ravaged the world, Astrild formulated another plan to bring goodness back to Moertus.

Astrild approached the other Gods; Rig the Earth Lord, Ormet God of Water, and Kun the enigmatic God of the Winds. They had seen what had transpired between Astrild and Nicor, and it drew their interest. Astrild forged an alliance with the other Gods. She would grant them the power to form life and they would use that power against Nicor. And as the pact was sealed Rig created the Dwarves and Gnomes, Ormet created Humans and Halflings, and Kun created the Elves. Astrild knew that Nicor had drawn energy from the immortal life forces of the Athar as they died to create Tiamat, so she limited the life spans of the God’s creations in order to prevent Nicor from doing anything like that again.

The races of Moertus struggled to rise up and survive in a savage world. But with the help of the Gods, the good races of the world built their civilizations and carved out portions of the land for themselves. As the first rulers of Man began to found their Kingdoms, conflicts arose between Humans and Elves. Soon the conflicts turned to war, and for the next 150 years Man and Elf fought bitter battles trying to wipe each other off of the face of Moertus. The Elves drove the Humans back and at a time when it seemed the Elves would wipe out Mankind the “Exodus” occurred.

The Exodus was a time in which huge groups of Elves and Dwarves migrated to the far north. Those that joined the Exodus all shared one common denominator, they had heard the call of Nicor and sought to form a new kingdom in his name. As their worship became more fervent their very bodies, as well as their souls, changed to reflect their new dark following. Once they had traveled deep into the northern wilderness they founded their new homes. The Dwarves traveled deep into the earth and named themselves the Duegar, the Elves moved into a dark forest filled with the ruins of the Athar and took the name Drow.

The Dwarves and Elves each blamed the other for the corruption of their people, and so war erupted between the two races. The Elves, unable to maintain a two sided war, signed a peace treaty with the Humans several years after the war with the Dwarves began. And for the next 400 years the war between Elf and Dwarf raged. In the end the suffering they caused each other forced them to sign a truce, and the war came to an end.

As the next 600 years passed the races of Moertus entered into various pacts, and treaties. Several times war threatened to return but, as the races worked together against the monsters that also made Moertus their home, they found they could benefit from cooperation more then from conflict. A Human King came to the rulers of both the Dwarves and the Elves, and he presented the idea of a unified ruling body. One that would allow each race it’s own Sovereignty, but called for the blending of military forces on certain maneuvers, and a greater sharing of resources and trade goods through increased trade routes. As well each ruler would agree to discuss internal and external problems with the others before declaring any states of war or embargo. The rulers agreed and they constructed a central meeting place they named the “Free City of Nidaros”, and it quickly grew into a cosmopolitan place where anything from across the land could be found.

With the founding of Nidaros the rulers officially signed the treaty that would bind them. They named this new foundation the “Alliance” , and each agreed that once per year the rulers of the Dwarves, Elves, and the three Human Kingdoms would meet for a full week of discussion and deliberation. As well each ruler agreed to leave open lines of communication to one another throughout the entire year, in case the need for immediate contact became needed.

A century has passed and civilization has flourished beyond compare under the Alliance. And the future shows new advances right on the horizon. 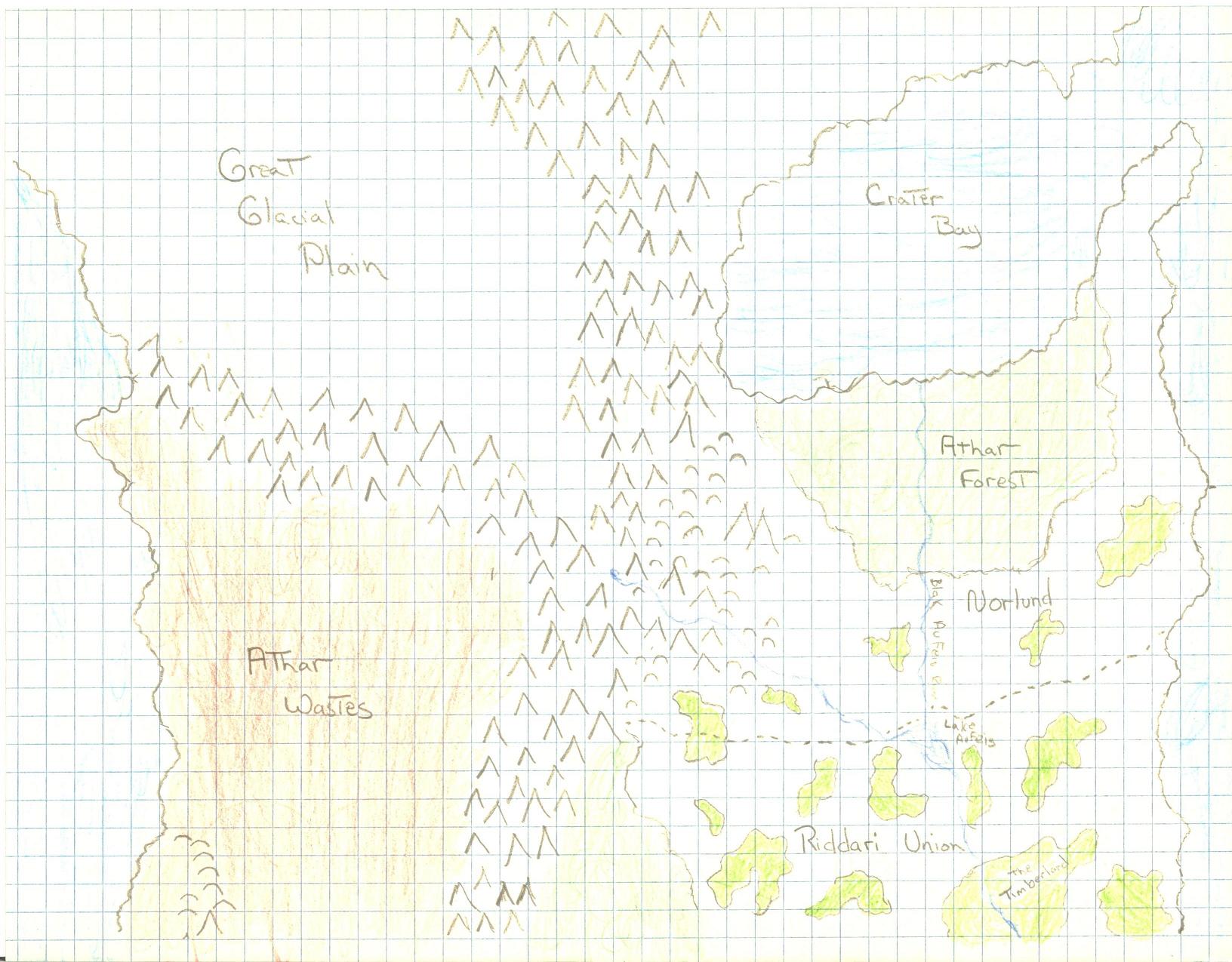 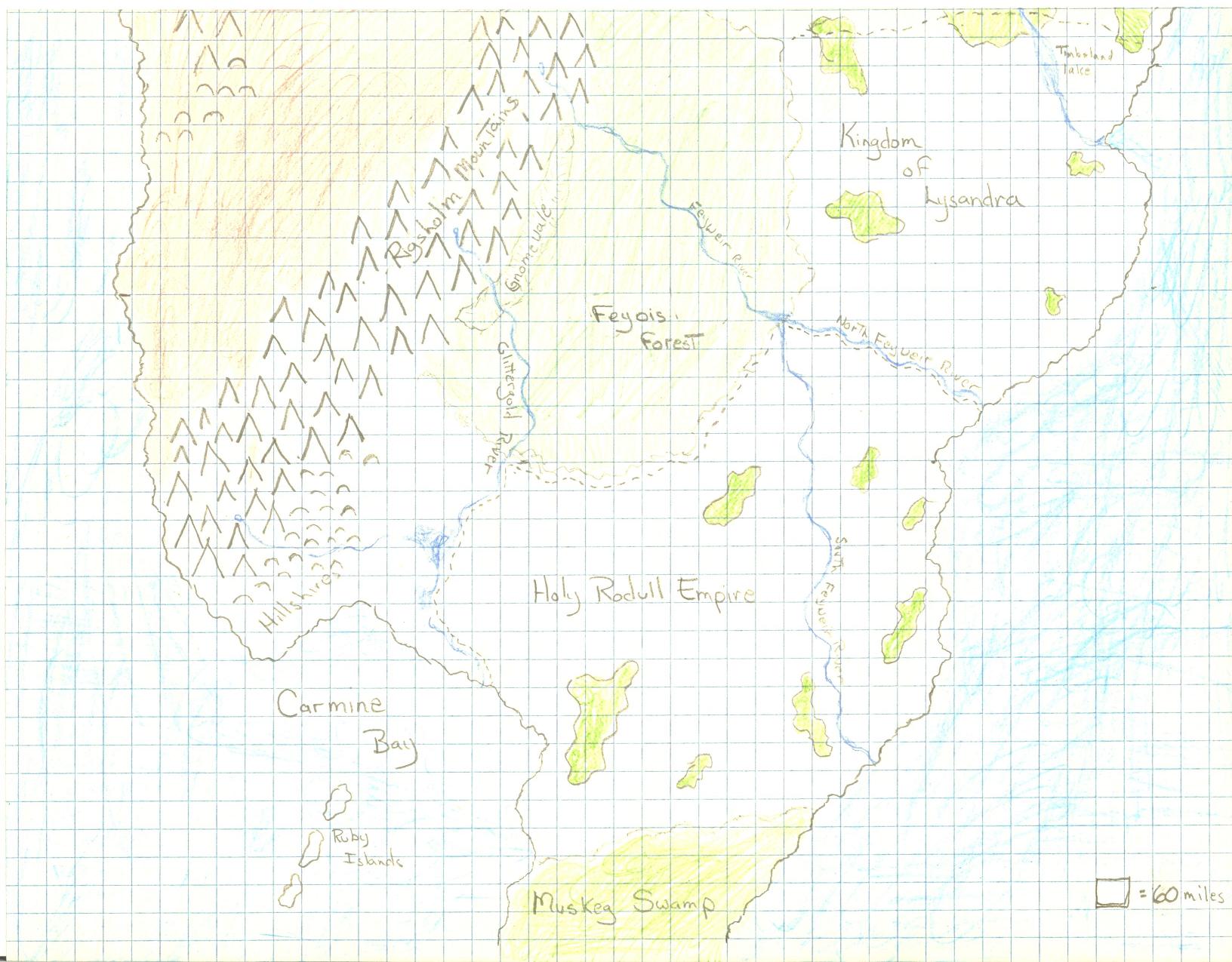 This section describes standard information about the Player Races in Moertus. Each race is broken down into several sections: General Description, Class Descriptions (around 60% of a populace are Commoners and Experts, while 30% have other NPC Classes from the Dungeon Master’s Guide, and the last 10% will have a formal PC Class), and followed by Notes if applicable. Unless specified in the section, each race follows the standard rules given in the Player’s Handbook (or Monster Manual). It should also be noted that these are general guidelines exceptions to every rule exist at some point or another. Aside from the base classes presented in the Player’s Handbook, a DM may allow additional base classes and/or Prestige classes from other sources. But these should be decided on a case-by-case basis, with the DM ensuring the class fits into Moertus and does not disrupt the balance of the game. DMs are free to use any system they wish to determine Character Stats, but the perferred method for Moertus is to allow Players to distribute 76 points between their Character's stats in order to determine there starting values.

The general flora, fauna, and climate of Moertus is very similar to that of northern Europe. Virtually all of the creatures in the Monster Manual can be found here. Some monsters from other sources may appear as well, but as always DMs should take care not to disrupt the balance of their game or the overall ecology of Moertus. This section gives a breakdown of the various regions in Moertus and a general description of the area and the creatures commonly found there.

The world of Moertus has 5 unique Greater Gods, as well as various familiar Deities from the standard D&D universe that are called “Patron Gods” in Moertus. The mythologies and influences of these Gods have been altered slightly to fit in this pantheon and are explained in this section.

Moertus has a single yellow sun and a single moon, their sun looks and behaves exactly as our own, and their moon also behaves in a fashion that mirrors Earth's as well. But their moon, instead of being grey and rocky, has a smooth appearance and is a deep red that shades to black in random locations. Their sun is reffered to as the sun, or Astrild's Heart. While their moon is called either the moon, or Nicor's Eye.

Moertus has a seven day week, with four weeks making a month, and twelve months making a year. There are four distinct seasons during the year; winter, spring, summer, and fall. The inhabitants of Moertus refer to each day of the week by it's numeritical order during that week (ie. First Day, Second Day, Third Day, etc.). Similarly weeks are also reffered to by their order within a month (ie. First Week, Second Week, etc.). Years are noted regionally by either the reign of a particular leader (ie. "during the Tenth year of Queen Annika's reign"), or by some historical event (ie. "during the Third year of the Locust Plagues"), in some instances years may be reffered to by 2 or more different titles.

This section covers information that is "DM sensitive", only if you plan on running a campaign in Moertus should you read this section. Players should not be allowed to read this information.