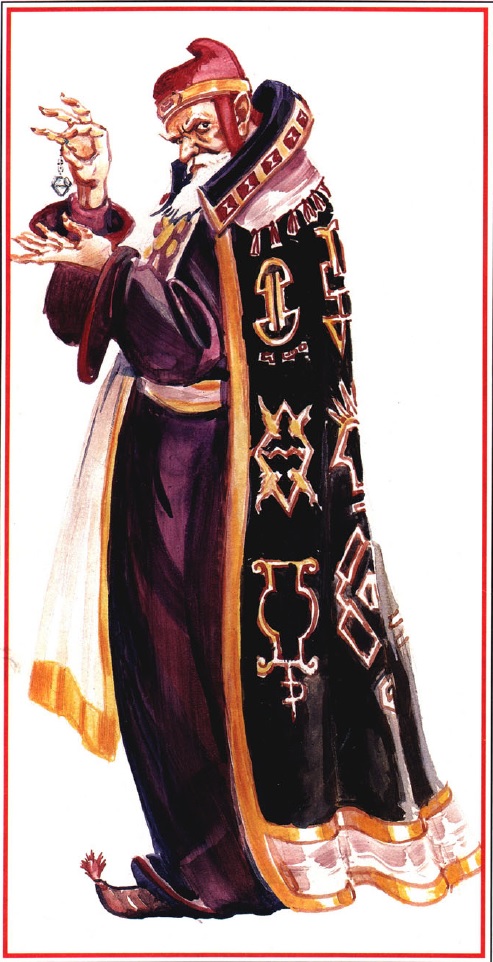 A mesmerist working the crowd.

Experts at charm and deceit, mesmerists compel others to heed their words and bend to their will. They focus on spells of the mind, primarily those of enchantment and illusion, which give mesmerists the tools they need to manipulate others—usually for their own personal gain — and the strength of mind to resist the mental intrusions of their enemies. In fact, the very gaze of a mesmerist can hypnotize someone into following his whims.

Not surprisingly, mesmerists often form cults of personality around themselves, and they invest much of their free time developing the skills and contingency plans they'll need in case their ploys are discovered.

All of the following are class features of the mesmerist

Weapons & Armor Proficiency:  You gain no additional proficiencies beyond those you already possess.

Spellcasting:  At the indicated levels, you gain new spells per day and an increase in caster level (and spells known, if applicable) as if you had also gained a level in an arcane spellcasting class to which you belonged before adding the prestige class level.  You do not, however, gain any other benefit a character of that class would have gained.  If you had more than one arcane spellcasting class before becoming a mesmerist, you must decide to which class to add each level for the purpose of determining spells per day, caster level, and spells known.

Eidetic Memory (Ex):  You gain a +2 circumstance bonus to all Knowledge skill checks you make (equivalent to having a masterwork tool), and a +6 competence bonus to Intelligence checks to remember past events.  You also gain immunity to attempts to erase or alter your memory in any way, such as through the spell modify memory.

Hypnotic Stare (Su):  Once per round you can focus your stare on one creature within 30 feet as a swift action.  That creature takes a –1 penalty to their Will saving throws per class level you possess and is fascinated for as long as you maintain your stare.  You can maintain your stare against only one opponent at a time; it remains in effect until you stare at a new target, the creature dies, the creature moves farther than 30 feet away, or you fall unconscious or die.  Only creatures with an Intelligence score of 1 or more can be affected by your hypnotic stare.

Further, you can remove the memory of your stare from the target’s mind; the creature doesn’t remember that it was affected (nor does it realize that it is currently being affected) unless you allow it.  The hypnotic stare is an enchantment effect and relies more on your focus than the target’s perception of the stare.  It can be avoided in the same ways a gaze attack can.  You can use this ability even while blinded, but must succeed at a DC 20 Concentration check to do so.  The penalties from multiple mesmerists’ stares don’t stack, nor do they stack with penalties from similar effects.  This is a mind-affecting, compulsion effect.

Towering Ego (Ex):  At 2nd level, you gain a competence bonus equal to your Intelligence or Charisma modifier (minimum 1, choose one) on Will saving throws.

Mind Over Body (Su):  You gain the ability to spontaneously cast metamagic spells by taking ability damage instead of increasing the level of the spell.  To do so, you suffer one point of ability damage for each spell level by which you are increasing the spell through metamagic.  You choose which of his ability scores to damage at this time, but all damage from casting of a single spell must go to the same ability.  In this manner, you can increase a spell’s level beyond your normal capabilities.  You must still have a sufficient ability score to cast a spell of the level to which metamagic enhanced it.  Heighten Spell is unaffected by this class feature.

You can also sustain yourself without food or water through a similar process. Each day in lieu of food or water, you can use mind over body to consume each of your physical ability scores (Strength, Dexterity, and Constitution), inflicting one point of ability damage to each.

Pierce Minds (Su):  When casting spells from the following subschools, you can completely bypass any immunities your targets may have against them: charm, compulsion, figment, glamour, phantasm, and scrying.

Pierce minds does not, however, ignore spell resistance, nor does it deny the target a saving throw against spells of those subschools if they would otherwise grant one.  Only targets who possess some form of immunity have that immunity bypassed, with the exception of creatures with an Intelligence score less than 1.

Telepathy (Su):  You can mentally communicate with any other creature within 100 feet that has a language.  It is possible to address multiple creatures at once telepathically, although maintaining a telepathic conversation with more than one creature at a time is just as difficult as speaking and listening to multiple people simultaneously.

Unbound Mentalism (Ex):  At 5th level, you can affect more powerful creatures or a greater number of creatures than normal with your mental effects.  Most level-based restrictions for spells from the following subschools are lifted: charm, compulsion, figment, glamour, phantasm, and scrying.  The only exception are spells that are limited by HD, such as hypnotism.  In these cases, they instead have the number of HD affected by the spell doubled.  Thus you could, for example, put up to 8 HD of creatures to sleep with a single casting of sleep.