The Dread Necromancer, the Scourge of the Living and Master of Undeath. This class which appears Heroes of Horror is a wonderfully flavored class that can bring an entirely new feel to the table. The potential to have hordes of undead followers, full 9th level spellcasting, and some great class abilities can be very enticing options. I however took a different approach to my Dread Necromancer. While they don't like a class that would do all that well in melee (poor BAB and light armor) they can, with a little optimization, be truly terrifying forces on the battlefield.

This build will look at a 20 level progression of the character I plan on using. In our campaign we might get into epic levels, but for the purposes of this build I will only go up to level 20. As a note, while this is a Dread Necromancer, I will not be going into the creation of undead, as there are already a ton of guides over it, and I really don't care all that much. I plan on doing some undead making, but only as a compliment to our party to help the rogue out. Most of my undead will just be skeletons and zombies (of various size and ability).

Formatting and spelling/grammar issue fixes are welcome, you won't hurt my pride. 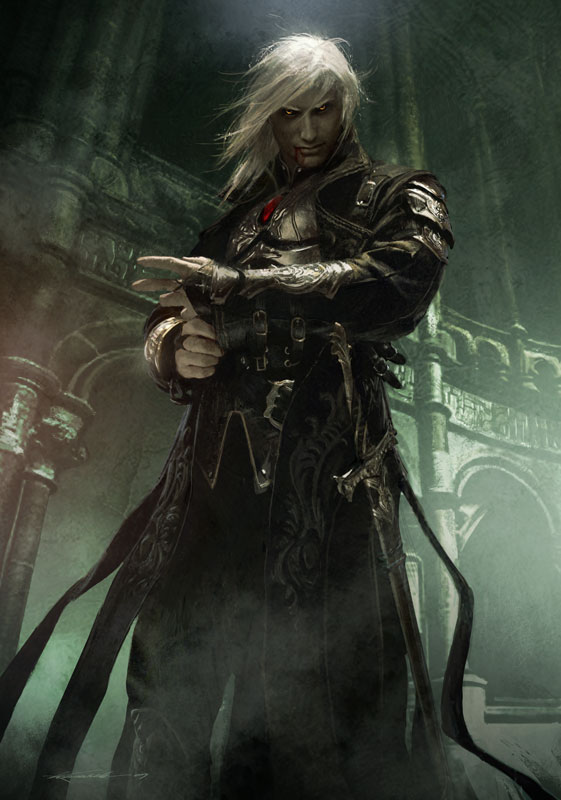 Up to 8th level Dread Necromancer Spell casting, 1st level Duskblade Spell Casting (albiet at a Caster Level of 14 due to the Abjurant Champion ability Martial Arcanist), Charnel Touch (and all its variants thereof), and lastly Channeling from Duskblade.

I will organize these by slot

Weapon: +5 Spell Strike, Necrotic Focus, Defending Greatsword with a crystal of greater arcane steel (best, but a Dread Necromancer with a Scythe is pretty cool)

Throat: Amulet of Health +6 OR Amulet of Natural Armor +5 (if you have no constitution score)

Other: 372,800 gold pieces to spend on whatever else you want. My suggestions are a Rod of Undead Mastery, whatever ability score tomes you want, a portable hole, a hat of disguise, and all the scrolls and wands you can get your hands on. Runestaffs are a great way to gain access to spells you wouldn't normally get. And of course you can never go wrong with a Nightstick.

Race (Templates): Human (for the feat). Necropolitian is a template that makes you an undead that you can get at level 3. This is a great template for a budding Dread Necromancer, however I did not take it (as such this build will not), because I think they're lame and I am a slave to fashion. If you chose to go Necropolitian however, do not take tomb-tainted soul at 1st level (unless your DM allows retraining) and allocate the points in constitution to something else (preferably strength or charisma).

The reanimating of undead can get expensive, so I suggest finding a way to pull in some extra income. Crafting items can be a great way. If you are playing a neutral character, try to convince your fellow party members to chip in the price of onyxes (after all your minions will be taking most of the damage, not them), or if you are evil (like me) you can always extort/rob random NPCs.

This build is designed to maximize your melee prowess with your spells. You are not a barbarian, so don't try to play one. Your damage comes from channeling nasty touch spells at everything you can. The second you get 6th level spells, that becomes Harm. So Harm everything that moves. The raw damage from the greatsword helps, but most of your damage will be from spells.

You are also going to need all the help you can get. Your BAB is alright, but not brilliant, and with a spell strike sword you will be switching most of your weapons enhancement bonus to your spell DCs. As a result of this get your minions to flank, have your wizard debuff everything (or buff you), and have your minions trip things. There is nothing funnier than watching the goody good Paladin take a channeled Harm to the face because he got tripped by your spiked chain wielding zombie.

Fear stacking. The skill trick Never Outnumbered allows you to intimidate all enemies within 10 feat when you use intimidate against an opponent. Use that, then run in with your Fear Aura. This will bring your opponents to frightened, making them effectively useless. This is a great way to ensure victory in combat.

A note on advanced learning: Advanced learning is a class feature that allows you to add necromancy spells from the wizard/sorcerer list that aren't on yours already. It is a nice feature, but ask your DM if you can pick up the warmage class feature Eclectic Learning instead. This will gain you access to some nice utilitarian spells that can be live savers.

How many Hit Dice of undead can I control?: With the appropriate magic items (Deadwalker's Ring and Rod of Undead Mastery) plus Undead Mastery and Corpse Crafter, you can control ((4+cha mod) x2)x HD worth of undead via Animate Dead and they all have +6 HP/HD, +4 Str, +4 Dex.

This is basically what is going to go down...

Tomb-Tainted Soul is going to allow you to heal yourself with negative energy, and since you have a class ability that gives you exactly that (Charnel Touch), you basically get free out of combat healing. Your first few levels will be rough, always being at full health between fights and DR will help, but remember your d6 hit die, you are not a barbarian. As soon as you can rebuke things successfully (level 2), go get some skeletons to supplement your melee abilities (and the rogues sure wont mind the extra flanking).

At level 8 you can Animate Dead and now have Undead Mastery which means its time to take a break from adventuring and start creating your army. Your three levels in duskblade will grant your channeling and access to new spells for wands and such. Once you have channel spell and a decent BAB now is when you come to the forefront of combat. Spells like bestow curse, inflict critical wounds, vampiric touch, and enervation will be your bread and butter over the next few levels.

Late game should be almost laughable. With your undead minions most adventures can be easily soloed (but that is no fun, so don't). All but the most resilient of enemies will fall to your spells such as slay living, harm, finger of death, and circle of death. And with your ridiculous amount of spells you will be casting something every round most likely.

A note on your undead minions: A well equipped undead is a deadly undead. A zombie is not a threat, a giant zombie in full plate and a spiked chain is a considerable threat. Organize your minions into groups and protect the more vulnerable ones. That is all I will say about that however, if you want a comprehensive guide on how to handle your undead, google it.

With this build, you will be getting 3 skills. Bluff, Concentration, and Intimidate. End of Story. As soon as you can reliably start making concentration checks, start taking Knowledge (Religion).

Never Outnumbered- Requires 8 ranks in intimidate. Allows you to intimidate everyone within 10 feet. Necessary.

On a roleplaying note, I suggest playing an Evil character. Dread Necromancers can be neutral, but you shouldn't be. This is a class for the truly depraved and wicked. You are a master of all that is evil and sentient life holds no value for you. Kill Paladins and bring them back as undead. Unleash disease upon the world. Let the world drown in your unholy might. Neutral is legal, but evil is way to go to take full advantage of the awesomeness this class can bring.

Obviously if your DM outlaws any of the above mentioned books this build won't work. Also, make sure your DM is ok with everything this class can do. If your DM will never give you access to proper undead, or thinks that unleashing hordes of undead on his campaign setting is a bad thing, this build will still work, but it wont be nearly as fun. You will still rock at doing damage, but the class loses its flavor (you're better off playing a cleric).

Clerics. A group of well armed and well trained clerics will ruin a Dread Necromancers day. Also limit the amount of undead the player can have access to. A campaign setting that has extreme restrictions on magic users/necromancy will also make the player do a lot more running and hiding.

A note on Leadership: I suggest taking Leadership/Undead Leadership, as they are the two most powerful feats in the game (arguably). That being said, a lot of DMs don't allow it in their games. If yours does however, I highly suggest taking this feat. An undead bard with the Requim feat from Heroes of Horror will be a great addition to any party and your bard can further bolster your undead.