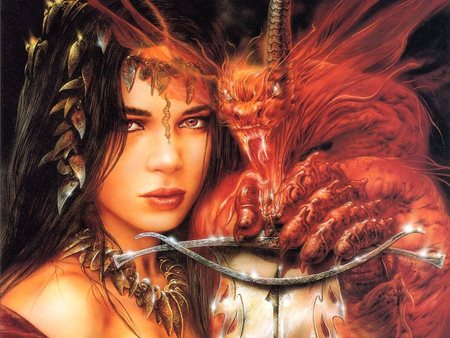 A fighter/mage/Master of the Familiar and her imp familiar.

For most arcane casters, a familiar is only an occasionally useful tool -- or, at worst, a liability. Others, however, embrace and strengthen the bond between master and familiar, gaining thereby incredibly powerful companions.

Spells: Must be able to cast 3rd level arcane spells.

All the following are class features of the Master of the Familiar: