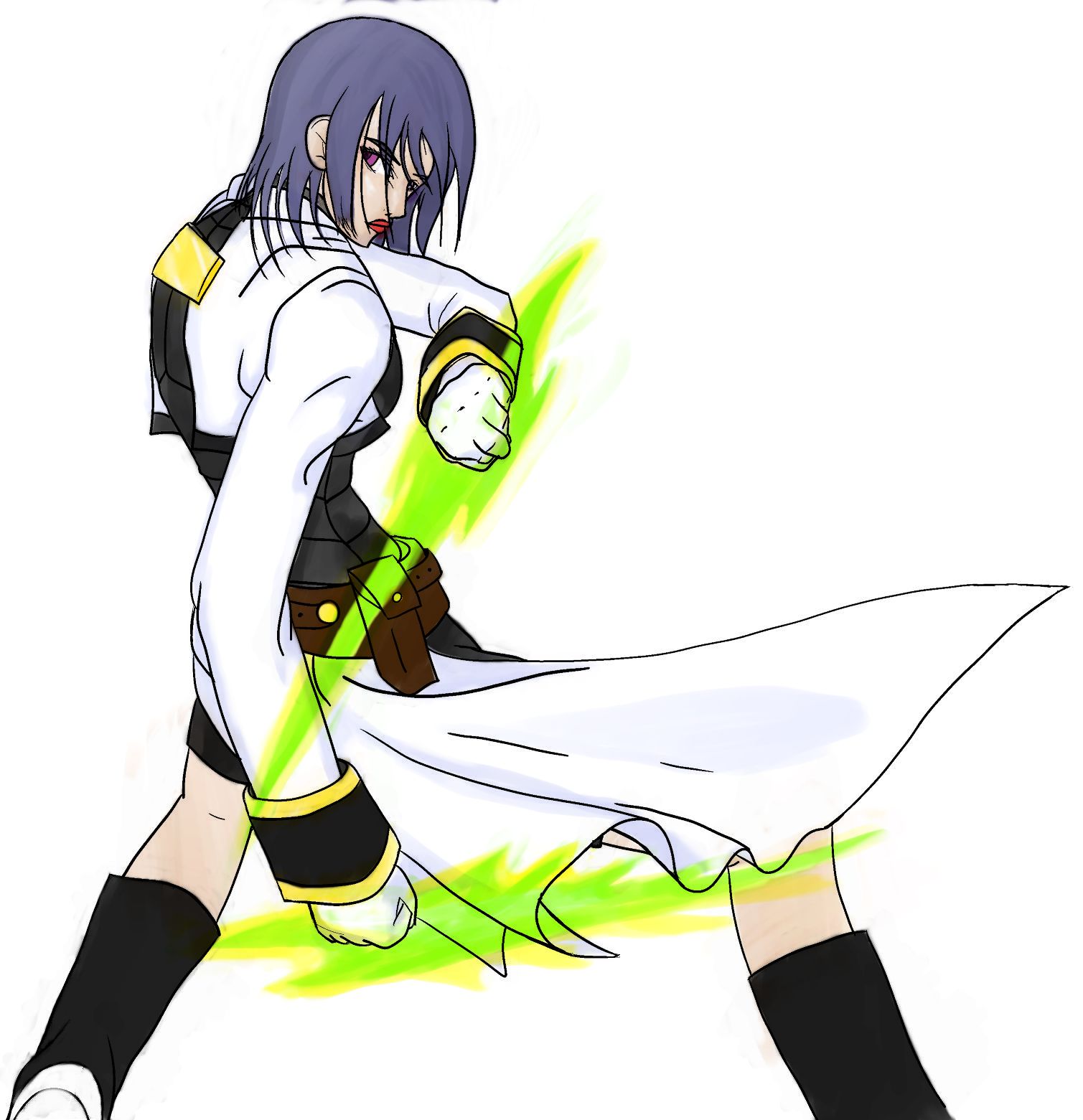 The weapons of this world are yours at a glance. While a simple mind blade is useful, sometimes the best inspiration for a weapon comes from the mind of another. Let not their ability go to waste, for with a little effort, all weapons can be yours. Read on of the Manifest Soul, a prestige class designed to bring the soul knife closer to the abilities of the character Archer from the Typemoon game universe.

While any soul knives wandering the world to hone their skills, finding such callings at the Illumine Soul, or Soulbow, you have found that the most fascinating thing in the world is duplication others creations, and puting them to unique uses. You will find below two versions of this prestige class, one modeled off the Illumine soul progression, and another based on the Soulbow progression.

All of the following are class features of the Manifest Soul.

Augmentation (Su): A Manifest soul begins to understand weapons only after having an understanding of oneself. By channeling a small portion of their mental ability to strengthen their bodies, they can increase their senses and body reaction times to a level of awareness bordering clairvoyance. A Manifest Soul adds their Intelligence modifier to their AC as an Insight Bonus while wearing light or no armor.

Improved Mind Blade (Ex): A Manifest soul may add their class levels to their soulknife levels to determine the enhancement bonus and weapon ability enhancements of their mind blade.

Psychic Strike (Su): This ability acts as the soul knife ability of the same name, and is cumulative with all other psychic strike progressions.

Persistent Mind Blade (Su): When a soulknife relinquishes their mind blade, it disappears. However, out of the hands of a Manifest Soul, these blades remain materialized for much longer. This time is extended to 2 rounds per class level (1 per class level if using 10 level version), with the maximum number of blades manifested at one time being equal to 1 + the Manifest Soul's Wisdom Modifier.

Noble Phantasm (Su): A Manifest Soul gains the supernatural ability to manifest mind blades that are near exact duplicates of existing weapons that they have seen. These weapons are taken from sources that list Specific Weapons. A Manifest soul can only recreate items of a type he can normally manifest, which, by default are Shortswords, Longswords, and Bastard Swords. (This ability can not be used to recreate custom weapons.)

To accomplish this a Manifest soul must Identify an item. The character must spend a full round studying the weapon, and then make a Craft(weapon smithing)check DC 5+Caster level of the weapons creator, which then acts as the spell Identify. This check can be negated by use of the spell Identify or abilities of similar nature, if the Manifest soul can study the item for 1 hour without interruption, he can negate the check. While a Manifest soul may know any number of blades, They must choose and prepare these blades ahead of time by getting a good night’s sleep and spending 1 hour meditating. While meditating, the Manifest soul decides which blades to prepare. The limited number of blades a Manifest soul can prepare is equal to their class level.

Once prepared, a Manifest soul can then attempt to manifest a studied weapon in place of their standard Mind blade, as long as the caster level of the blade does not exceed the characters effective levels of Soulknife for purposes of manifesting a Mind Blade. (Thus levels of Soul Knife, plus any prestige classes that directly increase the mind blade, such as this one, or Illumine Soul, or feats that emulate such abilities.) This is strenuous on the user's mind however, and can only be maintained a number of rounds equal to the Manifest soul intelligence modifier. after this period of time, the weapon returns to it's base mind blade and is consumed for the day.

This weapon is treated as identical to the original with the exception that it is weaker by an enhancement bonus of -1, and is treated as a Mind blade with regards to all feats or abilities. In addition, the wielder is considered to have the most basic proficiency required the use the weapon without penalty. No weapon may be copied if the enhancement bonus would result in a weapon with less that a +0 enhancement. Example: A Rapier of puncturing would require a total of 13 levels, and would be effectively a +1 rapier of wounding, in addition to it's abilities. (Note: By DM discretion, it may be possible to replicate artifacts, though it seems inconceivable before epic levels.)

Effect: You materialize a plane of reality onto the Ethereal Plane, and on the next round, bring it crashing to the Material Plane. This temporarily displaces the material plane, leaving the ultimate battlefield within it's place. While within the area of effect, enemies must make a Will Save DC 15+Intelligence Modifier or suffer a -1 Penalty to Attacks, Damage, and Saves. Within this reality is an infinite amount of blades, that anyone may draw. These are randomly any weapon the Manifest Soul can manifest. In the hands of a Masterful Soul, these weapons no longer suffer the -1 penalty, whilst foes suffer an additional -1 while wielding them. Someone who can identify these weapons can use a movement action to draw a specific weapon, while the Manifestor can draw any weapon as a swift action. As a movement action, a Manifext Soul can choose any specific weapon and dematerialize it with a DC 20 Concentration check. In addition, the Manifest Soul is granted a +10 Insight bonus to movement Speed, as it is his Reality.

Bonus Feats: Fighter feats, and those offered by Soulbow.

Combat: A Manifest Soul is generally a front-line fighter that uses it's vast array of weapons knowledge to adapt to a wide selection of situations. While melee oriented, it is not unknown for Manifest souls to attack at ranged via throwing, or to have taken some levels in Soulbow to maximize their ranged capabilities.

Advancement: While only available to characters with a heavy investment in the Soul Knife class, levels of Soulbow or Illumine Soul pair up well with a Manifest Soul's abilities, though a true Manifest Soul is far more interested in what he can find in the world than he is in fine point precision or planar exploits.

Resources: Manifest Souls generally do not join organizations out of lack of interest. However, it is not surprising to find one amongst organizations such as those frequented by soulbows, who study to improve their mind blade skills in their own unique way.

Manifest Souls in the World[edit]

Manifest Souls can fit into any setting that has psionics available, whats more, due to not needing to carry a weapon, they are usually seen as non threatening, if they are noticed at all.

NPC Reactions: If known as a Manifest Soul, most people will treat them as any other warrior, though people with high psionic power usually look down upon them as being incomplete manifestors.

Characters with ranks in Knowledge(Psionics) can research Manifest Souls to learn more about them. When a character makes a skill check, read or paraphrase the following, including information from lower DCs.

Manifest Souls in the Game[edit]

A Manifest Soul is still generally played as a Soul Knife, being able to fill most of the same roles as the base class.

Adaptation: The two builds allow a Manifest soul to fit into any sort of psionic campaign.