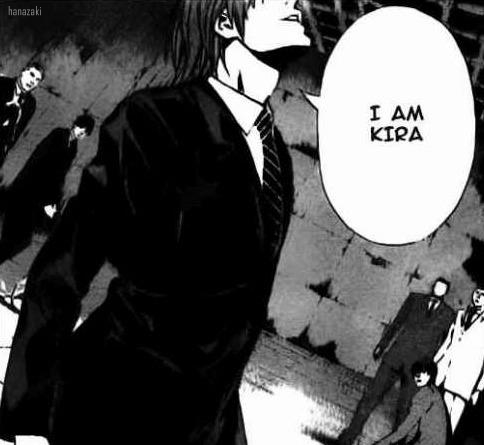 Kira was once a person who due to what he did in life, was seen by Nerull as fit to serve under him. Which Nerull is Neutral Evil and therefore can have chaotic clerics, Kira is quite different. Kira sees the deaths and killings his clerics do as justice rather then evil or good.

Kira doesn't care whether the person has good intentions or evil intentions for the killing so long as it has justice behind it. Kira's goal in life was to create an ideal world for everyone, even if he had to wipe out almost every living thing in it.

Since Kira serves under Nerull. Many temples that have Nerull in them, also we let people worship Kira there. Many lawful worshipers of Nerull or even Weejas will often also worship Kira if they have a strong sense of justice. About the only place a good worshiper of Kira can get help is a temple of Weejas (besides Kira's own temples which are extremely rare). 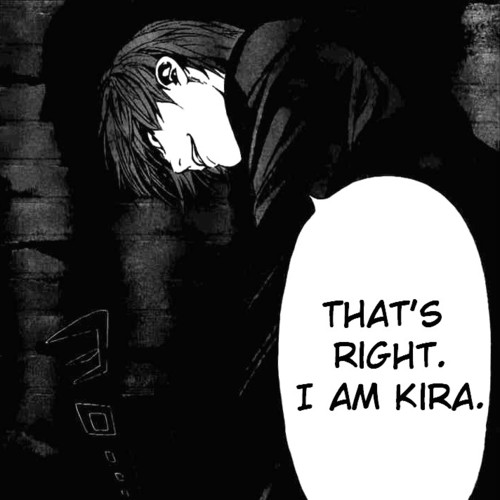 Kira has a special note book that he can write the names of his followers in to kill them to bring them up to him to speak, after he is done speaking with them, they return to their bodies as if True Resurrection had been cast on them. While Kira is speaking to his follower time is stopped in the other word, as to not interrupt the world's flow. Kira may also use this book to kill non-followers who he deems unjust. However he only does this in extreme cases.