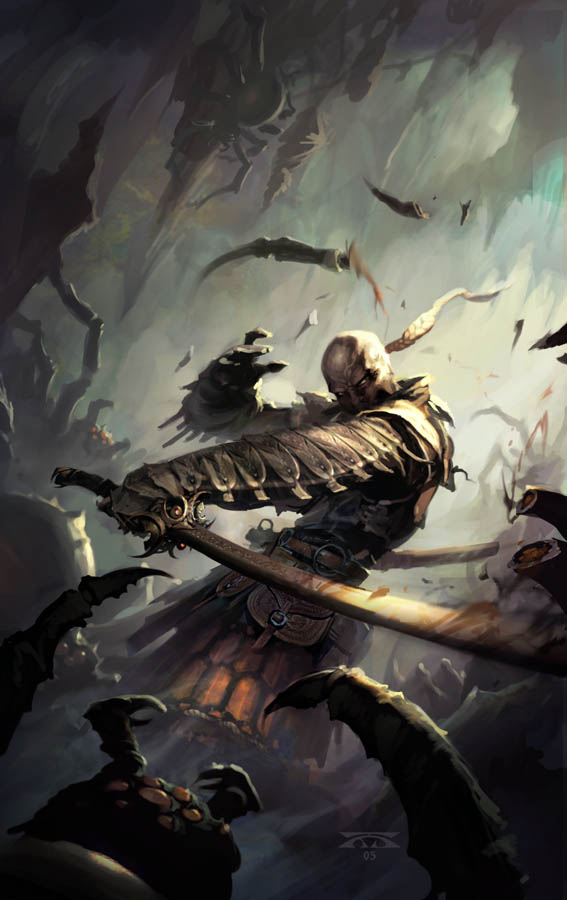 A hallowed bladesinger staving off a hoard of undead with the perfect blending of scimitar and sorcery!

A work in progress.

Spellcasting: At each indicated level, you gain new spells per day and an increase in caster level (and spells known, if applicable) as if you had also gained a level in an arcane spellcasting class to which you belonged before adding the prestige class level. You do not, however, gain any other benefit a character of that class would have gained. If you had more than one arcane spellcasting class before becoming an ancient bladesinger, you must decide to which class to add each level for the purpose of determining spells per day, caster level, and spells known.

Spellbook: If your spellcasting class relies on a spellbook or similar mechanic, you gain two spells of a level you can cast from the evocation school each time your spellcasting level improves in this class. You do not have to pay to scribe these spells into your spellbook, nor do you need to make a Spellcraft check to learn them. It is assumed you developed them during your downtime.