We all remember how awesome it was to play Squall in Final Fantasy VIII but i felt that the heroic actions to replicate his interesting weapon was indeed a fail. What gunblade would deal 1d4 as a medium slashing weapon? if anything this monstrosity should be treated as a Revolver with a longsword blade attached... which is exactly what i did to the page. In the DMG1 they had a blurb about d20 moderns "modern day" weapons... so using the revolver statistics and adding on a longswords slashing properties made this weapon somewhat more bearable in my mind. Any ideas on how to fix the Auto Trigger capability from the game short of a 5% lucky shot would be helpful. Perhaps rolling a d20 on the side and having guessed a number between 1 and 20 as to whether you successfully pulled the trigger, but only on a declared attack? 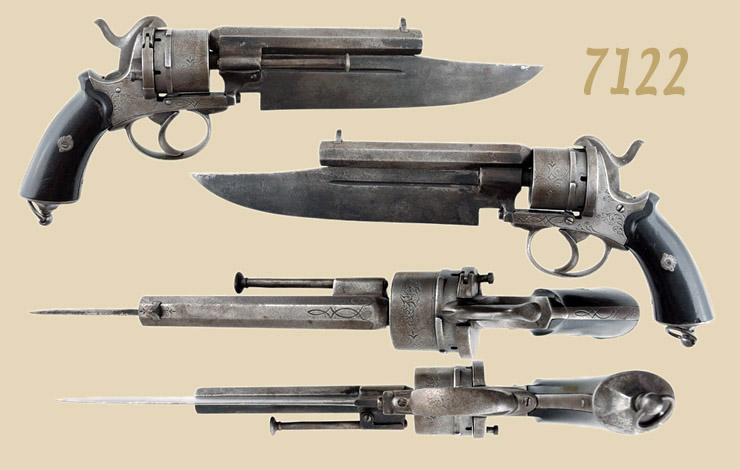 Note: Blade is longer than shown in picture

This Pistol like weapon has a blade attached to the barrel giving it the ability to be used in melee combat.

Lucky Shot: 5% chance that when being used in melee combat it will shoot off a bullet doing 1d8 extra damage.

Bullets in extreme heat(140 degrees and up) have a 50% chance of exploding dealing 1d4 fire damage per bullet to whoever has them in his/her pack.

A Gunblade holds 6 bullets (like a revolver) in a clip.

Loading a Gunblade is a full round action that provokes an attack of opportunity, you load six
bullets in at a time. You can shoot, but not load, a Gunblade with one hand at no penalty.
You can shoot a Gunblade with each hand, but you take a penalty on attack rolls as if attacking
with two weapons.