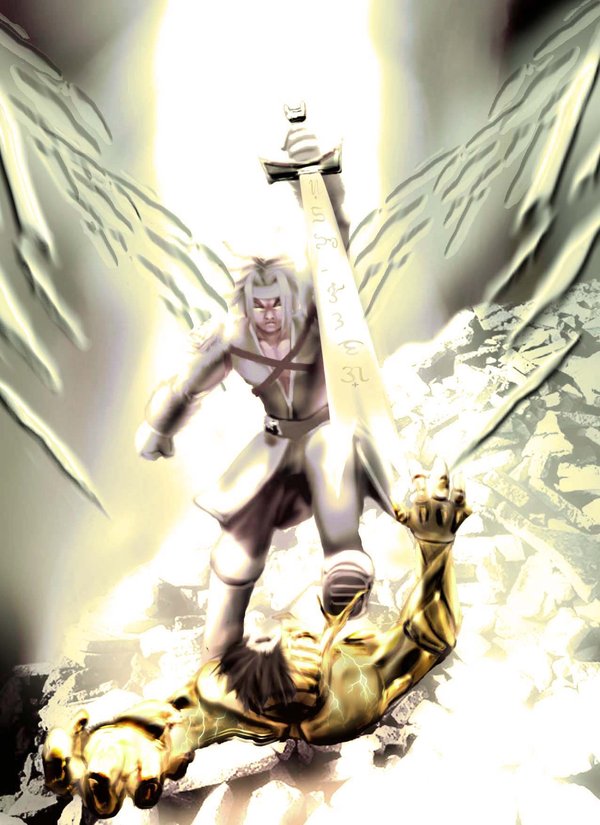 An otherwise normal human being can smite the wicked if he is devout, enough

You follow Balthazar, the God of the Righteous Crusade; Your fervor allows you to smite foes.
Prerequisite: Must be Lawful Good, Neutral Good, or Lawful Neutral; Must worship Balthazar
Benefit: Once per day, you can attempt to smite evil as if you were a paladin equal to half your total hit dice in level.
Normal: You must have the class feature in order to attempt to smite creatures.

Balthazar is one of the bearers of a Major Throne in the Pantheon of Tirr and is the primary patron of paladins, righteous knights, and crusaders of all houses and colors. He commands his followers to be ever vigilant and to fight back against the wicked. While other good deities may find his and his followers' zeal to be disquieting, it serves, ultimately, to keep the world of Tirr a safer place.

Truly devout followers of the god of righteous crusade are able to invoke his power through their passionate hearts and righteous fury toward the wicked. While they clearly aren't as powerful as a seasoned warrior who has spent his entire life serving against the forces of evil, the surge of divine power can still be shockingly potent against evil foes.