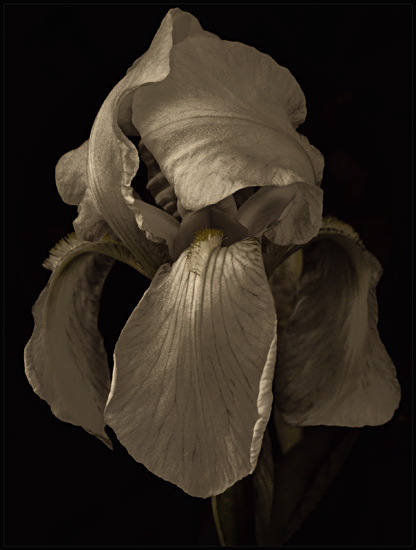 The deceptively peaceful bloom of a resting flowering death.

Trish searched for the next hand hold above her as tears continued to slide down her cheeks. How had this happened? They had torn down civilizations, fought entire armies by themselves, and lived! But, now, she was the only one left. Desmond had been the first to fall, his blood splattering across the ground as he crumpled onto the floor, his eyes not seeing anything before him. Next had been Alex, she had been drug away, still alive, still screaming, still pleading for death. Then Arther and Naomi, they had died in each others arms at least. Then Jacob, Ramond, and Lynn. They had been coming after Trish then, but Trish had ran, she had ran faster than she ever had before, her hair and clothes soaked with the blood of her friends. Then she was here, on this wall, climbing to an unknown location, just climbing for a sense of purpose. She eventually reached the top, and drug herself up onto the flat surface it led to, her body limp, having been pushed to its limits by adrenaline. She lay there for what felt like a very long time, simply crying into the earth beneath her, but then she heard it, a whisper of motion. Her head sprang up, and, in the instant before she died, she saw it, another one of them, a black flower, borne aloft on its roots.

Flowering death are dangerous and volatile things whose existence is hardly ever even realized, seeing as they tend to live within some of the darkest, deepest, most secluded locations that things can live in. The first flowering death ever discovered was found approximately 1.5 miles underground, and managed to kill half of the exploration team as they attempted to capture it. From experiments on this particular specimen (before it escaped the arcane biologists who where studying it and the surrounding countryside was burned to try and contain the plant) a theory arose that the flowering death came about as the result of the resonant forces given off by particularly powerful, evil creatures (such as phanes or evil elder titans) affecting the world around them and congealing around fungi and other plant matter, strengthening them. Of course, this theory has been ridiculed and shot down by many authorities who believe that a beings energies could not possibly create something that is stronger that the original being was, as would be the case if the theory were true. Though, the debate is still being had. Many who are aware of the existence of flowering death are also aware that there is speculation that, somewhere, far underground, there may be field of flowering death, that have grown larger over the years.

Flowering death are violent entities that will attack virtually anything on sight. Though, for whatever reason, they seem to refrain from doing so when a being smells like Basil leaves (DC 100 Knowledge (Nature) in order to know this). In battle, flowering death are strangely clever. They first wait for their foes to come within their reach, and if they haven't already succumbed to the toxic fumes the flowering death releases, they strike them, many times, tearing out flesh, draining out life energy. If their enemies survive this initial assault, then they will activate their fear aura, driving their foes back and lashing them with their tentacles as they run. If they still survive this then the flowering death will employ it's slow and steady ability, and continue using it's fear aura.

Blindsight (Ex): A flowering death can “see” by detecting the smells of everything in the air around them, allowing them to locate objects and creatures within 200 feet via scent.

Damage Reduction (Ex): The hard rinds that encases a flowering deaths body seems to deflect every blow that is directed at it. Subtract 150 points of damage from any attack that is landed against a flowering death that is made from a source that does not deal good damage.

Immunities (Ex): The body of a flowering death seems to be nigh impossible to harm, and seems to never tire. In addition to the immunities gained from being a plant, a flowering death has immunity to ability damage, ability drain, confusion, chaotic effects, disease, death due to massive damage, death effects, energy drain, evil effects, exhaustion, fatigue, fear effects, flanking, nausea, and petrification.

Improved Evasion (Ex): A flowering death can avoid even magical and unusual attacks with great agility. If it makes a successful Reflex saving throw against an attack that normally deals half damage on a successful save, it instead takes no damage. Additionally, it takes only half damage on a failed save. A helpless flowering death does not gain the benefit of evasion.

Regeneration (Ex): Flowering death grow extremely quickly, granting them regeneration 300. A flowering death takes normal damage from attacks that deal negative energy, good-aligned weapons, and spells or effects with the good descriptor. A flowering death that loses a piece of its body regrows it in 1d4x2 minutes. Holding the severed member against the stump enables it to reattach instantly.

Slow and Steady (Ex): A flowering death can fight with some of the most incredible skill imaginable, taking actions that even the most weathered of warriors could not manage. As a swift action a flowering death can take a −15 penalty to it's Dex score for a single round, and then treat a full-round attack option as a standard action for that round.

One thing must be kept in mind if this creature is being used, and that is the fact that this creature is not actually intended to actually be approached and fought in a normal game, seeing as a normal character attempting fight one would almost assuredly lose. It is intended for specifically higher level games and peculiar situations only. A series of examples follow: