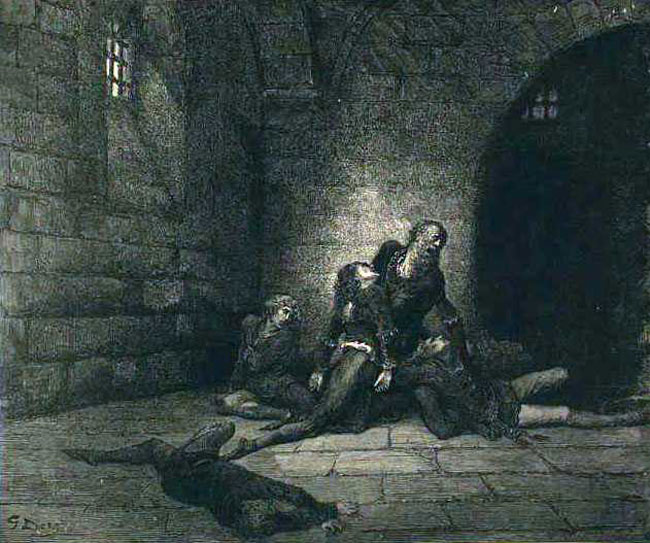 |350px|thumb|The warrior monk lays down his last two opponents in defense of his abbey.]]

Warrior monks are martial guardians for monastic and religious orders that, although they may have regular monks, emphasize unarmed combat abilities over the spiritual enlightenment that most monks seek to attain. While warrior monks come to an understanding that they will likely never attain what monks discover during their lives, they are not bitter or unhappy about their selection since they serve a vital and important duty within their organization. Within these organizations, warrior monks are ultimately at the service of the grand master of the order. Warrior monks end up traveling extensively throughout their lifetimes doing tasks for their organizations. They travel the worlds dealing with caravans from monasteries to deliver goods, guarding treasures being relayed through the country to their head abbey, and escorting groups of monks when on long and dangerous journeys. While traveling with a group they tend to take their duties extremely seriously and seek to protect them from anything they consider to be an outside threat.

Warrior monk's religious preferences are highly individual. Some take to worshiping a deity of the same alignment. This is most common if the warrior monk is part of a temple program or if they decide that they wish to follow the practices of a specific religion. However, it is also not uncommon to see warrior monks that are dedicated to spiritual and personal enlightenment. Warrior monks are similar to regular monks when they come to combat roles, though the warrior monk is more adept at combat than a monk is. The warrior monk makes an excellent damage dealer and can freely move around the battle with tumble to help dispose of casters or other high damage dealers, but they lack the hit points for a toe-to-toe slug out with some of the classes that can wade through combat with little regard to per use abilities, such as fighters.