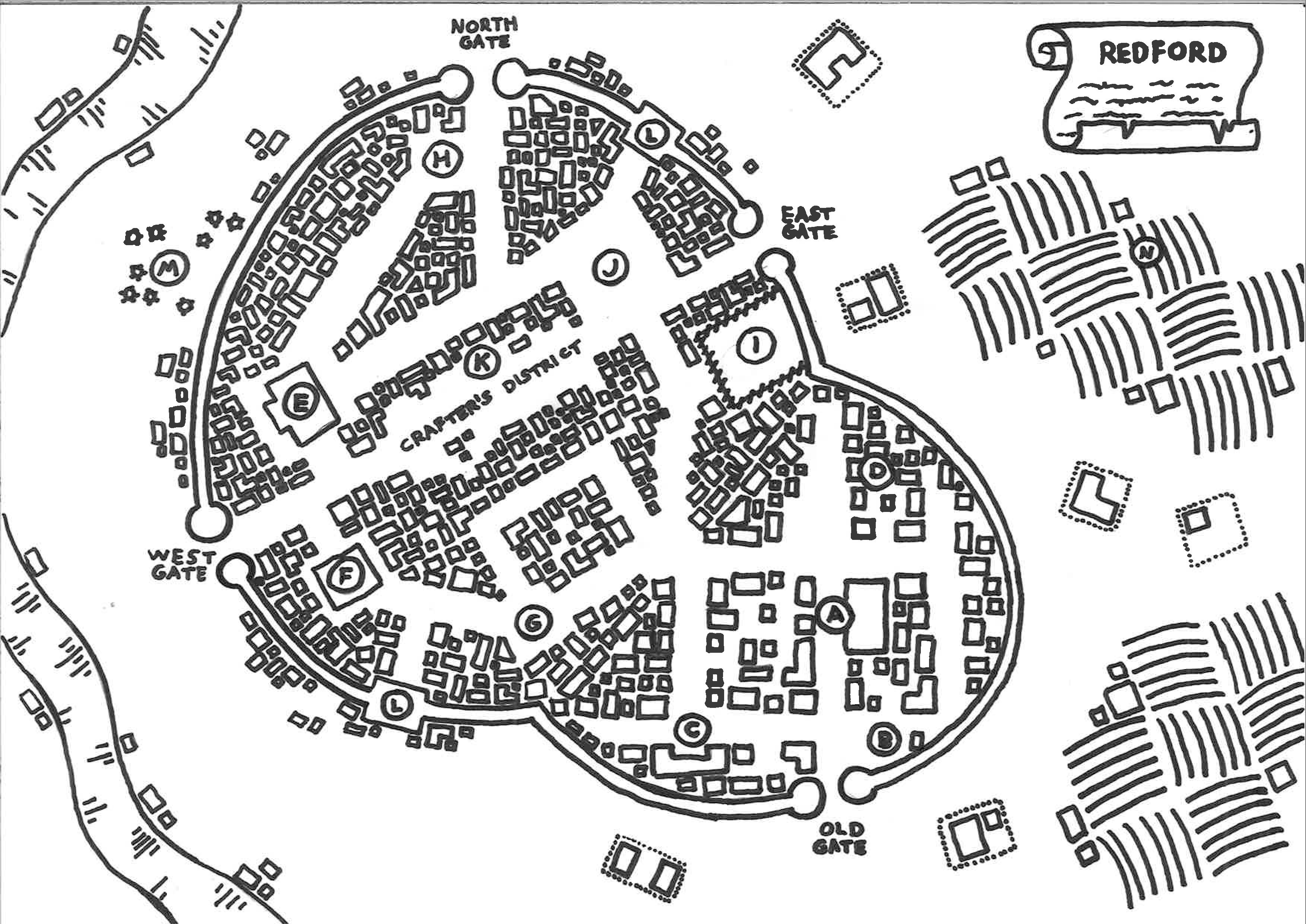 |thumb|300px|The city plan of Redford, with the locales marked.]]

Redford is peaceful and stable on the outside, but inside there's agitation: the current power-struggle between the traditional nobles and the zealous Aurites has strengthened the old-fashioned division of the city into the old and prosperous south and the poor north. Goblin activity in the north, especially the Lowlands of Hundon, has increased notably. The citizens bordering the city and those in the close-by settlements live in constant fear of molestation. Redford is on the verge of great change; a party of adventurers can easily tip the balance, but which way?

Redford is traditionally a human settlement, but even from the beginning has had a notable minority of dwarves living in it. Currently about 15% of permanent residents are dwarves. Most work as artisans, blacksmiths, craftsmen, hunters and cooks and on average are wealthier than humans. Humans, on the other hand, have a greater gap between the rich and the poor. The former work as alchemists, artists, bankers, councilors and diplomats (and many have inherited their high position; Redford is a town of nobles), whereas the latter work as farmers, laborers, merchants and hunters.

Just outside the northwestern wall is a large encampment of dunners, who are considered "questionable folk", especially by the wealthier people. On the whole, however, Redford is a more-or-less multicultural city, and almost any race can be seen walking its streets. Even goliaths can occasionally be spotted.