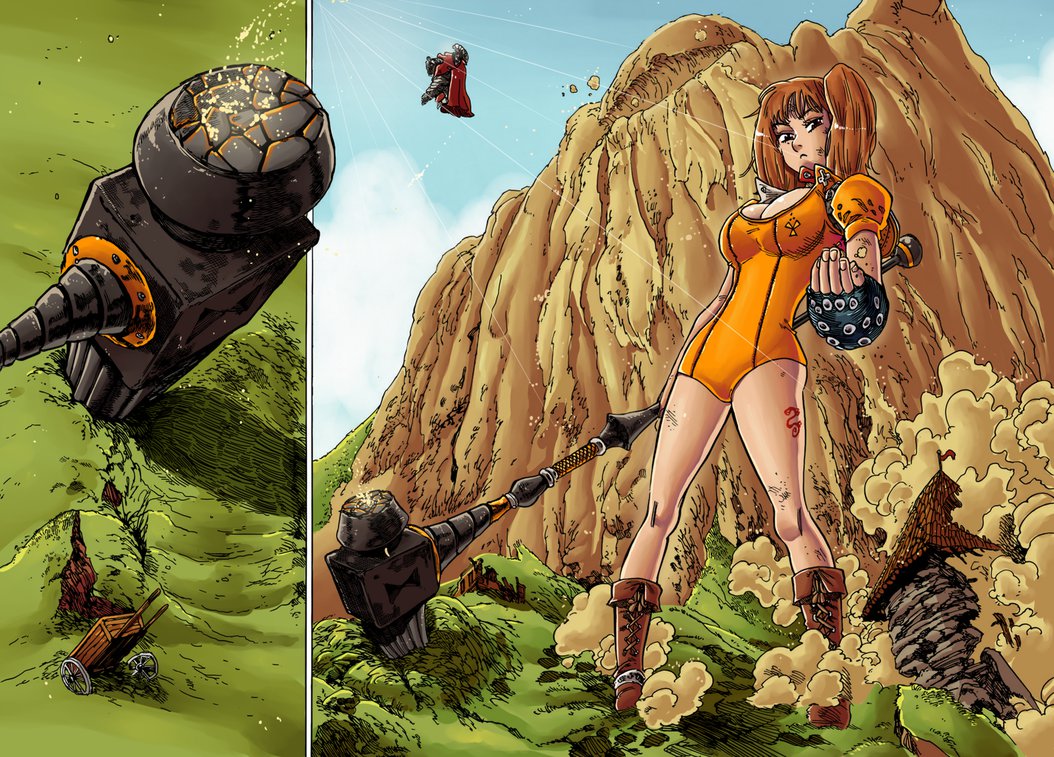 Earth giants are known for their deep connection to the primordial earth, which grants them the ability to naturally manipulate it in ways that others can only hope to attain through training and practice in the arcane. Earth giants, like their giant brothers and sisters, were said to once live in great cities carved from mountains using their great size and collective might. The parts of their capital, Voninheim, that jutted into other planes were frequently improved upon by the earth giants, who found their ability to manipulate earth quite useful while within the plane. However, when the great war between the giants and the dragons erupted, the connection between the two planes collapsed. Now, most of what remains of the giants can be found in the isolated and unexplored regions of the world, in solitary within forgotten cities, and in the confines of uninhabitable mountains. Those that are bold enough to venture to the Elemental Plane of Earth will speak of the ruins of the legendary city of Voninheim, a city so great that it once rivaled that of the dao's City of Jewels, the self-proclaimed earthen capital.

Earth giants share the same societal values and expectations as the rest of the giants and are related by common elements of history, religion, and culture. In the time of the dragons, earth giants had a specific place in society, as all giants did. They were generally widespread within the disciplines of engineering and art. However, being separated from the majority of their kin for so long has caused them to learn to fill many of the roles they previously didn't occupy, learning to use their earthen magic for combat, crafting, and other practical uses in their time residing within the Elemental Plane of Earth. A sense of completeness and fulfillment can be felt by all earth giants while in the Elemental Plane of Earth. However, while most earth giants keep to the strong traditions associated to their home, some make the journey into the known world with dreams of restoring their race's place within the Material Plane, with divine orders from their god, or perhaps an important task from their clan's leader.