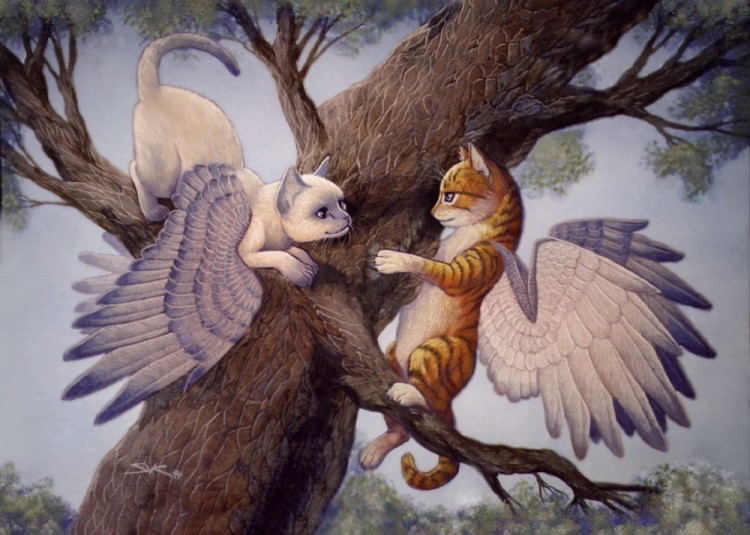 Exceeds Personalities are as diverse as humans, they generally have a happy, flamboyant and optimistic personality.

They look like a large cat, their fur can appear normal but can can be just about any color. Exceeds have magical wings which they can make appear and disappear.

Most of them afraid of other races, as they are generally picked on.

most exceeds are true neutral

most exceeds live in Edolas, but others went to other material planes