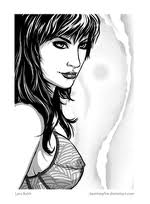 Emopires are the children of humans and succubi or inccubi. They can feed on fear, anger, and lust. Though their constitution is low they make up for this in the fact that unlike most predators they look exactly like their pray and even act Emopires aren’t killed or even weakened by sunlight, crosses, or garlic. Instead they are burned by true love. Because of their weakness, Emopires hardly ever use direct methods tending to stick to subterfuge. Always be wary of a Emopire they will always act on whatever they think is their benefit.

Emopires will do anything that pleases them. They have a very subversive nature and tend to stick to backhanded tactics. They are however always be driven by the need to feed. They will also avoid true love at any cost as it can harm them, causing burns.

Emopires look just almost like humans. They are generally very pale with dark hair and grey eyes. Also Emopires can’t be unattractive, thanks to their demon parent.

Thanks to their over-attractiveness and the constant Psychic manipulation of others, Emopires get along with any humanoid that doesn’t feed off of humans.

Though they can choose good or evil, Emopires are usually neutral choosing whatever benefits them the most.

Emopires don’t have land to call their own. They live with human disguised as humans.

While the Emopires aren’t opposed to most religions it is very rare to find one that actually worships a deity.

Emopires can learn most any language simply because they can feed on most humanoids.

Emopires have picked up the habits of humans and name their children the same way.

Well feed: After three successive feeds an Emopire becomes well feed. When your character is well feed it gains +2 to dexterity and strength. This effect will last for the next three of the player’s turns after the third feeding. Under feed: After three battles that an Emopire hasn’t feed it becomes under feed in the next battle. The Emopire will then try to feed on a random creature, roll a die equaling to the number of players and creatures in battle with you the numbers are assigned in progressive order according to distance. The Emopire can’t perform any other action until they have feed, it will continue feeding on random creatures. If the Emopire doesn’t feed successfully by the end of the battle it will die. While under feed an Emopire gains a +5 against enemy will saves check and -4 to strength. If a critical is rolled the enemy is automatically killed, if not it does normal damage. The effect of under feed end immediately after the Emopire has feed.