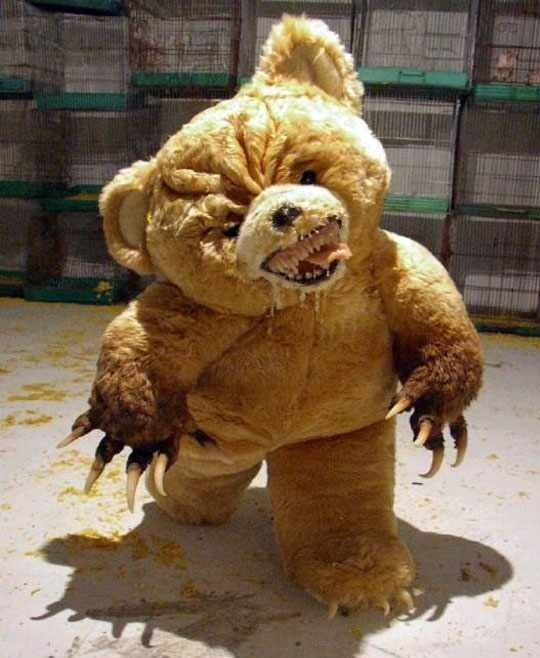 Death teddies are mean bears with a bad disposition and brown fluffy fur.

A death teddy attacks as if in a rage, without thought for its own safety. Its only goal is to destroy.

Plasma Beam (Su): Death teddies have a breath weapon of plasma that shoots in straight beam. It has no save and it will stay on the creature hit for three rounds dealing 1d12 fire damage.

Cute Charm: Death teddies have a special ability similar to frightful presence, just the opposite. If a creature fails a will save of 26DC, they are compulsed to serve the death teddies every command, this effect last for 1d4+1 rounds on a creature who fails its save, giving the teddy complete control, but if the creature saves, it can not be affected for 24 hours by the same death teddy.