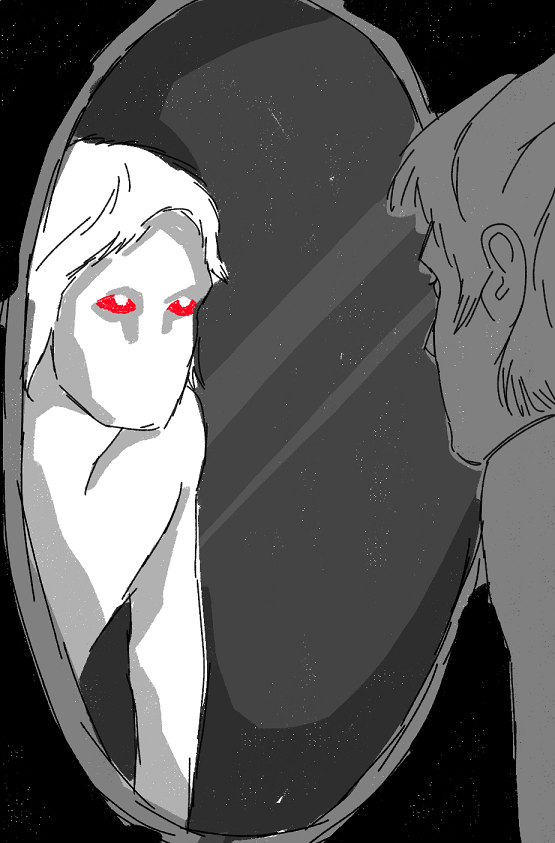 You have received some form of curse. Perhaps you angered a higher power or someone skilled with magic, regardless it has led you to this point. Was it your actions that caused this misfortune, or do you feel as though the hammer has come down on the wrong person? Curses are not easily bestowed nor easy to remove, and you may have decided to whole heartedly accept your curse, no matter what it may be.

Curses are sometimes of a mundane variety, from tools breaking, food souring, minor items disappearing, or they may be of a more arcane variety; Your face may be impossible to remember, or you find yourself unable to speak at times, or you may have found yourself in a different body entirely. The nature of the curse is typically founded in the manner of it's creation, however, though the meaning may be more or less poetic depending on the reason behind your curse. Did you merely irritate the wrong person, or do you suffer the consequences of someone (or thing's) wrath?

Regardless, curses tend to make one's life more difficult. While you may have learned to live with it, as a cursed individual typically you spend most of your time travelling—either away from angry villagers or because your curse may prevent you from staying in one place for too long (perhaps after your presence has rotted out every stool in the inn.)

Languages: Common, and any 1 (including any exotic languages)

Equipment: Traveler's clothes, a warm blanket and bedroll, a cloth sack, and a pouch containing 10gp

You were cursed by something or someone. Roll on the table below to find out who/what it was.

This section may serve as more of possible inspiration, however some things to keep in mind when determining the affects of your curse: Who/what cursed you, and why? A curse from a divine being may differ greatly from one cast by a person.

Regardless of the origin, however, it is important that no curse be completely unlivable—you may have not been intended to live very long, but curses are typically cast in such a way to draw out suffering and earn some sort of retribution. All curses have some form of cure—this may range from simply earning the forgiveness of the one who cursed you (or, not so simply, if they're dead) to having to sacrifice much of yourself. The way to lift a curse is related to its cause.

This list is by no means exhaustive, and the in-game affects may be up to your DM. How your curse is conveyed to others may be more or less apparent depending on how obvious it is.

There is something about you that tips others off, often sparking wariness. Perhaps it is some sort of aura: animals reacting poorly to your entrance or a simple air about you that indicates something is wrong. Or, perhaps, something is more obviously amiss about you, such as strange marks or scars. You may or may not be fully capable of hiding this fact until the time calls for it, but it is always apart of you, and may slip out when the moment is inopportune. Civilians and other folk who wish to avoid trouble may ignore small crimes or trespasses, however be wary: depending on the nature of your curse, clerics and other holy persons may in fact have their attention drawn towards you, and mages with less scrupulous research practices may become a little too interested in your physiology and the nature of the magic that affects you.

People have a difficult time recalling your name or face (or both.) You easily slip into and out of crowds so long as you don't stand out too too well but could easily get away with things others could not, as your presence is easily forgotten. Any wanted posts with your face on them may vary widely or only faintly resemble the real deal. Your relative unremarkability may mean no one will sing your praises in any towns or bars but may allow you to enter and exit normally private areas—so long as you either reasonably play the part of someone who should be there or stand just out of view. However, this "out of sight or of mind" lifestyle may include members of your party, so perhaps wear an audacious hat or something to keep their attention.