The symbol of the Church

The first and largest organized religion of Vasuda, this faith is often credited as the single most important civilizing force of Vasuda.

The Church states the world was discovered by Saint Cuthbert on his cosmic quests against evil and chaos. He found Vasuda to be a realm of chaos, as its 'sentient' races lived in ignorant sin and misery. Lord Cuthbert sent his divine emissary to three siblings he deemed worthy to establish the faith. The emissary taught the new shepherds of the faithful (named Leon, Kyree and Hallan) the laws of the Church, and commanded them to spread civilization to all corners of the world. According to legend, Leon, Kyree and Hallan founded the Order of the Rose, the Order of the Stars and the Order of the Templar, respectively. Together, they wrote the Word of Lord Cuthbert, a text that conatins the commands of the emissary. The three siblings then went to spread the Word and the Church of Lord Cuthbert.

At this point, history is considered to begin, as the Church records its efforts to bring the sentient races into the fold. While most of humanity took the Word to heart, elves, dwarves, and gnomes were slower to adopt the faith. Halflings were willing to follow the rules of the Church, but never became true believers in any real sense. The burgeoning Church slowly brought together the elements necessary to create a civilization that spread throughout Remia.

The Church of Lord Cuthbert is divided into three wings, or Orders. Each of the three Orders are organized on their own basis, but each sends a representative to the form the Council of Parsé, which decides the directives of the Church as a whole.

The Order of the Rose[edit]

Leon interpreted the words of the emissary as an order to bring as many to the fold as possible. To this end, he recruited followers to spread the word as far as possible.

Clergy and clerics of the Rose form the religious basis of the Church, and serve as the counselors and comforters of the Faithful. They tend to focus on the intent of the Word, rather than literal interpretations. In their general opinion, the Church is most prosperous when the flock understands and believes the meaning of the Word, and devote their time to inspiring the laity. Clerics of the Rose are ranked based on their capacity to serve the flock: those who are most capable often serve in parishes with high demand, while those who may not be quite as personable work as administrators, keeping track of churches and their leaders. The Representative of the Order of the Rose in the Council of Parsé is the leading cleric of the central church of the city of Parsé, and is often a scholar of the Word and its various interpretations, deciding which view best serves the Church and the Faithful.

The Order of the Stars[edit]

Kyree construed the orders of Saint Cuthbert to emphasize religious purity. She created an order dedicated to purifying the Church's involvement in worldly affairs.

Members of this Order firmly believe the Church is the right and proper civilizing force of Vasuda, and that all others are imposters. They tend to be focused on the literal interpretation of the Word, and insist culture is by uniform agreement, not individual interpretation. They are also mostly concerned with worldly affairs, and in the first millennium of the Church, they served as the leaders and administration of cities across Remia, enacting and enforcing laws across the land. During and in the wake of the Schism of 1025 KTR, as cities run by the Church declined or rebelled, fewer and fewer clergy of the Stars were necessary. Those who did remain slowly became more ardent in their concern for the purity of the Faith, and some even began using wizardry to pry into the minds of suspect laity and clergy, earning a reputation amongst the Faithful as the most frightening wing of the Church. These tactics did prove useful in thwarting sabotage and assassination during the Templar-Nod wars.

Ranking within the Order of the Stars is confusing to the outsider, though it is mostly based on devotion and results. The Order of the Stars, as the only religious sect involved in secular concerns, asserts more control over Church politics than the other two Orders, and its Councilor is often able to persuade the other Councilors to their point of view.

The insignia of the Knights

The Order of the Templar[edit]

Members of this Order are not necessarily the most intelligent, the most compassionate, or the most versed in the Word. However, none question their devotion, as Knights of the Order of the Templar are willing to lay their lives on the line in order to protect the Faithful. Knights are often dispatched to regions where beasts threaten clergy and laity, and serve as the honor guard for the most valuable artifacts and members. For the members less versed or talented in the arts of combat, they serve as historians, collecting cataloguing and preserving the precious histories of the Church, and by extension, the world. All sentient races agree upon the Knights' Templar Reckoning as a universal standard for time.

Ranking with the Order of the Templar is a clearly defined, military-style chain of command. Those who have proven themselves above all others are sent as Councilors to the Council of Parsé. Here, the Councilor often serves to provide a new viewpoint in debates, and as a final arbiter if the Councilors of the Rose and Stars cannot reconcile their differences.

Because of Tiberium's innate ability to disrupt contact between mortals and the divine, the Church of Lord Cuthbert works tirelessly towards the elimination of the crystal. As Tiberium becomes more common, the Church still fights to reverse its growth, but is willing to weaponize the crystal in the equally ceaseless fight against the Nod. Should Tiberium ever engulf all of Vasuda, the Church will begin work to adapt to the Tiberium landscape and develop ways to prove the existence of Lord Cuthbert, despite the lack of his presence. 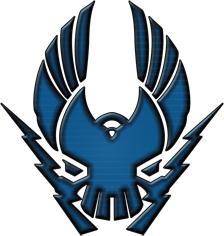 The motif of the Steel Talons

The Templar's standard doctrine of war is usually based on brute force: either the siege of castles and villages, or the slaying of hostile beasts. During the Templar-Nod Wars, these tactics prove ineffective against the small and flexible military of the Brotherhood. The Knights adapt their operating procedure to defend key areas against attacks from the Nod, until they can locate Nod leadership or industrial bases. Then, the Templar moves with swift, brutal and overwhelming force to eliminate the target. While this style of warfare is very inefficient, the Templar has the resources to survive against the Brotherhood's surgical strikes. Sometimes, though, brute force won't do. For these cases, the Steel Talons, an elite subsection within the Knights, is called. These task forces are capable of surgical strikes as well as the Nod, and can wreak havoc behind enemy lines.

While the Church wasn't blessed to have the Tacitus from the onset, various scientists loyal to the faith work tirelessly to supply them with the tools to combat Tiberium and the Nod. This, combined with technology scavenged from the Nod, allows the Church to keep abreast with Nod technology.