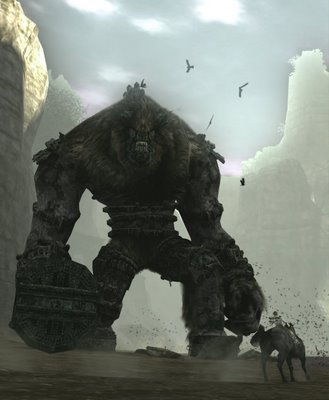 So muscled as to almost seem a characature, the man-like form is certainly real. It's dark eyes glare and flash as menacinly as the storm that follows it.

As a dryad emobies the forest, and the Nymph natures beauty, the Child of Earth and Storm is the ultimate expression of its fury.

A Child of Earth and Storm does not speak any language, though most understand Common and Giant.

Frightful Presence (Ex): When a Child of Earth and Storm attacks or shouts, all those within 30ft must make a Will save (DC 32, Charisma based) or Panic. Those who make their save are immune to that Titan's Frightful Presance for 24 hours.