When creating your characters, you should understand what type of characters that the DM wants in his game. This will help the DM get the genre and feel that he wants to present in the game. You will also create a character appropriate to the game before you.

Your character wants to cooperate with others to achieve their goals. Team-oriented characters are the cornerstone of a party.

Instead of a two dimensional chart of Lawful to Chaotic and Good to Evil, add a third dimension of Honorable to Dishonorable. 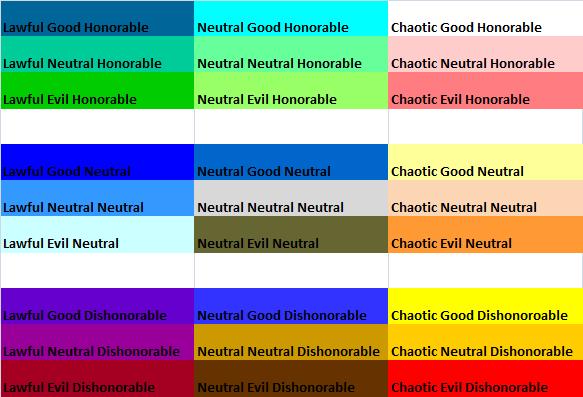