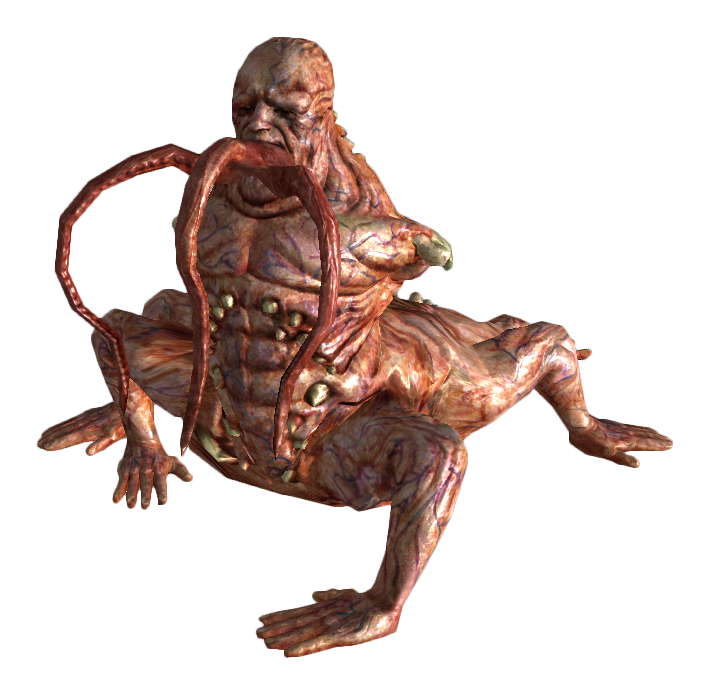 A Nasty combination of Human, Dog, and other animal DNA with FEV.

Centaurs are the result of combining various kinds of animals and people and infecting them with the Forced Evolutionary Virus. The result of this created horribly disfigured creatures with little intelligence and an affinity for their super mutant masters. They lack feet, which are substituted with human arms which confines them to a slow, shuffling type of movement. Centaurs are rarely found wandering alone, so they may indicate that super mutants are nearby.

They spit slow moving, acidic projectiles as a ranged attack which may ignite nearby gas leaks, but is relatively easy to dodge. This acid spit has a range increment of 20 feet. When up close, the centaur whips its tongue at its enemies. They most often try to use their radiactive spit against the player, but will use their tongue if you get close. They are mostly silent, moving or not. The only time they make noises is when they attack, this is the most dangerous aspect of Centaurs, as they can ambush the players when they focus on super mutants or other enemies, or the player with low Perception.