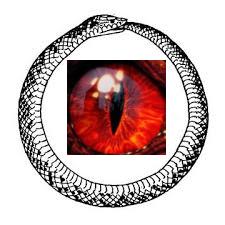 Cain the Necromancer was once but a simple mortal man, but by sheer determination he rose to the ranks of godhood. Decades of study led the still mortal Cain to devise a spell that would allow him to permanently absorb the soul of a living being and use it to fuel his rise to godhood. Decades after he turned himself into a demigod, Cain still wanders looking for more and more souls to power his ascent. Taking the form he held previously as a mortal man Cain makes his way across the world gathering his power and plotting his ultimate victory over all.

Cain maintains a cool, detached demeanor to all he meets and general will not harm those he meets unless he desires their soul or they annoy, bore or anger him in some manner. And Cain is often bored, annoyed and easily angered by those he meets.

The most infamous of the skills possessed by Cain is his signature ability, Devour Soul, the spell he devised and used to reach demigod status. His status as a demigod has left him more than a match for most opponents and he long ago ensured his death would never be truly permanent by infusing numerous regions of the world with a fraction of the souls he has absorbed. This curses the land, poisoning everything within and leaving it the haunt of undead monsters. Only the most powerful clerics and magic users can remove these foul blights on the land.

Cain's servants are inevitably undead or mortals who serve him in an attempt to ally themselves with a being whose power they dream of attaining. Necromancers make up most of his mortal servants as they often seek to learn at the feet of a true master in the arts.