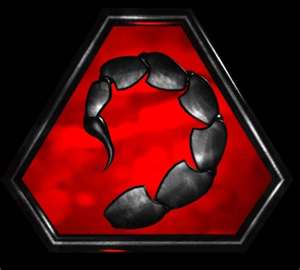 The emblem of the Brotherhood

This organization emerged during the first Knights' Templar-Nod War, though members claim that it has existed for millenia. While its primary goal appears to be the spreading of Tiberium, it also projects itself as a bastion for the exiled. The Brotherhood's true strength lies in its ability to unify the disenfranchised of the world.

The Brotherhood claims to have been founded millenia ago, always offering shelter and brotherhood to the exiled of the world, yet always remaining in the shadows. While the Templar is quick to denounce this, the Nod appeared to have members around the entire world when it emerged from secrecy. The Nod claims to have played a major role in world events, such as the discovery of Tiberium and the establishment of Roman Seperatists.

The Nod sees Tiberium as a tool of 'Ascension,' a vague religous belief that all Brothers work to bring about. The Prophet Kane's scrolls urged Brothers to spread the crystal throughout the world, except in areas vital for human survival, such as the crops of Rome. The Brotherhood possesses an innate understanding of the crystal, lending to the theory that they had released it. They lead the world in knowledge about Tiberium, and often incorporate the crystal into their weaponry. 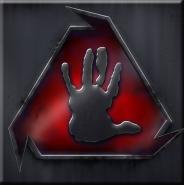 The symbol of the Black Hand

While the Nod holds a clear technological advantage over the Templar and have a much larger population willing to fight, their members are rarely well-trained. Instead, the Nod makes use of its technology (the 'Technologies of Peace') to lead a series of devastating surgical strikes. This guerrilla warfare allows the Nod to make use of every follower. However, the Brotherhood is capable of holding its own in a major battle, though not for long. In major battles, the Nod makes use of barely trained Brothers with more faith than weaponry or armor, paired with specialists using the most advanced technology available to the Brotherhood. An important asset of the Brotherhood has always been the Black Hand of Nod. This elite division is made of the best trained Brothers and Sisters with the best equipment, and is often trusted with the most vital operations.

The Brotherhood is the leader of experimental technology. Thanks to having a piece of the Tacitus from the outset, they had a significant technical lead over the rest of the world. However, much of the technology outlined in the Tacitus is far beyond the capacity of the Vasudans to build. Thus, the Nod used the information about Tiberium to create things like Pitals and combustion engines.

All Brothers follow the Dead Prophet Kane of Sarajevo's teachings. The Inner Circle, an elite cadre of specialists, is in charge of all major decisions. Members include Anton Slavick, High General of the Black Hand, Abbot Costello, the top researcher of the Nod, and Confessor Marcion, organizer of the religious aspects of the Nod.