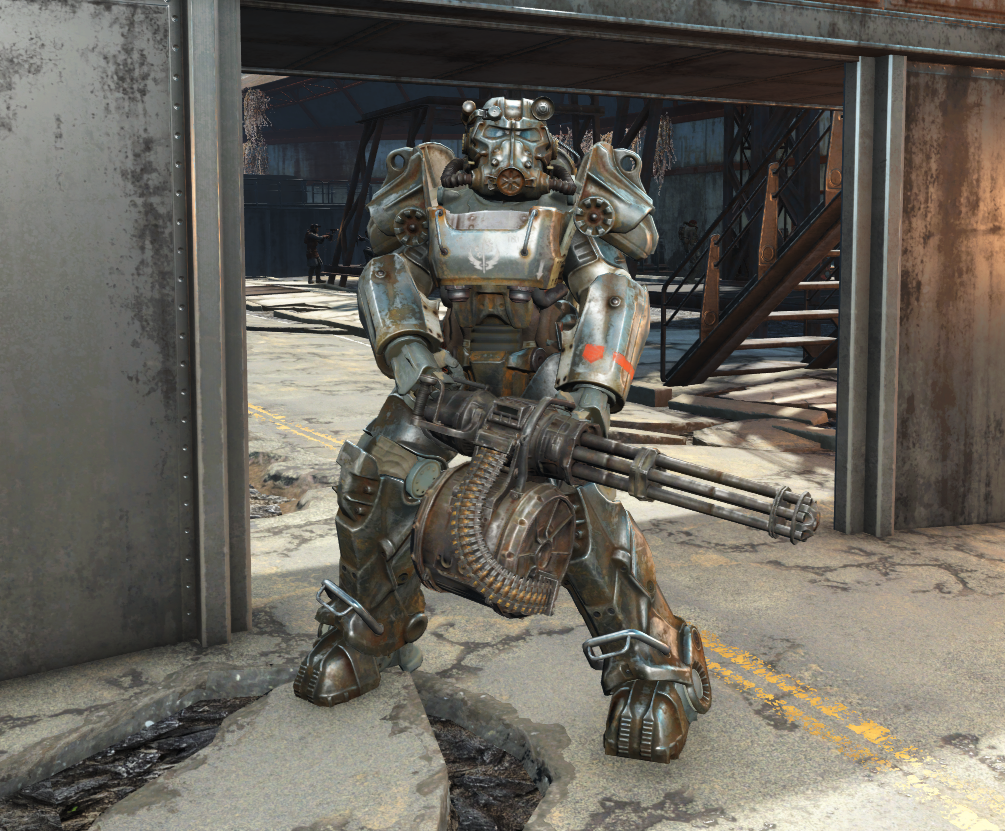 The bulk of the Brotherhood of Steel ranks

Brotherhood soldiers are responsible for collecting technology across the Commonwealth and enforcing the will of the Brotherhood. Soldiers who display exceptional loyalty and valor are promoted up the ranks, gaining more formidable gear along the way.[1]

While most of the Brotherhood's soldiers came with them from the Capital Wasteland, many inhabitants of the Commonwealth have also come under their wing; from former Gunners, to those who simply want revenge on the Institute and their synths, no matter who gets in the way.[verification overdue]

Initiates in combat will form the rear flank of an assault, with paladins and knights taking the front lines.

Valor (Ex): All BOS party members gain a +2 Dex Bonus while 3 or more BOS units are in the group (must include 1 Paladin).