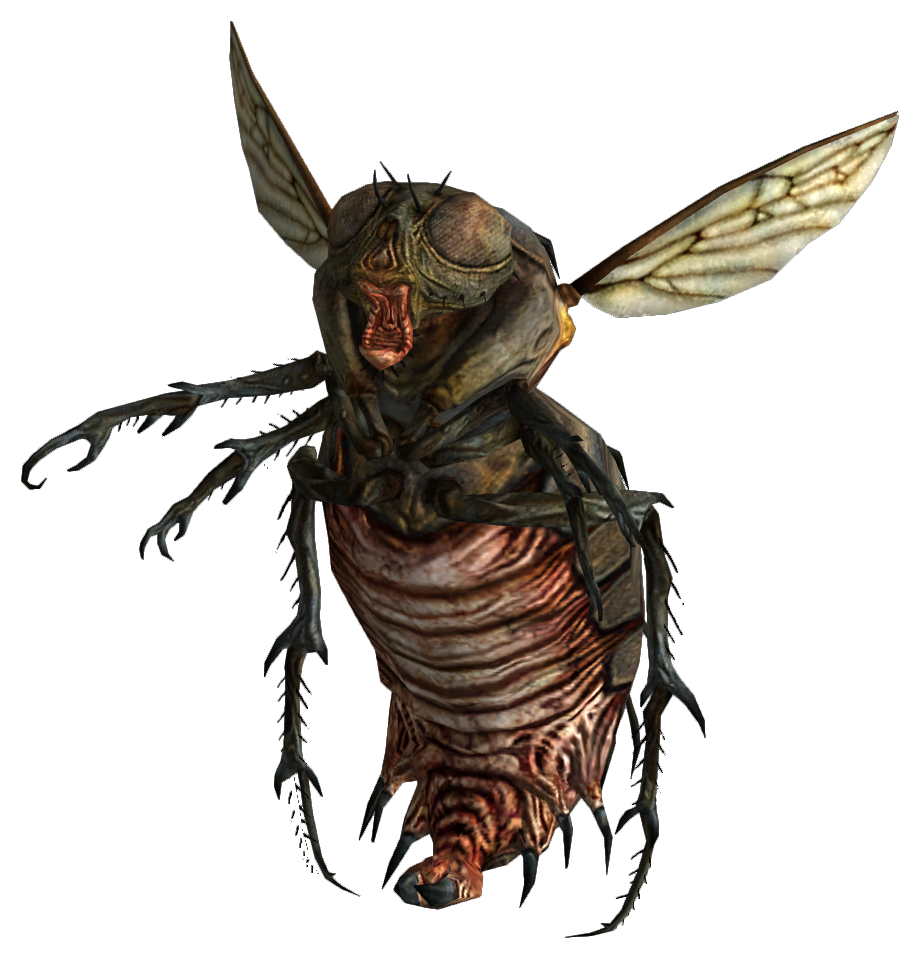 The bloatfly is a giant mutated blowfly. Bloatflies attack at long range by peppering their prey with spine-bedecked larva launched from its abdomen. They tend to attack in groups, and their ability to attack from a distance can make them significantly more dangerous than radroaches.