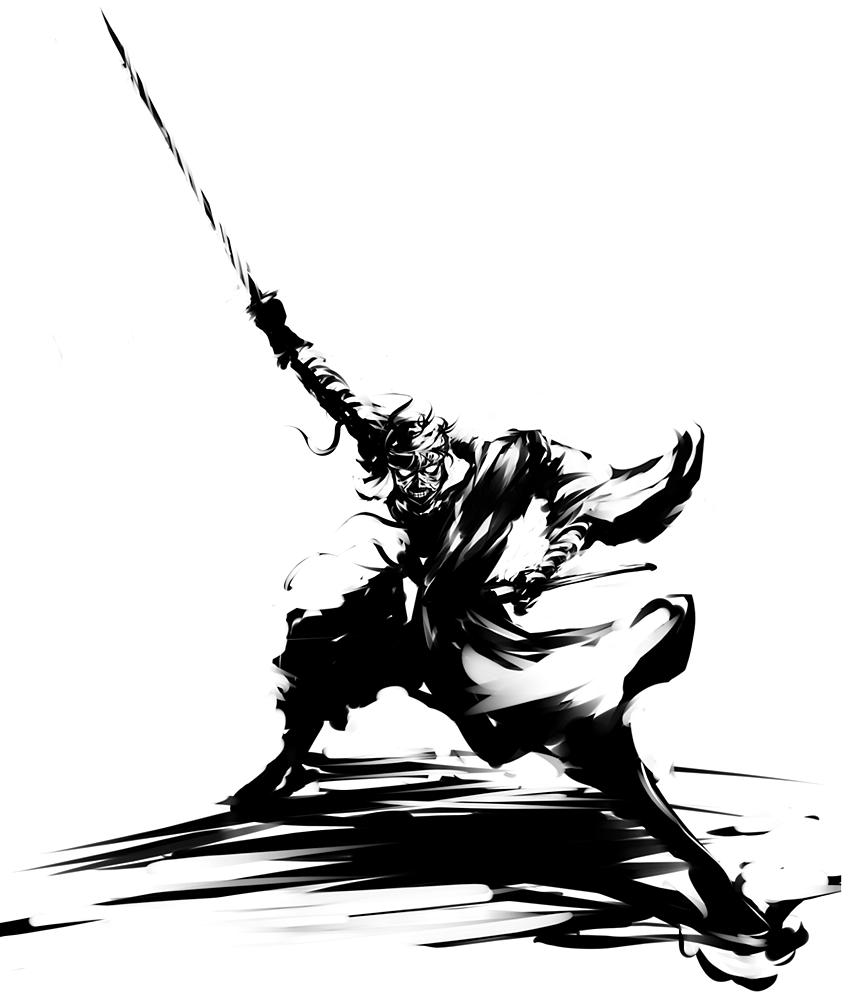 Battōjutsu is the practice of drawing the sword from the sheath and striking an opponent. This greatly increases the blade’s precision and ultimately spells the end for any opponent unlucky enough to be on the receiving end. The battōsai practices this technique extensively until he is able to use it to deliver a single destructive attack.

Battōsai are expert swordsmen who seek to find speed that exceeds mortal ken. Battōjutsu is the answer they were looking for, formidable warriors who can defeat enemies in a single strike.

All of the following are class features of the battōsai. All battōsai abilities can only be used when the character is unarmored and carrying nothing more than a light load.

Battōjutsu (Ex): A battōsai can swiftly draw his blade to land a powerful strike before returning it to the sheath. As a full round action, the battōsai can use the Quick Draw feat to draw a one-handed slashing weapon from the sheath before making a normal melee attack. A battōjutsu attack requires two hands to execute: one to hold the scabbard and one to hold the blade. Attacking in this way doubles the damage dealt. At +11 Base Attack Bonus, the damage is tripled. At +16 Base Attack Bonus, the damage is quadrupled. In addition, the battōsai may sheathe his weapon as a free action at the end of the turn.

Martial Cadence (Ex): A battōsai is always considered armed as long as he has a weapon on his person. A battōsai can use the Quick Draw feat as an immediate action once every turn for the purpose of making attack of opportunity.

Fatal Strike (Ex): At 3rd level, the battōsai has truly mastered battōjutsu, whose attacks are deadly, able to kill in a single strike. Whenever he critically strikes a foe with a battōjutsu attack, his target must make a Fortitude save (DC 10 + 1/2 damage dealt) or die instantly. This is a death effect.

Combat: Battōsai are frontline fighters that forgo striking numerous times to instead strike one powerful blow.

Advancement: Tenken is logical, since their abilities stack to a limited degree. Rogues and other classes that offer sneak attack damage makes sense as well, if you're looking to perfect the one-hit knockout.

Resources: Battōsai are fiercely independent characters and feel the need to test themselves against others of similar skill. This inherent lure of combat, the need to validate and reaffirm one's own skill; these are commonplace among practitioners of this disciplines.

Battōsai are the undisputed masters of lightning-fast swordplay, and they have honed their craft through battle after battle, kill after kill. Wherever there is a good fight to be found, a battōsai will be drawn like a moth to a flame.

NPC Reactions: NPC's react to a battōsai in much the same way they would react to someone of the battōsai's base class, but due to the level of acclaim most have reached by the time they are powerful enough to become battōsai they are often either well-respected or terribly feared.

Characters with ranks in Knowledge (local) can research battōsai to learn more about them. When a character makes a skill check, read or paraphrase the following, including information from lower DCs.

Battōsai are good party PC's; they are swordsmen who adventure to perfect their craft. While they may be more fixated on the betterment of their swordsmanship than on acquiring wealth or power, they still understand the value of having a team in order to support them, and most adventuring parties would welcome someone of the battōsai's rare talents. NPC battōsai fit the same mold, and make challenging opponents for those who cannot equal their amazing speed.

Adaptation: In the deep, wide world of a campaign, battōsai could be anywhere, always on the hunt for worthy opponents to pit their skills against.