Antlion Guards are formidable variations of the Antlion Soldier, possessing a higher status and higher abilities than their weaker underlings. Antlion Guards play a very important role in the ecology of the Antlion horde. They serve as heavy troops and, as their name suggests, they guard the nest against anything from hostile soldiers to random wildlife. Antlion Guards also act to command other lesser Antlions around them, serving a leader role in battle. 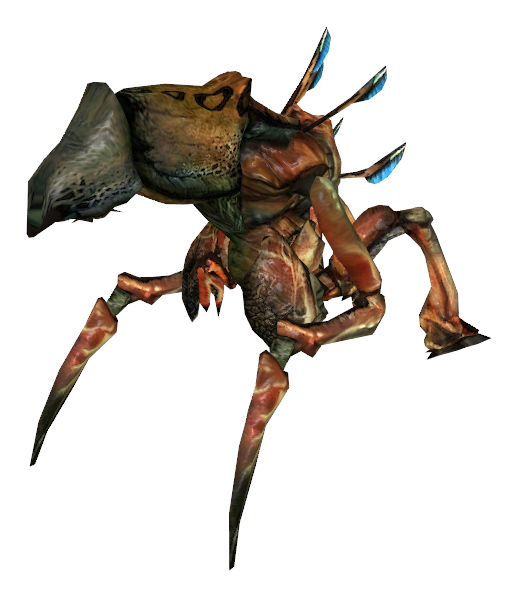 Antlion Guards tend to be highly aggressive and violent, given their task within the hive. They usually begin a fight by Charging into the fray and using their Improved Bull Rush to deal out significant damage to their opponent. They are also very well armored, which gives them a huge advantage in combat.

If a guard is killed, a Vortigaunt may use it's corpse to harvest a substance known as "Bugbait", or pherepods, which Antlion Guards naturally use to command and effect other antlions. The Vortigaunt must be within 5 feet of the dead guard in order to perform this action, and it takes a total of 2 rounds to complete the ritual.