Akulta is a deity of the Lore of Arda campaign setting. 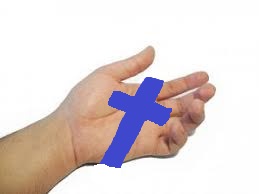 Akulta is a deity that believes in letting her followers not only heal the wounded and sick but also in spreading knowledge of the healing skills to whoever wishes to learn these skills. She wishes that this important knowledge is spread alongside her faith that asks for her members to heal those who are in need of aide not matter what faith or race they are from.

Akulta expects her clergy to actively seek out how to spread the healing knowledge and also her faith, many of her clergy set up and train laypeople in healing skills and herblism to run hospitals that will also double as shrines for her.

Akulta expects her followers to avoid causing harm to others and to treat all living creatures with respect, she isn't a pacifist deity however and she believes strongly in protecting those from harm when that is what must be done. Thus most of her clergy are also quite skilled in the mace and other weapons often used by clerics. Not only does Akulta expect her followers to spread the knowledge of healing but she also expects them to research and explore new ways and new herbs that can be used to fight illnesses, and heal the sick and wounded. Occasionally she will gift some of her most faithful followers with new knowledge of this kind.

Temples Temples to Akulta are often made of wood and are not the large scale grand buidings that some other gods enjoy. These temples have a large section devoted to the worship and leading of prayer to their god, but these temples also often have a hospital that is open to the local populance and often also a library and school for learning the healing arts. There is often also a herb garden at the back of the temple where many herbs for healing are grown. Most clergy live in the temple and there is normally plenty of jobs around the place to keep such clergy busy, Akulta is a goddess that believes in keeping oneself busy, for there is much sickness and disease in the world to tend to.

Clergy of the goddess can often appear like other clergy of other deities, however they often also take on the role of village healer, doctor or teacher of such ways, in larger cities they could even be found running a herb store. While they offer their services to any in need, and are restricted against refusing offers for aide from any living creature, they will also try to convince their patience of the wisdom of following their goddess.

Her clergy often dress in light blue robes with her holy symbol upon the front and back of the robes. Although these clergy can often be found at their temples in service to the local community they can also work as healers in armies, or even as adventurers, for Akulta sees many ways that her clergy can help spread her faith, and soldiers and adventurers are definitely two groups that need her healing powers, as long as they are working for a just and good cause, she wouldn't disagree with her clergy following such groups.