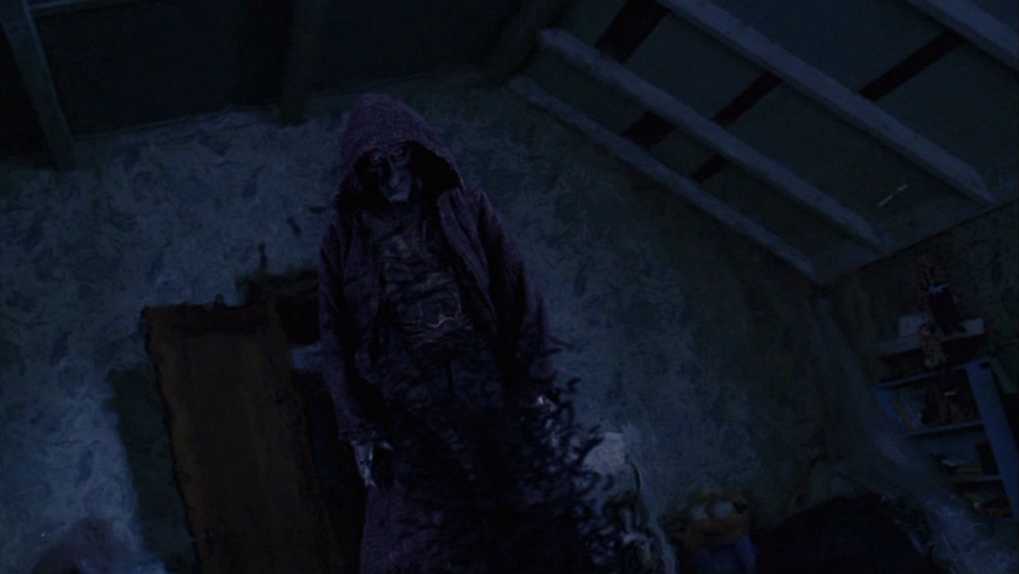 An Acolyte of Barnabus using its Twisted Form ability

When a person is plagued by nightmares or terrifying hallucinations, chances are that an Acolyte of Barnabus is nearby. Though few in numbers and not too well known, an educated mind can easily see traces of them through history. The origins of the "Boogeyman" story is based off of an Acolyte of Barnabus, and many know very well that the Acolytes of Barnabus are some of the most dangerous clerics in the world.

Becoming an Acolyte of Barnabus[edit]

Worshippers of Barnabus that become stronger all inevitably attempt to enter this class. It is the pinnacle of worship for him, a devotion to causing fear and dread that few can imagine. Because of the prerequisite of being a Twisted Visage, many Acolytes of Barnabus are all clerics and/or sorcerers. Acolytes of Barnabus draw their power from their Charisma score.

Spellcasting: At every odd level, you gain new spells per day and an increase in caster level (and spells known, if applicable) as if you had also gained a level in a spellcasting class to which you belonged before adding the prestige class level. You do not, however, gain any other benefit a character of that class would have gained. If you had more than one divine or arcane spellcasting class before becoming an Acolyte of Barnabus, you must decide which class to add each level for the purpose of determining spells per day, caster level, and spells known. This class counts as a spellcasting class for the purpose of determining caster level.

Maze of Terror: A number of times per day equal to the Acolyte's Cha mod, an Acolyte of Barnabus can trap a creature inside of a Maze, similar to the Maze spell. The creature is banished to a maze of dark caverns filled with moving shadows and other terrifying apparitions. The only way to escape the maze is to succeed their will save against a Weird, as the spell, then make an Int check DC 20 as a full round action to escape. Creatures that fail their will save against the Weird cannot escape the maze. Unlike Maze, Plane Shift will not allow you to leave the maze. Weird DC (10+Caster Level+Cha mod). Creatures that fail the Will Dc but succeed the Fort Dc should be asked to roll an Int check with no DC, in order to make it seem like a normal maze spell. If the creature succeeds their Fort save then a new Weird appears next round. Creatures that stay inside the maze for 10 or more rounds begin losing their minds to the maze. They must roll a will save (DC 10+Acolyte level+# of rounds inside the maze) or take 1d4 Wisdom damage (If using the Sanity score variant, then the creature loses 1d10 sanity points instead). An Acolyte of Barnabus may only affect one creature with Maze of Terror at a time. The Acolyte may enter the maze to attack the creature, as normal, but if this is done then the Int Dc to escape increases to 30 and the Weird no longer appears. Killing the Acolyte of Barnabus destroys the Maze of Terror effect and frees anyone still trapped inside.

Acolyte of Barnabus in the World[edit]

Acolytes of Barnabus spread terror and fear in the name of Barnabus. Barnabus gains worshippers based on the number of people who fear him along with worshippers, so the job of an Acolyte of Barnabus is to cause as much fear as possible, on a big of a scale as possible.

Acolytes of Barnabus arent well known in the world, so they're usually thrown in with cult members if they reveal what they are.

NPC Reactions: Npcs that are not Acolytes of Barnabus either care little, or are terrified of an Acolyte of Barnabus.

Characters with ranks in Knowledge(Religion) can research Acolytes of Barnabus to learn more about them. When a character makes a skill check, read or paraphrase the following, including information from lower DCs.