(Redirected from Yusograd the Free)
Jump to: navigation, search 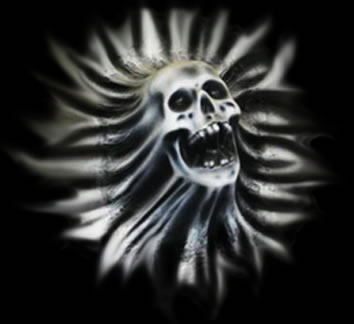 Yusograd the Free is the embodiment of freedom and luck. He is known to be somewhat crazy and unpredictable, particularly in his dealings with mortals (explaining his symbol of a twisted skull). Despite his total lack of evil, he is sometimes frowned upon by clergymen of good allignment, and certainly by paladins and other lawful followers. Yusograd is often worshipped by Rogues and others who are ultimately only concerned about their own well-being, contributing to his poor image amongst the Good.

Although in technicality Yusograd's followers are held to no standards on what to do and not do besides to live their life however they think they should, they generally avoid doing anything that negatively affects others' freedom, in a "practice what you preach" manner. This is paid attention to the most by his good followers, who actually make up the majority of his followers (specifically Chaotic Good).

The clergy of Yusograd is highly unorganized, and generally travel throughout the land (and even the Planes) spreading his free-willedness. There are no official temples to Yusograd, although personal shrines to him are not uncommon. Yusograd worship is most common in places that are anarchist, although these are also the places in which deity worship is typically the least publicized.