Long ago, a mindflayer broke from their elder brain's control. Conflicted by the sudden onset of morality and mortality, he and a blue dracolich he had befriended on his travels set out to found a sanctuary for those whose origins leave them untrusted and persecuted by traditional society. This small, wooden orphanage bore the name the mindflayer had taken; Xaxlar Grablethax's Orphanage for Outcasts. Shortly after its first inhabitants arrived, Xaxlar and the dracolich, named Indura, formulated an intricate magical clock intended to block out any supernatural interference with their peoples' minds, ranging from lycanthropes' moonlight transformation to demonic influences on Tanarukk. This does not nullify magic altogether, only that which would effect one's mind. Across decades, the small building expanded into a 3-district town, with each being inhabited by their builders: 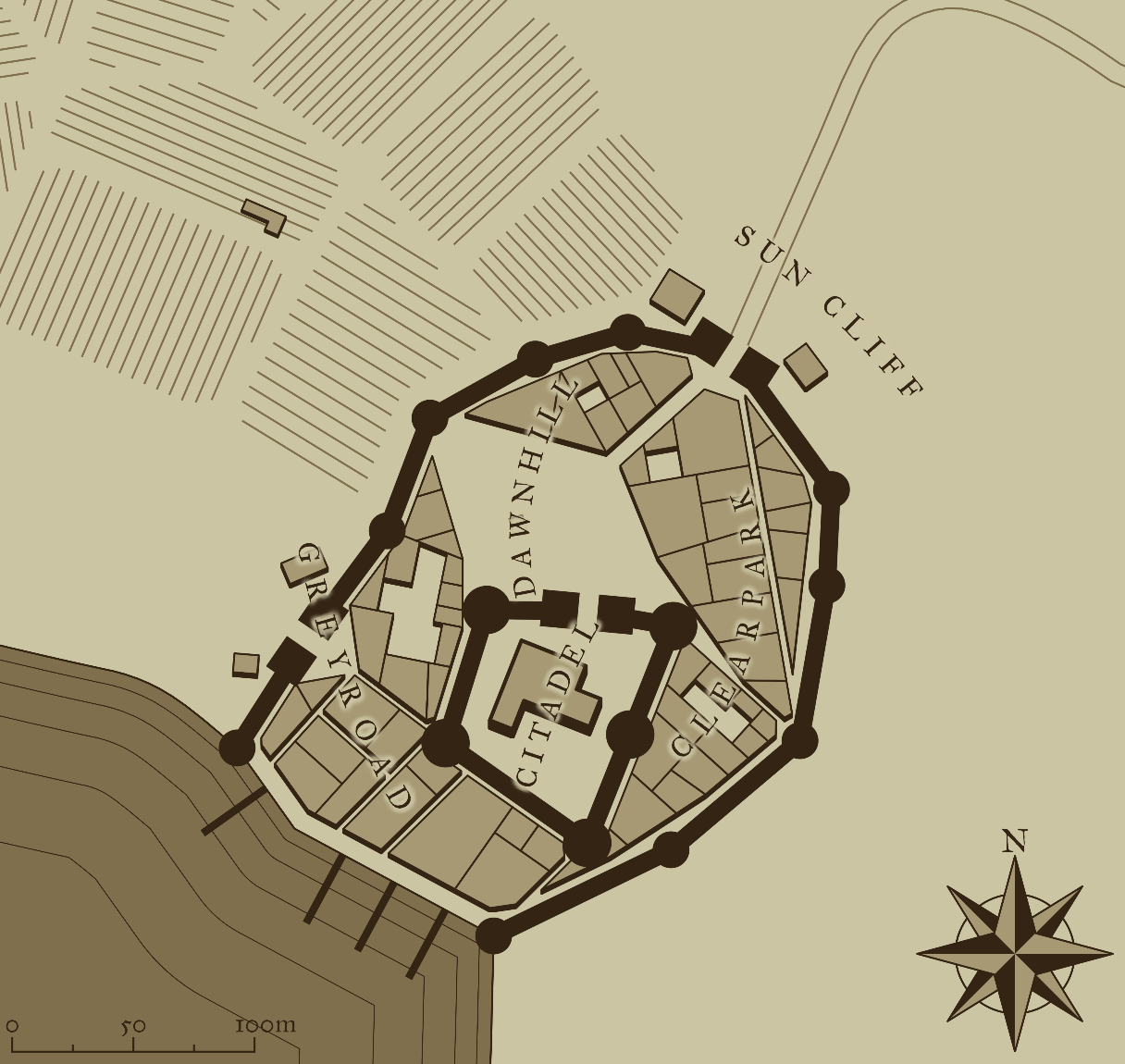 <- Give a quick run-down of how the adventure plays out. ->

<- Provide a few different examples of how the party could be dragged into this adventure. This makes it easier for your adventure to be incorporated into an existing campaign. ->

<- A stage is a chapter, or an important phase of the story. In a dungeon crawl, a stage would be one floor of the dungeon. In a more episodic, story-like adventure, a stage would be a series of connected scenes. ->

<- This is one scene in an adventure. In dungeon crawls, each room is a scene. ->

Lycanthropes - The lycanthropes are confident in their physical strength, imbuing their ranks with equal measures of bravery and aggression. Andron is confident that if there is a war among the orphanage, his people will win no matter what. Originally, the lycans were against the clock’s construction, as “the moon sickness is part of lycan culture”. When determining names for Greyroad citizens, consider using [this name generator].

Undead - The undead typically keep to themselves, though they have been known to actively tail and harass any residents of the other quarters that enter their own. At the head of Dawnhill, atop a quiet, cold, stone thrown, sits Gimbleward the Eyeless, a gruff ghoul lord with only hollow void for eyes. In the shadow of the walls sits a shady, hooded skeleton named Aango Two-Legs, who will pay the party to cause problems on purpose. When determining named for Dawnhill, consider using [this name generator]

<- Describe them. If they're supposed to fight, give them a stat block, link to a creature entry, or give a page reference to the MM. ->

<- List how the scene can change over time due to character actions. ->

<- What happens when the adventure is completed? ->

The minimum total award for each character participating in this adventure is X experience points.

The maximum total award for each character participating in this adventure is X experience points.

<- If the magic item exists only on this page, remove the header brackets, otherwise make the title a link to the page containing the item. <- Duplicate this section as many times as needed. ->

<- This is an actual effect generated by you doing something that hurt people who still exist in the setting. Think of it is a boon, but absolutely horrible. ->

<- In games which contain factions, this is where you would award renown for completing faction-related activities. ->

Each character receives <-X-> downtime days at the conclusion of this adventure.