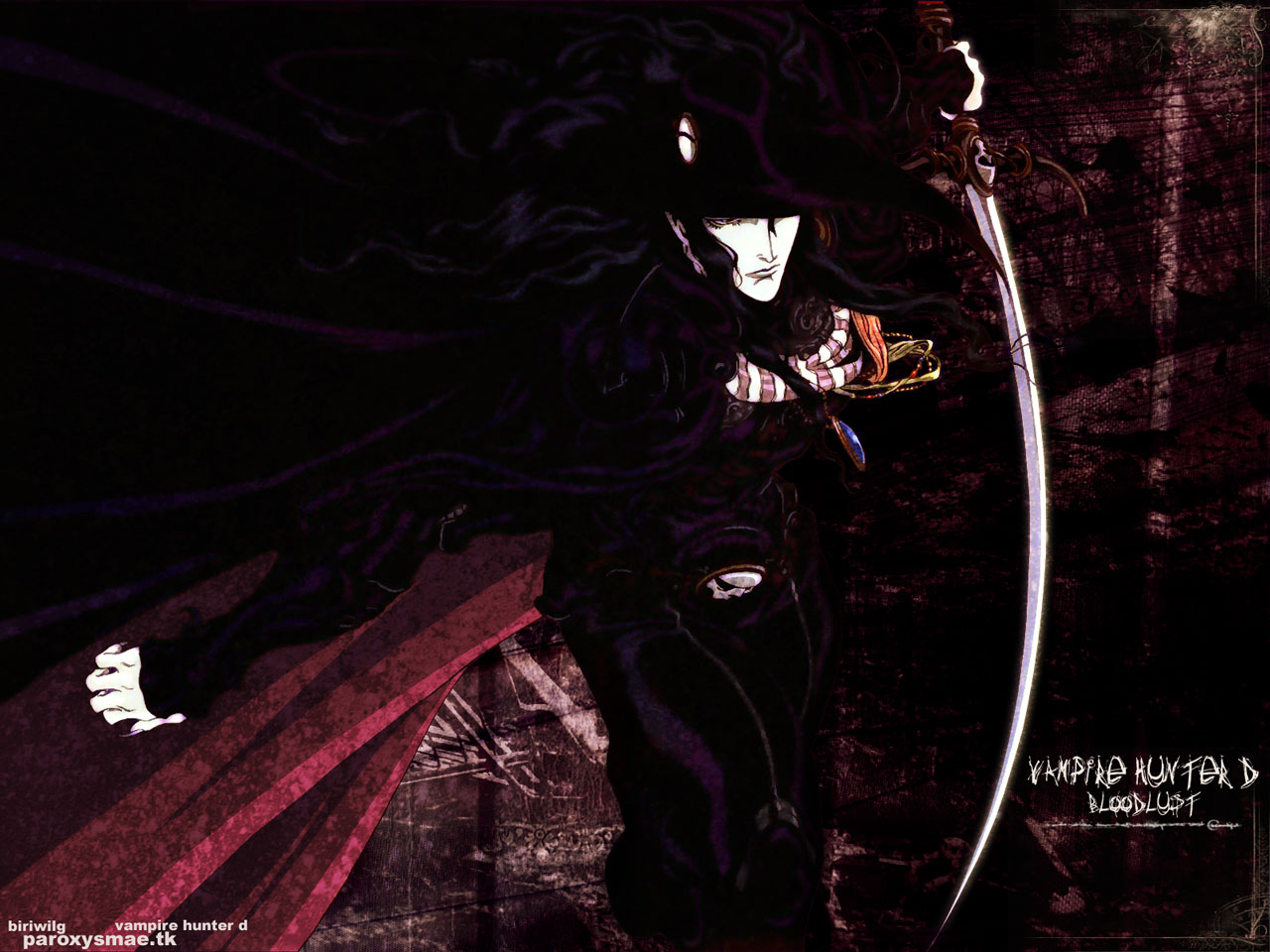 A hardened warrior capable of performing all the functions that Sorcerer, Warrior,and a Martial Artist but to a slightly lesser degree. Often feared for their adaptability in combat they can smash spell slingers and go toe to toe with some of the best warriors both with weapons and without them.

Vampealen Knight's often have chiseled physiques they move with purpose flinging spells at range and when they close in use their devastating melee abilities.

Abilities: Both Dexterity is important for armor class and speed Strength for powering through enemies at close range and Intelligence seeing as they are both spell casters and warriors rolled into one.

All of the following are class features of the Vampealen Knights

Weapon and Armor Proficiency: Vampealen Knights are Proficient with one weapon of their choice and light armor.

Weapon Mastery (Ex): Vampealen Knights train extensively with one particular weapon and as such gains Weapon Finesse if applicable and Weapon Specialization

Power of the Magi (Ex): Pick 3 schools of Magic from the Sorcerer/Wizard spell list these are the schools of magic you are proficeint with. Vampealen Knights may cast up to 3rd level spells from any spell school and 4th and higher only with the ones they are proficient. They are also treated as have SRD:Spell Focus with these schools.

Fast Movement (Ex): Vampealen Knights gain a speed enhancement bonus based on the chart above

AC Bonus (Ex): Starting at 1st level Vampealen Knights gain a bonus to AC due to their agility and fluidity of movement

Vampealen Power (Ex): Their continued devotion to unarmed combat has made them more effective and they can deal more damage than your run of the mill brawler. This functions much like A Monk's Power (3.5e Feat) however wielding a weapon does not negate the effects.

Spring Attack A Vampealen Knights are very proficient at closing the gap between themselves and the enemy allowing them to attack and then back off in order to make retaliation that much more difficult on the enemy. As such they gain the Spring Attack Feat wether they meet the prerequisites or not.

Dual Casting (Ex): Vampealen Knighst may choose to give up their ability to cast magic next round to cast two spells in the same round after doing so they suffer from mental fatigue which incurs a -2 penalty on both Wis and Int. Vampealen Knights that a attempt to dual cast more than once in a 6 hour period must pass a Will save of DC 18 if successful the spells are cast if they fail the spells blow up in their face dealing appropriate damage. Also wether the save is passed or not they still suffer the effects of Mental exhaustion which causes a -6 penalty to Wis and Int and a -8 to all Will saves. After an 1 hour of rest a mentally exhausted character becomes mentally fatigued and after 6 hours of rest they become fine.

At 11th level Vampealen Knight have gained enough mental fortitude to Dual Cast in a 6 hour period without incurring any negative penalties if they Dual Cast a second time the penalties occur as they normally would.

Martial Arts Vampealen Knights devoted so much time to unarmed combat that they can now be classified as a martial artist and may choose a 2 Martial Arts Maneuvers or Stances and then another 1 every odd level there after.

Quickstep (Ex): Vampealen Knight has trained their body to the point that they move with such quickness that moving more than 10 feet in a round offers them 20% concealment as per the blur spell. This effect can not be dispelled because it is due to sheer speed not magic. Vampealen Knights may move on vertical surfaces an go across water due to their unnaturally quick speed as long as they end their turn on a solid surface.

Weapon Channeling (Ex): A Vampealen Knights devotion to both magic and his/her chosen weapon they can now channel spells through their weapon of choice. The weapon will hold the spell for up to 2 rounds and the spell discharges whenever the weapon strikes something wether it be friend or foe. Spells that normally have an area of effect only effect the target hit.

At 18th level Vampealen Knights may store up to 2 spells in their weapon it will hold a charge indefinitely and discharge both spells on contact with the enemy and no longer on friendlies.

Life on the Edge The Vampealen Knights devotion to physical combat has finally paid off when using a weapon or just their hands their critical threat range doubles. This stacks with Improved Critical but not the keen weapon enchantment.

Quadra-Casting Once per day Vampealen Knights may call upon great power which manifests itself as the ability to cast 4 spells in one round with no penalties these spells may not always hit their mark but they always hit an enemy within range.

Vampealen Magic Mastery (Ex):Vampealen Knights have completely mastered the Arcane Arts at this point and may cast any level spell from any school of magic from the Sorcerer/Wizard spell list.

Terminal Velocity (Ex): Vampealen Knights have become so effective with physical combat that may make an additional 2 attacks at their highest base attack bonus with either a weapon or hand-to-hand.

Skill Selection: any number of skill equal to 6 + (Int) modifier

Religion Vampealen Knights do not particularly care for worshipping deities because some of them have been around almost as long as the world itself.

Other Classes Vampealen Knights fit it well with other classes because they can practically fill in for whatever the party needs they feel at home with wizards and sorcerers who share their lust for knowledge. They envy the disciple of the Monks and their devotion to their cause. They also enjoy fighters and barbarians while not good conversationalists they sure know how to get a good fight going. Vampealen Knights however do not care much for rogues and assassins because they like to give their target at least a little bit of time to realize their dead.

Combat Focusing on sped and precision Vampealen Knights combat style can differ as much as their personalities while some are content to fling spells and destroy enemies from afar. While others may run in and use their martial arts or weapons to crush the enemy up close. Yet others like to find a happy medium between them and use their skills where they are best suited.

Advancement Most Vampealen Knights see little need to multi class because they can do a little of everything.

Vampealen Knights are an elite group of Vampealen warriors/sorcerers often time found just trying to keep the peace or break it if thats what suits their fancy.

Daily Life:Vampealen Knights spend much of their time honing their skills both magical and physical. They do not necessarily serve the interests of the king or the nobles but what they see as the interests of the people and to some extent themselves. Though not innately evil many do serve only themselves looking for a good fight or their next mental challenge.

Notables: One of the strongest Vampealen Knights is Sebastian Umbra who is said to be the personal guard of a very wealthy Vampealen noble

Organizations: Only one Vampealen city remains after the Human-Vampealen Wars other than that small communities exist within society

NPC Reaction: Most can not even tell the difference between a Vampealen Knight and a Sorcerer that has learned how to use a sword. NPC's that see a Vampealen Knight in their true form will generally mistake them for a vampire and flee or attack.

Characters with ranks in Knowledge (local) can research Vampealen Knights to learn more about them. When a character makes a skill check, read or paraphrase the following, including information from lower DCs.

Vampealen Knights that do not serve the King generally find work as bounty hunters in order to help keep the peace and satisfy their desire of combat.