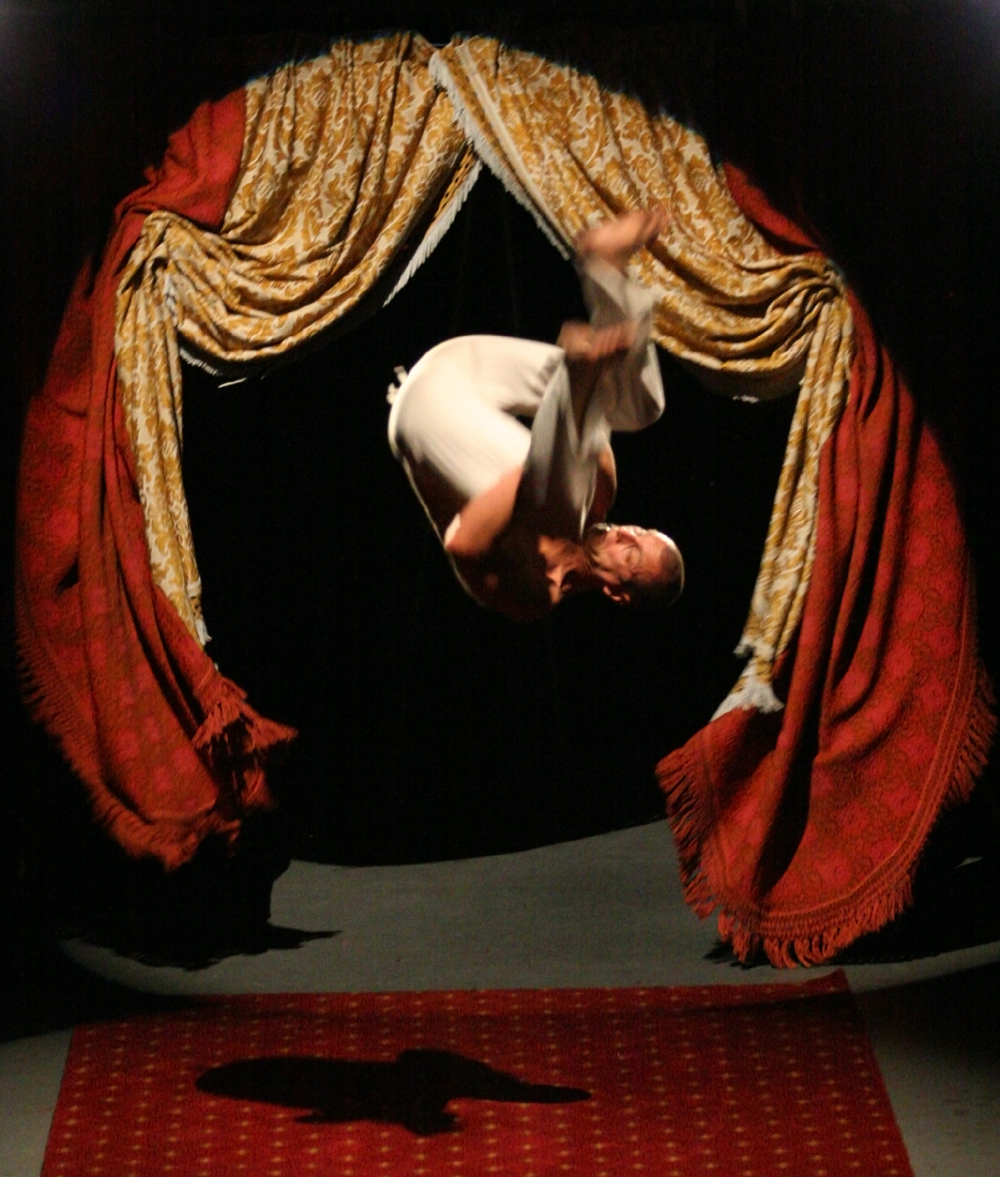 Tumblers know how to dodge, battle is an art of survival, and one must move and balance to slip away from danger. They take it a step forward, and turn these defensive arts into potent combat skills.

Tumblers are expert in the Tumble skill, and are generally rogues who can take advantage of getting their foes off kilter and off guard. As such, dexterity is always important.

All of the following are class features of the Tumbler.

Class Advancement: Choose one class you possess before entering Tumbler. One every odd level, you gain the abilities as if you had leveled in your previous class. Spellcasters gain additional spells per level and caster level. Rogues gain additional sneak attack and other rogue abilities. Fighters continue to gain bonus feats, and so forth.

Expert Tumbler: The tumbler trains his body constantly to be prepared. The tumbler may therefore add his tumbler class level as a bonus to his tumble checks.

Mass Dodge: At 1st level a tumbler no longer needs to assign a target for his Dodge feat, it now applies to all targets equally.

Dizzying Dance (Ex): Chaotically shifting across the battlefield, watching the tumbler in action can be jarring as they move in unexpected ways. At 2nd level a tumbler may purposefully put on a show of skill to confuse a single opponent adjutant to the tumbler as a standard action. The opponent much make a Will save DC 10 + 1/2 character level + Dex, or become dazed for 1 round as they lose focus, save negates. This is a mind-affecting effect which requires vision to function.

Fast Movement (Ex): At 2nd level a tumbler gains a +10 bonus to their land speed from their dexterous training.

Feint Twist (Ex): At 3rd level a tumbler may choose to make a tumble check to duplicate the effects of a feint as a move action. They spin around the subject, causing them to catch them off guard. This ability does not function against subjects which cannot be flanked.

Tumble Mastery: A 3rd level tumbler has perfected his art. He may now take 10 on a tumble check.

Ray Deflection (Su): At 4th level a tumbler has become so adept at dodging they can even bend space to confirm with their wild twists and send back deadly dangers at their opponents. Whenever a tumbler is attacked with a ray spell and the spell misses, the tumbler automatically deflects the spell back at the caster, using the caster's attack roll to determine if it hits.

Tumbling Defense: A 4th level tumbler is always prepared. For every 5 ranks a tumbler possesses in the tumble skill, they gain a +1 Dodge bonus to AC. For example a tumbler with 17 HD and 20 ranks has a dodge bonus of +4.

Snap Reaction (Ex): At 5th level a tumbler is able to move out of the way of any danger, provided they see it coming. As an immediate action, a tumbler may make a tumble check, replacing their AC against a single attack. They may perform a snap reaction a number of times per day equal to their Wisdom modifier (minimum 1).

Combat: Tumblers are a defensive lot, but it doesn't mean they have forgotten how to hurt people. They continue their previous skills, adding on improved AC and the ability to turn spells on their enemies.

Advancement: A tumbler often returns to their original class, or enters an appropriate Prestige Class.

Resources: Tumblers are not an organized group, but some will often be found together in places of performance, such as the circus. What is more exciting than seeing experts taking on death defying stunts, and somehow squeezing out of harm's way.

NPC Reactions: Tumblers are often members of a circus, and thus a cause for delight in the common folk. Their death defying stunts can bring in a crowd, few know it is trained against the same fell beasts of adventuring folk.

Characters with ranks in Knowledge Local can research tumblers to learn more about them. When a character makes a skill check, read or paraphrase the following, including information from lower DCs.

Tumblers in the Game[edit]

Tumblers are generally skilled fellows, often rogues with a few monks. Rarely a dexterous fighter may sneak into the ranks.

Sample Encounter: The circus is going well, all smiles on the surface, but pressure from local mobs has been on the circus company. Denied their demands, they have secretly replaced the usual training beasts the local tumbler interacts with far more dangerous fare. Will the PCs be able to save the performer and drive off the monsters?