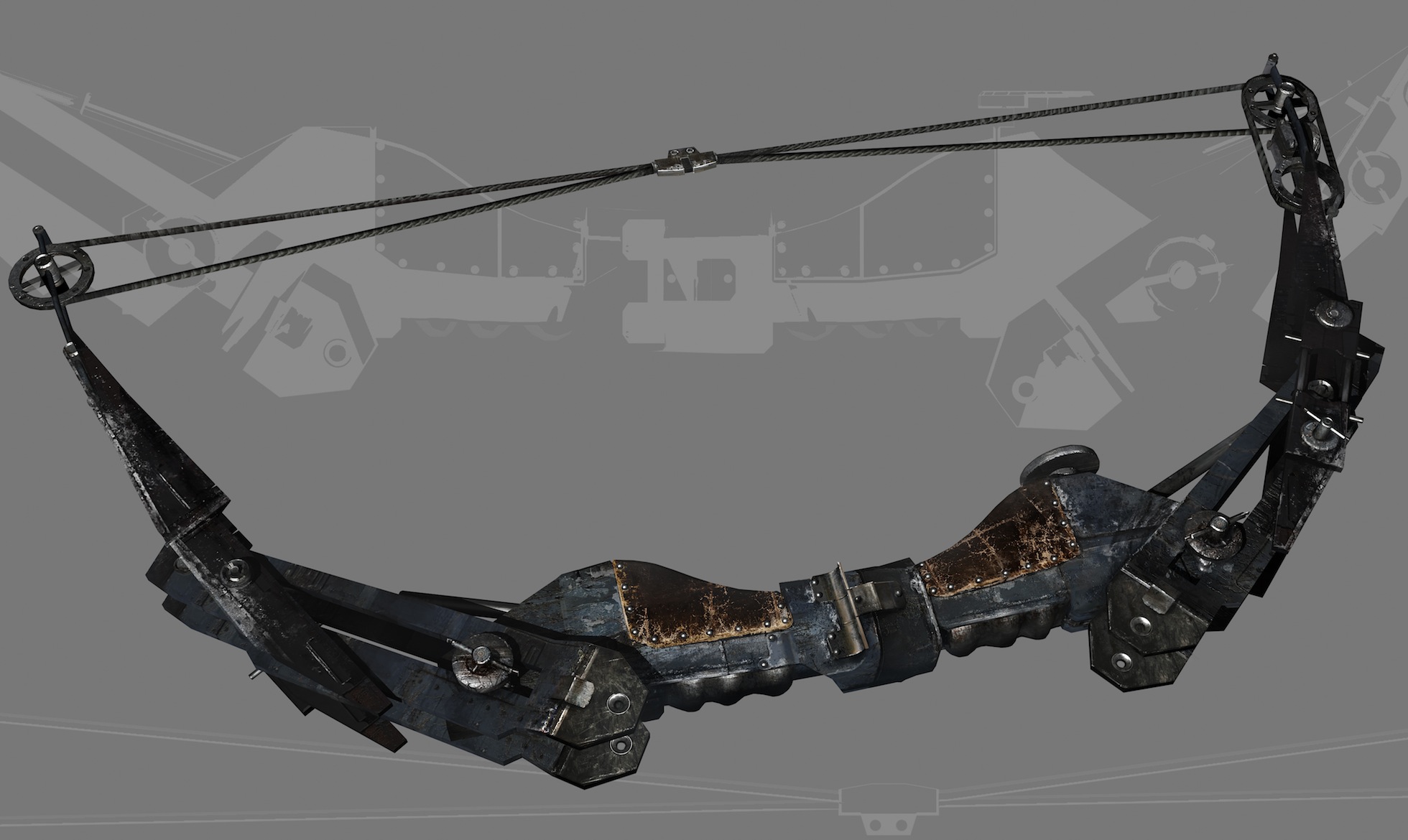 Unlike other bows in this era in time, the Thief's Compound Bow can compress down to a smaller size so as to be stored on a back-mounted Quiver. The coloration of the bow depicts it as having a faded blue/black color palette, while also having a very worn dark gray body and various dark brown "patches",deceiving many individual into believing its an outdated or unusable weapon. The most impressive disguising feature of the Thief's Compound Bow though, is the arrow ammunition used for varying tasks and targets. The purpose of the Thief's Compound Bow changes depending on the situation the individual finds themself in, whether it's creating a distraction to separate guards, killing guards or simply hitting special lock mechanisms on raised "bridges" along the rooftops to lower them. Each type of arrow designed for this particular bow is unique and powerful in it own right, making them extremely valuable to the Thieves and Assassin guilds across Faerun.

Compact Build: This enhancement turn bulky bows, crossbows and firearms into compact version of themselves which is more easily handled. This enhancement may only be added to a ranged weapon. If applied to a non-bow weapon, it handedness is reduced by one step. A two-handed weapon can be used one-handed, a one-handed weapon become light. If the weapon was already light, it grant a +6 bonus on sleight of hand check made to conceal it. If used on a bow, it can be used while mounted with no penalty. Once this enhancement is applied, it permanently change the shape of the weapon. This means that this enhancement does not have a magical aura, nor can it be dispelled or suppressed.

Quiver Capacity: The blackened leather quiver is rather plain in design, yet sturdy and large enough to hold an impressive amount of x64 arrows, divided into two compartments on the inside (each compartment capable of holding x32 arrows) that has been enchanted to weather special magical imbuements that would be placed on arrows and considered too hazardous to touch ungloved or left out on basic materials.