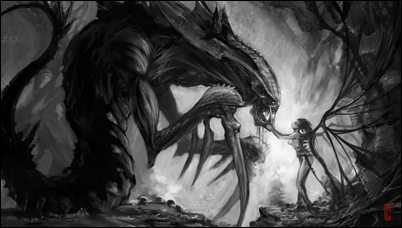 "Our Hive Mind exists only to consume and grow stronger. We will collect all available bio-matter and evolve to consume the galaxy!"

The Swarm leader is to command a brood evolve & adapt to the problems at hand. Leader Change keep evolving & destroy anything in your path but remember a leader has to use everything at hand to as a tool for your brood to survive in the hostel world. Plan carefully Build your brood. "Oblivion awaits within the void."

Bonus Feats: The epic gains a bonus feat (selected from the list of epic bonus feats) every levels after 20th.

Swarm Leaders in the World[edit]

Swarm Leaders in the Game[edit]