"Life is locomotion... if you're not moving, you're not living. But there comes a time when you've got to stop running away from things... and you've got to start running towards something, you've got to forge ahead. Keep moving. Even if your path isn't lit... trust that you'll find your way."- The Flash

A speedster is a hero whose powers primarily relate to superspeed. Primary abilities shared by all speedsters include running at speeds far in excess of human capability (to varying degrees) and resistance to the sideffects (air resistance, inability to breath, dynamic shock resulting from contact with objects at high speed, etc.) that result from such velocity. In almost all cases, speedsters are able to physically attack opponents by striking them while at high speed to impart huge amounts of kinetic energy without suffering harm. A Speedster draws his power from the Speedforce, a strange sentient source of magical energy existent across all realities. 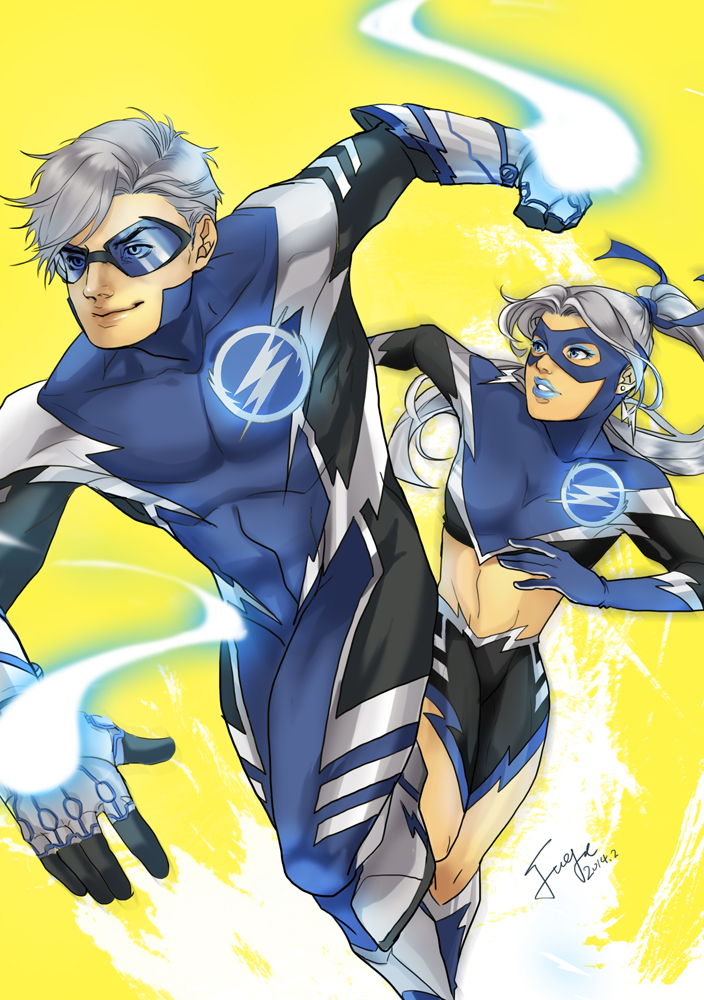 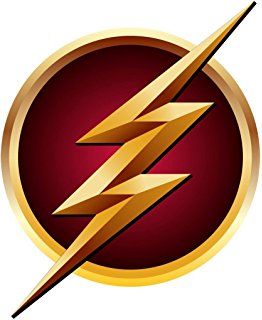 When creating a speedster one should consider how the character became connected to the Speedforce- Was he involved in an accident that connected him to it unwillingly? Did he go seeking the power of the Speedforce through science or magic? Was he the victim of an experiment or dark ritual? Secondly how has having the Speedforce running through his system effected his life?- Has he used his new power to help those around him? Or to further his own agenda?

Equipment: Medium to Light armour no shields 1 handed weapons and gauntlets only

As a Speedster you receive surges of power from the Speedforce; the number of surges your body can withstand before taking a long rest increases as you gain levels and are listed above. Surges can be spent to complete feats of great speed and power.

Bonus Abilities: A Speedster gains these bonus abilities at level 1 +3 to DEX and -2 to Strength The Feats Alertness, Run, Deft Hand, and Deft Catcher. You also gain a +4 bonus on Hide, Move Silently, and Sleight of Hand. As you move so fast, you incur a 50% miss chance on attacks of opportunity made against you. Hyper Healing- When not in combat, roll 1d10 every 3 minutes, which is recovered as HP.

Extra Movement: When you become a Speedster at first level, your base speed is increased by 50ft. In addition, when rolling to determine the order of combat you may expend one Surge point to double the result.

Bonus Dash: Beginning at Level 2 you may use Dash as a bonus action.

Special Attack: Beginning at Level 3 you gain the following special abilities, each cost a Surge point to perform and count as a swift action.

Spatial Perception: At 4th level, your senses have attuned to a higher level of perception. You now have advantage on all Spot, Listen, and Search checks.

Uncanny Dodge: Beginning at Level 5 you may spend your reaction to dodge a visible attack made against you. you can spend a surge point to dodge another attack made by the creature.

Deflect Missiles: Beginning at Level 6 you may spend one Surge point to to react to a visible ranged attack made against you or an ally within line of sight- When you do the damage made against you is reduced by 1d10+your dexterity modifier+your speedster level. If the damage is reduced to 0 you may catch the projectile and expend a further Surge point to make an attack with the projectile with proficiency as part of the same reaction.

Vertical run: From level 7 you may expend one Surge point to run up a vertical surface a distance equal to his movement speed; a speedster must end his movement on a horizontal surface or will fall after he has finished moving, taking appropriate damage- the speedster has time to complete one action before falling, for example making an attack or catching an object. A speedster may expend an additional Surge point to run back down the same surface reaching ground without taking damage

At level 8, you can spend 4 surge points to spin around in place and create a whirling vortex. Every target within 5 ft. of you must make a Strength check. On a failed check, they take 4d8 force damage and are knocked back 10 ft. On a success, they take half damage and are not knocked back

Extra Attack: At level 9, when you make an attack, you may attack one additional time. This increases by and additional attack at 14th and 19th level.

Miracle Run: At 11th level, you may use one surge point to run at your usual speed across water or other similar liquids. Should you not end your move on a solid surface you have enough time to complete one action, such as an attack or catching an item, before you fall into the liquid.

Charge: At 13th level, you learn to harness the kinetic energy you produce as electrical energy. You may spend 2 Surge points to cast the Lightning Arrow spell (3rdlevel) as a bonus action.

Throw lightning: At 3rd level, you learn to harness the kinetic energy you produce as lightning bolts discharged directly from your body and thrown. You may spend 3 Surge points to cast the Lightning Bolt spell (Maxes at 6d6) as an action at level 14 the damage goes up to a d12. The Dexterity save required is equal to your Dexterity Modifier + Base Attack Bonus + 10.

Rewind: At 17th level, you begin to break the time barrier and gain some minor time travel abilities. You may expend 2 Surge points to re-roll any dice roll you are required to make. If you use this ability roll a d6. On the roll of a 1, 1d4 Time Phantoms (Revenants) appear at a location chosen by the dungeon master and begin hunting the Speedster.

Time Remnant: At 20th level, you have mastered short- distance time travel; you are now able to travel back to a few seconds in the past in order to create a copy of yourself; this copy is known as a time remnant. Using this action costs 10 Surge points and results in the following: - The player's single avatar is essentially removed from play. - In its place are two new avatars with the exact same physical appearance, equipment and abilities with the following alterations: - Each new avatar begins with half of the HP the original avatar had remaining when using the Time Remnant ability. The maximum Hp for these Avatars is half the Max Hp of the Speedster prior to using the ability. - Each new Avatar has 4 Surge points to spend but cannot use the Lightning Bolt, Lightning Arrow or Extra Attack abilities. 4 is the maximum Surge for each avatar. - The avatars act as separate characters both controlled by the same player though it should be noted that each one is likely to behave in very similar ways. - The effects last until one of the avatars is reduced to 0HP or the speedster chooses to end the effect. In either case the original character is returned with 0 Surge points and HP equivilant to that of the Remnant with the highest remaing HP.

When this ability is used 1d4 Time Phantoms spawn at the point at which is was used 1d6 hours later.

Bonus Feats: The epic gains a bonus feat (selected from the list of epic bonus feats) every levels after 20th.

Speedster's in the Game[edit]