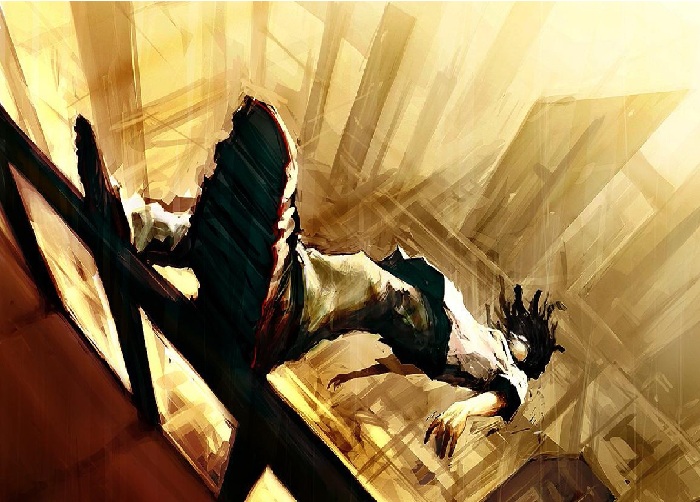 Skill Masters are people that trade battle strength with skills. They aren't the guys that swing the swords, they make the swords better than anyone else. They're entrepreneurs, who've figured out every trade in the book. Skill Masters always know what they're doing, always.

More often than not, fighters become Skill Masters. This is because of the idea of making swords better than on the market, but anyone interested in being a better adventurer could take levels in this class. The most important ability for a Skill Master is Intelligence. Of course, after that any of the abilities will do.

Class Features: At each odd level you gain class features (including spellcasting ability) and an increase in effective level as if you had also gained a level in a class to which you belonged before adding the prestige class level. You do not, however, gain the benefit of your previous class’s Hit Dice, attack progression, skill points, or saving throws. If you had more than one class before becoming a Skill Master, you must decide to which class to add each level for the purpose of determining class features.

Jack of all Trades At 1st level, you can use any skill untrained, even those that normally require training.

Easy Learner: At 2nd level, when a Skill Master levels up in any class, he now gains x1.5 the normal skill points granted (rounded down). This ability can applied retroactively at the DM's discretion.

Bonus Feat At each even level you gain a bonus skill enhancing feat for which you qualify.

Master of Many: At 3rd level, a Skill Master begins adding his Intelligence Modifier as an untyped bonus to any skill check he rolls.

Skill Mastery: At 4th level, a Skill Master becomes so certain in the use of certain skills that she can use them reliably even under adverse conditions. Upon gaining this ability, she selects a number of skills equal to 3 + her Intelligence modifier. When making a skill check with one of these skills, she may take 10 even if stress and distractions would normally prevent her from doing so.

Skills Specialist: When a Skill Master reaches 5th level, he learns how to increase his skills. His Max Ranks for skills is no longer his level + 3, but now his level x 2.

Combat: A skill master will try to avoid combat where possible but will continue in the same combat role as before taking this class if required to engage.

Resources: While there are no organisations that are only contain skill masters most artisan and professional guilds will appreciate the multi talented abilities of any skill master members.

Skill Masters in the World[edit]

NPC Reactions: Combat focused classes tend to look down on many skill masters as having wasted their time focusing on such mundane and everyday talents, however will suddenly turn to them when requiring tools to conduct their heroic deeds. Commoners often interact with skill master craftsmen without realizing the true breath of their talent. Spellcasters, who are able to duplicate the result of many skills through their magic have little use in interacting with skill masters.

Characters with ranks in Knowledge (Local) can research skill masters to learn more about them. When a character makes a skill check, read or paraphrase the following, including information from lower DCs.

Skill Masters in the Game[edit]