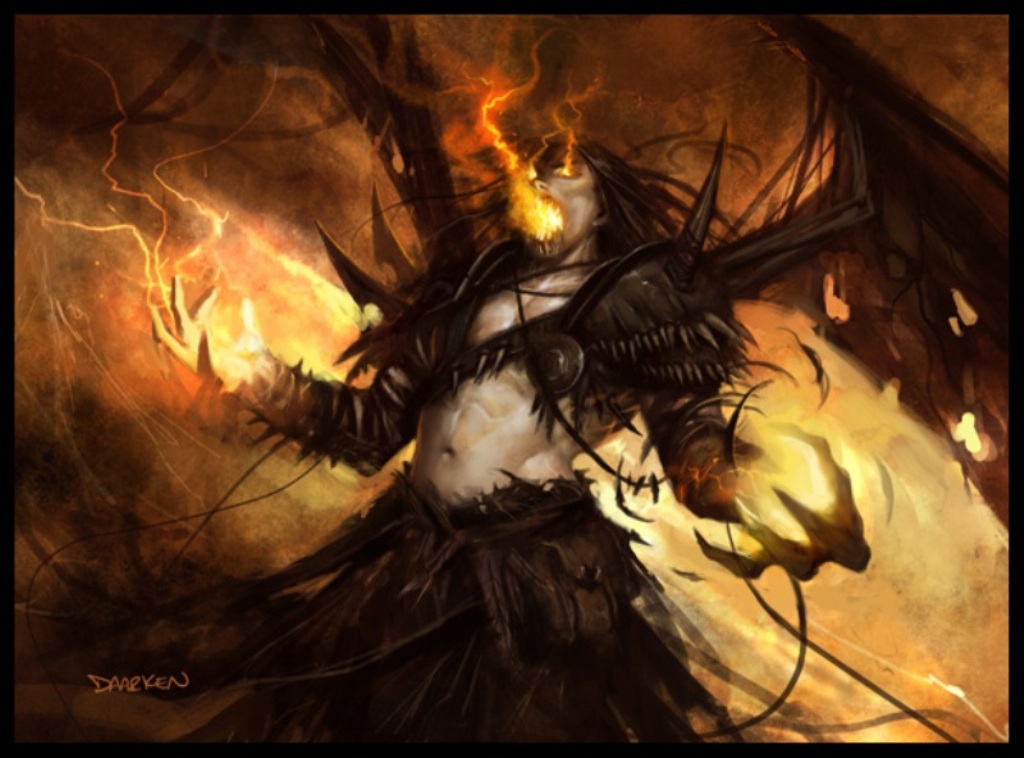 A pseudonaught is someone infinitely dangerous, someone who should be avoided at all costs, someone who shouldn't even be in existence. The existence of pseudonaughts is an offense against the entirety of existence, for they disregard it, tear through it, and reach into whats beyond. Pseudonaughts are individuals who are able to exist partially in something paradoxial, something that isn't real, yet still is, and allow it to use their body as a bridge into that that does exist, channeling raw unexistence, wielding terrible powers, and perverting their very existence with it in the process.

Pseudonaughts are powerful foes upon the battlefield, who can turn the warground itself on it's head with but a thought, who can tear the world assunder with mere pushes of will power, or who can drive men mad with but a glance. They are warriors who can hold their own remarkably well in battle, and often can come out victorious. A pseudonaught is truly a versatile enemy to face, one that shouldn't be cast aside lightly.

All of the following are class features of the pseudonaught.

Weapon and Armor Proficiency: A pseudonaught is proficient with all simple and martial weapons and with light armor and shields, but not tower shields.

Unreal Rend: To a pseudonaught, the physical world is fragile, and easy to bring to an end, all that is needed is to introduce it to it's opposite. At second level, a pseudonaught gains the ability to designate any attack he makes as an unreal rend by sacrificing (1 + the pseudonaught's Wisdom modifier) hit points. A unreal rend is resolved as a normal attack, but adds +1, and the pseudonaughts Wisdom modifier, as a distortion bonus to both attack roll and damage. The distortion bonus to attack roll and damage this class feature grants, and the hit point cost required to make an attack an unreal rend, each increases by 1 at every two level after 2nd (4th, 6th, 8th, 10th, 12th, etc.).

Expanded Vagary: As a pseudonaught grows, the forces he is able to channel expand and heighten, allowing him to become even more powerful upon the battlefield. At fifth level, a pseudonaught selects a single additional effects from the list of vagary effects above, and his vagary now takes both that effect, and the effect he chose at first level whenever he activates it.

At thirteenth level, selects either an effect from the list of vagary effects above, or the list of greater vagary effects below, and his vagary now takes this effect, and any effect it may have taken before, ehn he activates it.

Uncanny Dodge (Ex): A pseudonaught is able to feel the flow of the feild of battle with an unnatural ease, actually being able to know an attack is coming without being able to see it. At fifth level, a pseudonaught can react to danger before his senses would normally allow him to do so. He retains his Dexterity bonus to AC (if any) even if he is caught flat-footed or struck by an invisible attacker. However, he still loses his Dexterity bonus to AC if immobilized.

If a pseudonaught already has uncanny dodge from a different class he automatically gains improved uncanny dodge (see below) instead.

Anticipate: Eventually, a pseudonaught learns to feel the flow of a battle before it even begins. At seventh level, a pseudonaught gains the ability to act normally in a surprise round, no matter the circumstances.

Improved Uncanny Dodge (Ex): A pseudonaught seems to be so focused at times, that nothing, truly nothing can catch them off gaurd. A pseudonaught of tenth level or higher can no longer be flanked. This defense denies a rogue the ability to sneak attack the character by flanking him, unless the rogue has at least four more rogue levels than the pseudonaught.

Fearless: When you've seen past the real, nothing can scare you anymore. A pseudonaught of at least eleventh level is immune to all fear effects.