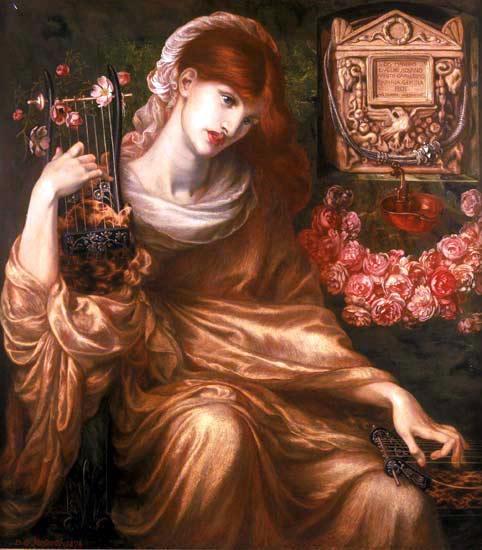 Plasm represents the passion that strikes all makers, and the burst of creativity that comes from this.

Plasm particularly favors those who play the harp.

Plasm's clerics are artisans and craftsmen. Their work is their worship, and their worship is their work. They make things from the deep seated passions that dwell within them. To create something is the only reason that mortals exist.

Plasm's clergy are all craftsmen. Her temples are every workshop where her followers dwell. Her sacred flame is placed in prominent flame in every workshop. This flame came from her and is an actual part of her being, and in every workshop faithful to her, this flame provides a +1 divine bonus to all Craft checks made in that workshop. Those who let this flame extinguish through neglect or impiety suffer a -2 to all Craft checks that they make, regardless of where they do their work, until they seek out Plasm herself in the bowels of Schanderna and beg her forgiveness.

In the Endhaven setting, Plasm is the last living god of the Fell Elves. She dwells in the Smoking Forges of Schanderna, near the Elemental Plane of Fire. She appears as a large flame, sometimes as a column of fire, and sometimes as a flaming humanoid with female features.

The gods of the Fell Elves died, one by one, during the Wars of Law and Chaos. She is now the sole deity of this race, and her personality now dominates their character. She has driven the Fell into a deep and perpetual making urge.

During the Wars of Law and Chaos, Plasm's fellow Fell deities fell during the Battle of Glittering Vale where they killed Nomos, of the Charystan Pantheon. The entire Fell pantheon ambushed Nomos. By the end of this horrific battle, an entire plane was laid waste (Grave of Nomos), and all the Fell gods but Plasm were dead.