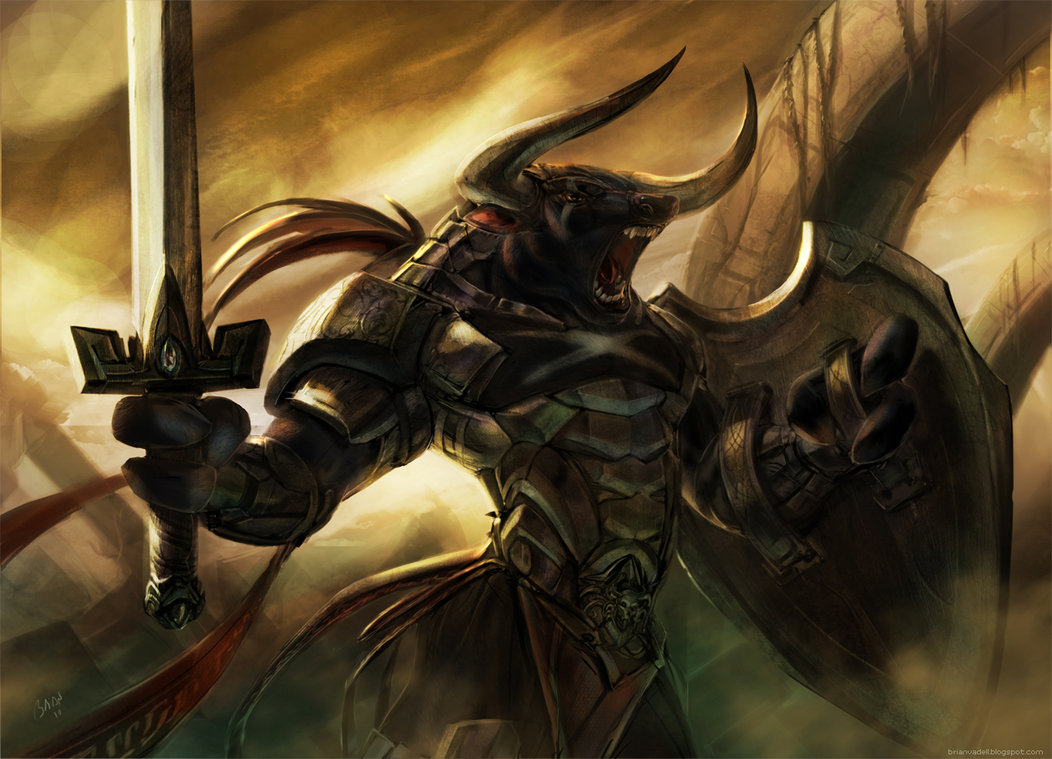 A battle-ready Minotaur with an intimidating war cry. Source

An evil fusion of man and beast. While they may not be quick of wits, they're a force to be reckoned with in combat.
Ability Score Increase. Your Constitution score increases by 2 and your Strength score increases by 1.
Age. Minotaurs mature at age 18, much like humans do. However, due to their stronger, animal-like organs, they tend to live longer than humans, living to be about 150-160 years of age. They show physical signs of aging only at the last 20 years of their lives.
Alignment. Most minotaurs struggle with controlling their uncontrollable rage, so most are chaotic in nature. Due to the origins of their creation and the purpose they originally had, they are also mostly evil in terms of morality.
Size. Minotaurs tower over their humanoid cousins, reaching heights over 10 feet by maturity and weighing well over 1200 pounds. Your size is Large.
Speed. Your base walking speed is 20 feet.
Darkvision. You can see in dim light within 60 feet of you as if it were bright light, and in darkness as if it were dim light. You can't discern color in darkness, only shades of gray.
Labyrinthine Recall. You can perfectly recall any path you have traveled.
Horns. All minotaurs are born with an insanely strong pair of horns atop their head which are used to assert dominance in Minotaur society. You are proficient with your horns as weapons, which deal 1d8 piercing damage on a hit.
Languages. You can speak, read, and write Common and Abyssal.