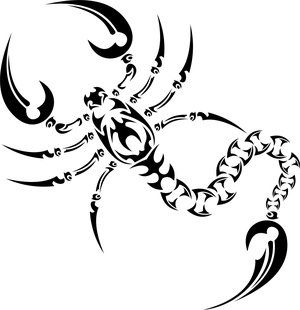 The holy symbol of Guul Drak

Guul Drak is the god of disease, poison, starvation, and glutony. He is the patron of assassins and murderers. He is also a member of the Pact of Ruin on Aegir. It is said Guul Drak consumed his last world, and came to Aegir to rest before his next meal.

He is depicted as a hugely fat humanoid, with pale, damp skin and sunken, haunting eyes. Mothers and nurses everywhere like to scare children by explaining that Guul Drak will come and eat them if they don't behave.

Guul Drak entreats his followers to spread disease and famine across the land, in whatever way possible.

Assassins and murders tend to follow Guul Drak due to his penchant for poisons. Powerful aristocrats may secretly worship Guul Drak, in hopes of improving their already lavish lifestyles.

Guul Drak is a minor god, and has no established temples. Individual worshipers may have specific shrines devoted to him, however. He commands a few wandering priests, though they are few and far between.

Religious practices include special ceremonies building up immunities to diseases and poison by slow, constant exposure. Some die, but others are "reborn through pestilence". These priests are often horribly scarred from their long exposure to diseases, and are truly fearsome to look upon, and a force to be feared wherever they travel. They are also typically excellent assassins, for the right price. They seldom require gold, and instead request spiritual favors of one kind or another.

Worshipers other than priests show their devotion in actions such as spreading poison and disease, engaging in acts of gluttony, or causing starvation and malnutrition in others.