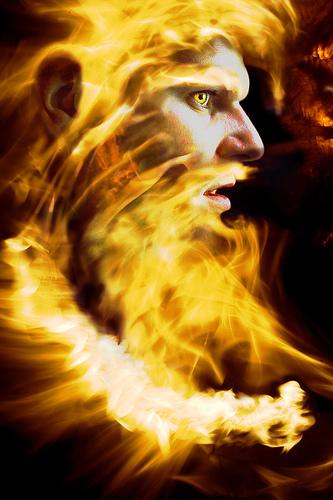 Grendale is the Valgorian god of Fire. He is also known as The Flame Welder.

Grendale is a turbulent God known for quick spurts of anger or lust.

Travelers pray to Grendale for safe passage at night by asking for "The Flame's Light".

Clerics of Grendale are found in major and minor areas all across Ghikva, Hesjing, and even Malsvir. They are usually called upon to every major army's travels, as they are looked at as the mediators of Grendale.

The most common gathering of followers is in the settlements of outdoors men who live in the wilderness.

Back to Main Page → Dungeons and Dragons → Deities → Greater