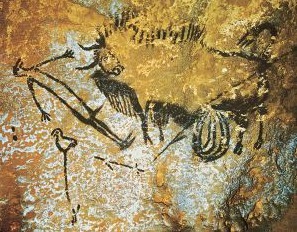 You can make a Fortune Teller quickly by following these suggestions. First, Charisma should be your highest ability score, followed by Dexterity. Second, choose the Folk Hero background. Third, choose Deception, Persuasion, and Sleight of Hand as your skills.

As a Fortune Teller you gain the following class features.

Epitaph Saving Throws
If a Fortune Teller class feature forces someone to make a saving throw use this formula to specify the DC of the saving throw unless otherwise specified:
8 + proficiency + Charisma


Epitaph Action Limit
The EAL is the amount of times you may use features that use epitaph points per long rest, it is calculated using this formula:
(Charisma modifier x 5) + (Level/2 (rounded up))

During combat you may gain advantage on all skill checks that you make.

Starting from level 2 as a free action after you deal damage to an opponent you may spend 2 epitaph points to force the opponent to make a Dexterity save, on a fail all attacks targeting this opponent gain advantage until the start of your next turn

Starting from level 2 you can now lick a creature to detect if they are lying or not, if they are lying the dm must tell you. A creature who is lying that is licked this way must make a Charisma save and on a fail has disadavatge on all Charisma checks and is unable to lie until it takes a long rest.

Starting from level 7 as a reaction you may spend 5 epitaph points to ignore a condition, you may only disable each type of condition once per long rest (ex. blinded).

Starting from level 9 as a bonus action you may spend 3 epitaph points to disable an opponent up to 15ft away's opportunity attack and reaction for this round.

Starting from level 10, after you successfully hit an opponent with an attack, before rolling for damage you may force the enemy to make a Dexterity save, on a fail they become vulnerable to that damage type until the start of your next turn. You may only use this ability if they are not resistant or immune to the type of damage you are doing. The amount of times you can use this ability changes depending on your level.

Starting from level 13 you may spend 10 epitaph points to rewind time forcing you, a willing ally or an enemy that you can see to re-roll all die involved in one particular action. (ex. re-roll damage). You may use this ability on other people's turns and can use it multiple times in the same turn, however you can only re roll the die of an action once. (ex. can't force someone to re roll the same saving throw more then once)

Starting from level 18 you may spend 15 epitaph points to copy a feature (background, racial or class) or spell that an enemy or teammate that you can see has used since the beginning of your last turn, you may use this ability when you would use the copied feature/spell normally and expend the appropriate action type (ex. action for meteor swarm, reaction for shield). You may use Charisma as the feature's/spell's modifier instead of it's original modifier. If the feature/spell does not have a duration (ex. Changelings change appearance ability) the feature/spell lasts until you take a long rest.

At level 20 as a bonus action or reaction you may spend 20 epitaph points to stop time, if time was stopped on your turn your attacks become unblockable and opponents fail all saving throws automatically. Opponents may not use any reactions or make opportunity attacks while time is paused, however passive abilities still take effect, if you were touching an enemy before time was stopped and are not after time has resumed or have attacked an enemy during time stop, that enemy becomes unnerved and gains disadvantage on attacks and saving throws until the start of your next turn.

You may use this ability on other peoples turn, immediately take your turn with the effects of a normal time stop, after the time stop ends the current enemies turn continues assuming that they are still alive, if they are not alive or are unable to do their turn the person with the next highest initiative goes instead. After using this ability you may not use it again for 1d6 rounds.

As you grow stronger your powers begin to diversify granting you new powers and strange abilities.

Fortune Tellers of the House of Spirits are able to manipulate and draw strength from the souls of their enemies.


Speak with Dead
Starting from level 3 you may call upon the spirit of someone that has passed away, you must concentrate for 10 minutes and expend 2 epitaph points to do so. The spirit may not be summoned if they have died more then 100 years ago and the spirit must come unless their is something that prevents them from being called. The spirit will remain on the physical plane for 10 minutes or until you send them away, whichever comes first.


Spirit Absorption
Starting from level 3 when an opponent dies within 10 ft of you, you may spend 2 epitaph points to absorb their spirit, temporarily increasing the modifier of one your abilities by one until the end of your next turn. This effect can stack and you may use this ability on other people's turns.


Life Eater
Starting from level 6 after you successfully deal damage to an opponent you may spend 6 epitaph points to recover hp equal to half the damage that was dealt.

Fortune Tellers from the House of Tarot are able to warp reality to benefit their allies and confuse their enemies.


Reshuffle
Starting from level 6 instead of moving you may use the shuffle feature on an enemy that you can see, you must spend epitaph points equal to the enemy’s challenge rating (minimum of 1) minus your Charisma modifier. The enemy must make a Wisdom saving throw and on a fail, has their position swapped with either you or a willing ally. You must always spend at least 1 epitaph point to use this ability.


The Star
Starting from level 11 when you use the shuffle feature to move yourself or an ally, the person/persons moved may gain 1d12 temporary hp.


Final shuffle
Starting from level 15 when you use the shuffle or reshuffle feature, you may spend extra epitaph points to use the feature again. The extra epitaph points are equal to the normal amount spent plus the amount that you have already spent. You may use this feature as many times as you want on your turn and this feature does not count towards your epitaph action limit.


The World
Starting from level 15 if an ally that you can see within 20ft of you would take enough damage to drop them below 0 hp, you may instead deal yourself or a willing ally the damage instead.

Fortune Tellers of the House of Bone use their powers to strengthen their body and toughen their skin, making them dangerous foes in combat.


Starting from level 3 after you deal damage to a target with a melee attack you may spend 4 epitaph points to lower their ac by 1d4 until the start of your next turn, the die changes to 1d6 at level 6, 1d8 at level 11 and 1d10 at level 15.


Starting from level 11 when you successfully hit a creature, you may spend 6 epitaph to ignore resistances and immunities for the attack.

Why He Gets Back Up


Starting from level 15 when you drop below 0 hp, you may temporarily lower your ac by half to gain hp equal to your ac before the reduction, you may only do this once per long rest and your ac goes back to normal after a long rest.

Unbreakable
Starting from level 15 when an ally within 5ft of you is targeted by an attack you may spend 8 epitaph points to force the opponent to attack you instead and increase your ac by your Charisma modifier until the start of your next turn, this effect does not stack.

Fortune Tellers of the House of Ash are bale to use their powers to augment and control heat and fire.

Flame Control
Starting from level 3 you gain an immunity to fire damage and gain the ability to cast the cantrips Control Flames and Produce Flame using charisma as the modifier.

Blazing Fury
Starting from level 3 after successfully deal damage to an opponent using a melee attack you may spend 4 epitaph points to change your damage type to fire and deal one extra die of damage. If you use this ability in Flame King Mode you may add your Charisma modifier to your damage roll as well as the regular modifier.

Blistering Blood
Starting from level 6 when you are damaged by a melee slashing or piercing attack you may spend 5 epitaph points to force the opponent to make a Dexterity save, on a fail they take fire damage equal to half the damage dealt.

Flash Fire
Starting from level 11 all fire damage of your choice dealt within 50ft of you ignores resistances and immunities and deals 1 extra die of damage.

Flame King Mode
Starting from level 15 as a free action on your turn you may activate Flame King Mode, while in this mode all damage that you and allies within 30ft of you do is considered fire damage and you do not have to spend epitaph points to activate the Blistering Blood ability, however this mode is too powerful for you to maintain and for every turn you spend in this mode you take fire damage equal to the amount of rounds in this mode squared + the damage you have taken from this ability since activation, this damage is not affected by resistances or immunities. You may only use this ability once per long rest

Fortune Tellers from the house of flight use there powers to control the skies and bend the wind to their will.


Wing Cutter
Starting from level 3 you grow feathered wings, these wings can look like the wings of any bird that exists in real life. These wings are proportional to your size, however they cannot be used to fly or glide, if you already have wings you do not grow new ones. As an bonus action you may make an melee attack with these wings, you have proficiency in this attack and on a hit it deals 1d6 + Dexterity slashing damage.
This attacks damage changes depending on your level. Level 6: 1d8 Level 11: 1d10 Level 15: 1d12.

Feather Shot
Starting from level 3 as an action you may shoot your razor sharp feathers as a ranged attack, these feathers have a range of 90ft and on a hit deal 1d12 damage + Dexterity you have proficiency in this attack.
This damage changes depending on your level. Level 6: 1d12 + 4 Level 11: 2d8 Level 15: 2d8 + 4

Blinding Breeze
Starting from level 11 as an action you may force an amount of enemies equal to or lower then your Charisma modifier (minimum of 1) up to 90ft away from you to make a constitution saving throw, on a fail the range of all their spells and ranged attacks are reduced by 40ft (minimum of 5ft) for 1 minute. This effect does not stack.

Divine Sandstorm
Starting from level 15 you may create huge breezes with your majestic wings, as an action you may create an extremly powerful gust of wind, all creatures in a 120ft line must make a Constitution save and on a fail are pushed back to the end of the line, if they are unable to do so because of an object or creature, both things take 1d10 bludgeoning damage per 5ft left to travel + Charisma (ex. 10ft = 2d10 + Charisma). However, this action is taxing on your wings and you will not be able to fly or use any House of Flight features for 1d4 rounds.