Long long ago a group of adventurers of immense power was getting tired of the boring old routine-like world they were living in, feeling like it was all the same in the end they set up to create their own adventure, or rather a plane full of them, a living plane capable of creating new adventures on its own and bringing promising adventurers into what this group called a dreamland, eventually they passed out, or left, or became gods, nobody knows really, millenia later the living plane known as Eldarch has kept on working on its own to consistently create more trouble for the incoming adventurers to resolve, once a year adventurers and a few other people, sometimes even land from all over the multiverse get sucked into it and as a result many cities made almost entirely out of retired adventurers and ruled by guilds have been created, but you don't know any of that, of course not, all you know is you were in a nice comfy bed back home and now you were here, in the middle of a very colorful grasslands, looking at a set of pink cows graze the nearby grass while being greeted by the nice and purple morning sky, wondering what was it that just passed by flying high over your head and who all these other confused looking people are.

As stated above, Eldarch is a living plane and the primary theme of the campaign setting is of mystery and discovery, as such what follows will be hidden in spoilers so that players may safely browse the rest of the setting. As much as DMs are allowed to use this setting for their own purposes, i will describe the main story line in the setting there, however keep in mind you as a DM aren't forced to follow anything that appears in there, like with anything golden rule applies.

Eldarch is a plane practically stitched together from many different planes, and as such the geography doesn't quite make sense for anyone, of what is known of it the plane is mostly comprised of a large central landmass whose center appears completely separated by many levels of cliffs which ends up so tall it can be seen from nearly anywhere in the world, but along it exist 3 other continents all connected only by water travel and it is in these 3 continents where newcomers usually arrive.

Eldarch however is ever expanding, and there is no telling when an entirely new land will appear or where.

As the title suggests, this is the perfect continent for a beginning group or novice players, this is because it was the first of the 3 starter continents to be attracted into the plane and the first to become inhabited, as such larger and better defended cities exist as well as many smaller settlements. The continent to the south-west of the central mainland and is shaped like half of a yin-yang, with its tip to the north-west consisting of a large beach and a port city, swamp lands as the landmass starts rising and followed by a large forest side to side connecting onto the main sphere to the south-east, which is made primarily out of grasslands, other than the very edge to the east which turns into barren lands and then into desert, only to finally end into a mountain range right at the edge however make no mistake, anywhere you look in the mainland it will be a far too deadly cliff for most that would consider jumping into the waters, the way through the swampland is the only way out of the continent of beginning.

As the very unimaginative title given to this continent suggests, Saitra is an opposite mirror to Artias, located to the south-east of the mainland it also looks like half of a yin-yang, with its tip to the north-east and its main spherical end to the south-west, Saitra is a land at war, a land of the bizarre, Eldarch is already weird enough to upset or confuse most people but those that land here are those whose mere presence would disturb what little balance is still finely tuned to the realm, ever thought of a wizard dual wielding magical guns made by soviet elves? This is exactly where you would find such a thing, you would also find the soviet elves, you might even find nazi zombies, who knows? There is a single port in the continent and it does a very good job at not letting any of it out.

Unlike most realms, this realm is almost entirely made out of adventurers, so the cities and continents have no direct government or royalty per se, instead nearly everything in the realm is based on a system of guilds, some guilds dedicated to a single city and some of the largest ones even extending their services across the realm, as such a group merely known as the Administration has taken it upon themselves to work as the middle man, setting up offices in many cities and organizing many quests and needs of those cities to then deliver to the guilds many adventurers, as such payment, negotiations and many other things have been streamlined and made easier to work with, this has also reduced competitiveness among guilds and even encouraged members of different guilds to work together for shared goals.

Although there are nearly limitless guilds that come and go, there are 6 primary guilds that have stood the test of time and have come to shape most of this realm's society:

The Wyrm Knights have their headquarters at the top of the central continent, the elite of the elite who dedicate themselves on keeping the various cities safe, just getting in is considered a whole adventure on its own so it is by far the least numerous guild, but they make up for it by having some of the best talents and most skilled combatants, not to mention dragons. 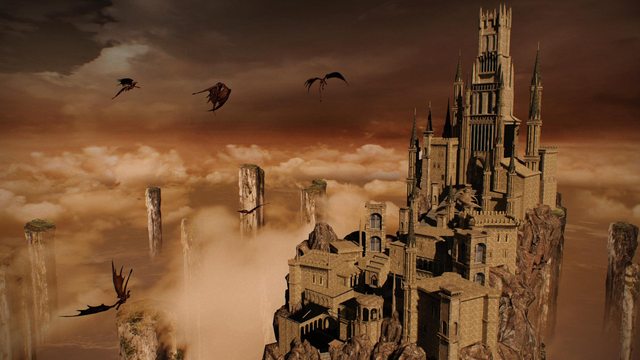 The Lorekeepers are a faction dedicated to unlocking and discovering the mysteries of this plane, which often includes dungeon delving as the plane has a tendency of spawning more dungeons out of seemingly nowhere they have branches spread all over the world, with no particular primary headquarters. 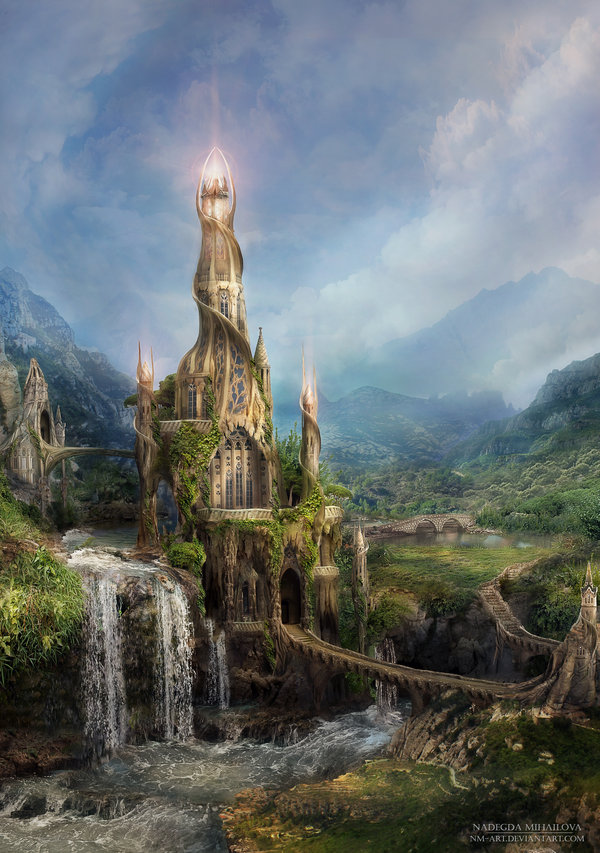 The Behemot Justicars are quite in many areas the opposite from the Wyrm Knights, they are a religious faction which believes in that you can solve anything if you throw enough people at it, they provide free shelter, basic gear and resurrections to newcomers so they always have more people joining them but there often seems to be a dark, almost depressive air to them as the mobile fortress that is their headquarters marches on, they mostly reside within the 'easy' continent as it is where they often can bring in more people. 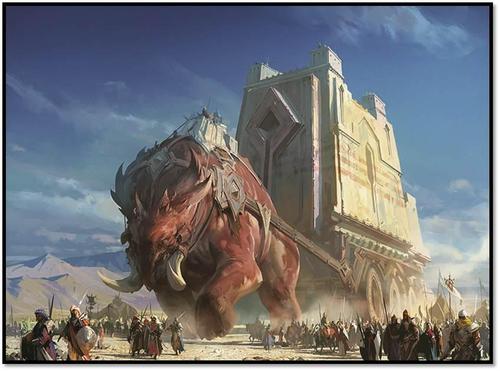 Hephaestus' Workshop is a merchant and crafting guild, with a branch in every single city in the form of a huge tower, their moto is "If it exists we can get it for you, if it doesnt we can create it for you" and thus far it hasnt failed them. 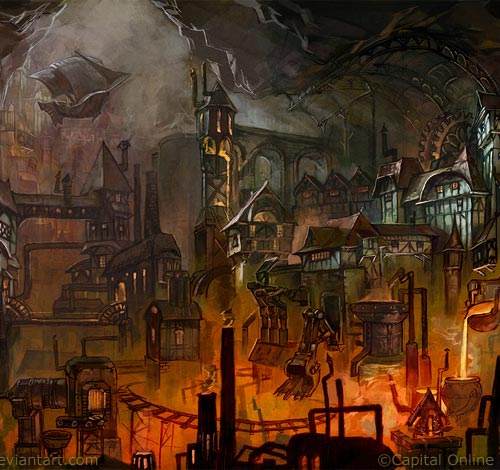 The Giant Slayers are a group obsessed with The Hunt, the art of fighting the biggest, meanest monsters they can find and bring back their trophies, they rarely opperate in groups but the guild master is also the current owner of the city of Slyth, an immense vertical city surrounding an equally large colosseum in the middle of Saitra, the war-torn continent to the east.

And then there is the Brotherhood, rogues, assassins, agents, even homeless people on the street, anyone could be from the brotherhood, the only requisite for joining, is to find them, but even if you do, dont expect to be receiving any kind of respect, everyone is on their own and if you receive any kind of help it wont be for free. 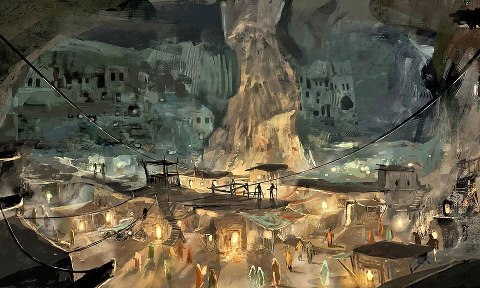