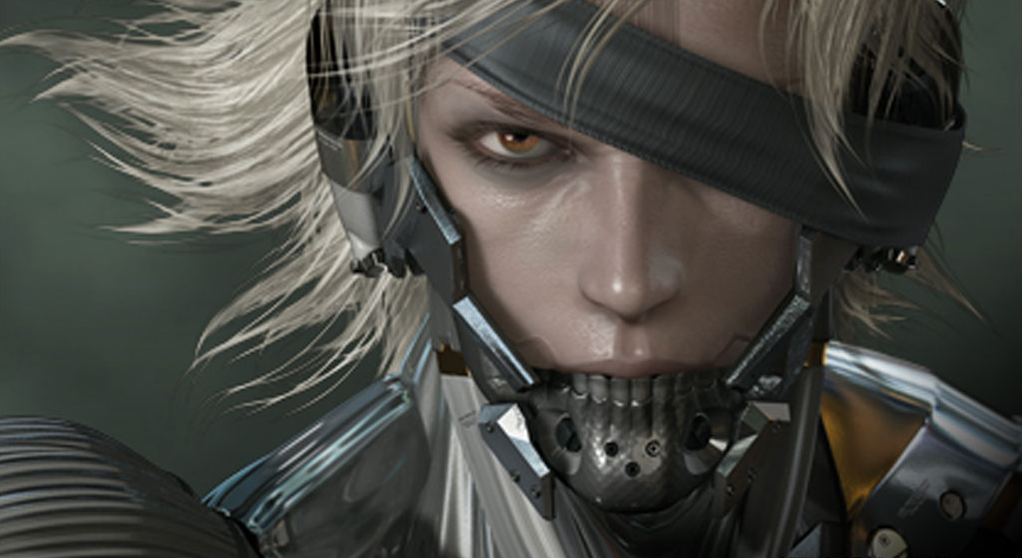 "Let justice be done, though the heavens may fall!" -Marut from Mechanus. A Child of Mechanus is a creature bound to the plane of Mechanus. On Mechanus, law rules as the only aspect that matters in the Multiverse. It is here the mysterious Inevitabels come from. These soldiers of law spend their eternal lives enforcing whatever universal law they serve. As a child of Mechanus you serve these laws aswell, but because of your mortality and your ability to think freely, you not only serve one of these laws, but all of them. A Child of Mechanus is "born" when an Inevitable adopts and raises a living being. The Inevitable becomes the child's "master" and raises him in the image of himself. The child's master will decide when the child is ready and when the day comes the child will be send out to uphold the universal law its master serves, from here on the child will adopt and uphold the other universal laws of the Inevitables. For a Child of Mechanus the mission never ends, there are always lawbreakers, always some who dare to spread chaos among the common man. As the Inevitables, it is a Child of Mechanus job to fight back this chaos with all means possible.

Becoming a Child of Mechanus[edit]

It is not all who can become a Child of Mechanus. Either you are "born" as one or in extremely rare situations an Inevitable decides to teach you the Inevitable ways. As a Child of Mechanus you possess great powers to fight back those who break the universal laws. The most common way to punish lawbreakers is through sheer force, this means they get a lot of melee skills followed by a few powerfull spell-like abilities. Children of Mechanus almost alwyas have some other combat-focused class before advancing in this prestige class. These can be almost everything that is not Chaotic aligned like fighters, hex-blades and especially paladins which already have this bond to laws. Strength is important because this class is designed to do melee damage. Constitution is important to get a high amount of HP and finally Charisma is importnant to have a high score in if you want your spell-like abilities to work effectively.

Aspect of the Zelekhut: You become an aspect of the Zelekhut Inevitables gaining some of their powers. the half part of your torso turns into the magical gears of which the inevitables consist, granting you enhanced physical power. This gives you +1 natural armor and +2 dmg red/adamantine. Furthermore you gain +10 landspeed and +2 strength due to your physical enhancement.

Aspect of the Kolyarut: You become an aspect of the Kolyarut Inevitables gaining some of their powers. your jaw and your left arm turn into the magical gears of which the inevitables consist, granting you magical abilities. you gain +1 natural armor and +2 dmg red/adamantine due to your mechanical improvements. futhermore you can use vampiric touch(SU) twice per day by hitting your opponent with your left arm with a melee touch attack. you can use suggestion at will because of your charismatic powers from your new mechanical jaw. The save DC´s is equal to 10+ half your character lvl+ your charisma modifier and your caster lvl is equal to your character lvl( this counts for all spell-like and supernatural abilities in this class).

Aspect of the Marut: You become an aspect of the Marut Inevitables gaining some of their powers. your right arm and left leg turns into the magical gears of which the inevitables consist, granting you tremendous physical strength. you gain +1 natural armor and +2 dmg red/adamantine due to your mechanical improvements. furthermore you can cause an earthquake like the earthquake spell by stomping the ground with your left leg. this ability is treated like a supernatural ability and can be used once a week. with your right arm you can crush/destroy any abject you are able to grab(like weapons, magic orbs or even armors), by making a DC 20 strength check you instantly crush/destroy the object.

Aspect of the Quarut: You become an aspect of the Quarut Inevitables gaining some of their powers. your right leg and half of your face turns into the magical gears of which the Inevitables consist and one of your pupils takes the shape of an hourglass. you gain +1 natural armor and +2 dmg red/adamantine due to your mechanical improvements. furthermore you a supernatural ability to transform your mechanical body into a mighty machine of war, gaining powers equal to the body of war spell, this effect is equivalent of the body of war spell in every way.

Aspect of the Valakhut: You become an aspect of the Valakhut Inevitables gaining some of their powers. the last half of your torso and face turns into the magical gears of which the inevitables consist. this completes the transformation and your type changes to "Living construct" gaining all Living construct traits. you gain +1 natural armor and +2 dmg red/adamantine due to your mechanical improvements. you also gain fast healing 1.

Law of Mechanus(Su): You devote your life serving the natural laws of the universe, also called the Laws of Mechanus. by doing this you gain several powerful abilities to use only against those who dare break these laws.

Justice: Hhe zelekhuts are designed to hunt down and punish those who try to aviod Justice. As an aspect of the Zelekhuts you are granted some of their abilities to hunt down the lawbreakers. Once per day, you can as a swift action spring mechanical wings from your torso. this grants you a flyspeed equal to your landspeed x2 with good manuoverbility, the wings persist for 10 min then return inside your torso.

Truth: The Kolyaruts are designed to hunt down and punish those who does not keep oaths or honor agreements. As an aspect of the Kolyaruts you are granted some of their abilities to control the lawbreakers. once per day you can use dominate person as a spell-like ability. you can use dicern lies at will.

Death: The Maruts are designed to hunt down and destroy those who try to expand their lifespan or cheat death. As an aspect of the Maruts you are granted some of thier abilities to destroy the lawbreakers. twice per day you can channel lightning through your right arm granting the same effect as the Fist of thunder/lightning as of the Maruts, only this effect can be channeled through a weapon.

Time: The Quaruts are designed to hunt down and destroy those who mess with the natural time-line, alters reality(like wish) or travel through time. As an aspect of the Quaruts you are granted some of their powers to fight these mighty lawbreakers. once a week you can use time stop as a swift action or travel 2D4 rounds back in time. this is treated as a spell-like ability.

Divinity: The Valakhuts are designed to hunt down and obliterate those who try to ascend to godhood or seek to kill a god. As an aspect of the Valakhuts you are granted some of their powers to fight these powerful lawbreakers. once a day you can use Dispelling blast, this functions like greater dispel magic but affects everything within 30ft radius of the targeted spot. Once a week you can use Reverse as a no-action, this ability either returns any harmfull effect(like melee dmg, harmful spells or abilities) to the source or turn any positive effect within 30ft to the opposite effect(like healing to inflict, haste to slow, teleport to dimensional anchor etc.) also works the other way around.

If a Child of Mechanus strays from his path and loses his lawful alignment, he loses all class abilities and his mechanical body parts are set out of motion. Not soon after his alignment change he will be pursued by a Kolyarut, which will either kill him or give him a chance to return to the path of the Child of Mechanus through an almost impossible task.

Playing a Child of Mechanus[edit]

Combat: typical role in combat is Damage dealer or Tank.

Advancement: After advancing in The Child of Mechanus prestige class it would be suitable if you just continued advancing in whatever class you were before. In any case, fighter levels are always usefull due to all the bonus combat feats.

Resources: A Child of Mechanus wanders the earth alone or together with a group of other travelers, but never together with other Childs of Mechanus. first of all they are very rare, second of all they never work together with other inevitables or Childs of Mechanus because when there are two to judge a Lawbreaker they might disagree with each other and because of the strongly adaption to laws, they wont rest until they find a solution to the disagreement which in most cases is death to one of the inevitables or child of mechanus. If a Child of Mechanus is in need of guidance or shelter they always seek out their master who provides them with a safe place on Mechanus where they can rest and seek answers.

All Children of Mechanus wander the earth in eternal search of lawbreakers or tasks that lead them to these. They devote their entire lives to uphold the Laws of the universe. Most Childs of Mechanus follow a group of travelers or adventurers in search of people or creatures that have broken the laws they serve. They tend to be very difficult to live around and because of that they dont have too many freinds either, but it matters not if they have friends or not, as long as they have the proper strength to deal with the lawbreakers themselves. Even though all this it doesnt mean they can't have friends, and many Children of Mechanus have 3-5 trustworthy freinds which they rely on in situations they can't handle themselve.

NPC Reactions: Most NPC´s don't even know what they are. This results in alot of misunderstandings, presuming the Child of Mechanus is a machine of some sort or just an unlucky soldier who received replacements where he has lost his limbs in battle. But if they know what he is they tend to be very careful in their actions as long as he is around, they dont know where the border goes for "breaking the law" so they tend to be careful and even avoid the Child of Mechanus.

Characters with ranks in Knowledge (the planes) can research the Child of Mechanus to learn more about them. When a character makes a skill check, read or paraphrase the following, including information from lower DCs.

Childs of Mechanus in the Game[edit]

Children of Mechanus most commonly find themselves in the same situation as a regular paladin. They are the very strongly lawful aligned which makes them difficult to match in a group with many chaotic natured classes, like barbarians and rogues. Even so they have been known to follow their own set of laws, and therefore only judge people they see as "evil" or "lawbreakers". a Child of Mechanus always follow his own way. Some choose to punish only those who break the natural laws, just like the Inevitables. Other choose to make up more rules and laws of their own and add them to the law-code. in rare ocasions, a Child of Mechanus chooses to follow the feudal leaders of whichever country or region they are in. This means they follow and uphold the laws of the main ruler, counsel, king, tyrant, evil wizard or whatever power center rules the region they find themselves in.