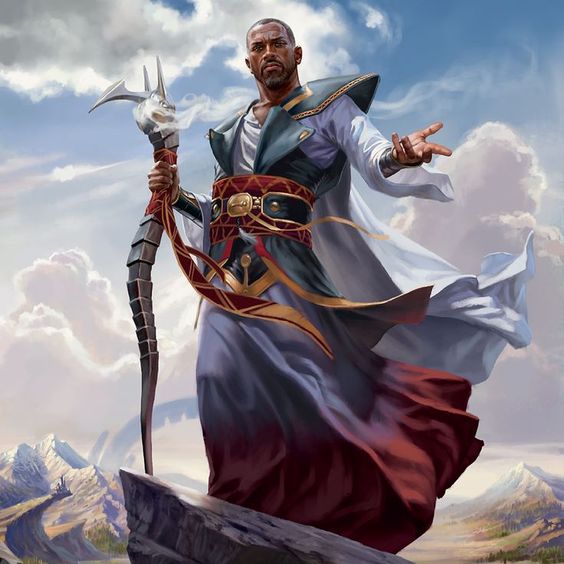 Archmages do the same thing as your average party mage. Wait until late game to spam the shit out of OP spells. From level 1 to 10 you are an apprentice of Archmage Writer , from level 10 to 19 you are introduced to the advanced study to become an Archmage Writer and finally at level 20 you become one.

Abilities: Intelligence is the defining feature of the Archmage, as all it does is cast spells.

Races: Any race would become an Archmage, atleast any with interest in magic.

All of the following are class features of the Archmage.

Weapon and Armor Proficiency: Archmages are profecient with daggers, quarterstaffs, magical items, and crossbows. The Archmage does not have proficiency with armour, but if they manage to gain proficiency, they may cast their spells without her somatic spells failing.

Spells: An Archmage casts arcane spells which are drawn from the sorcerer/wizard spell list. An Archmage must choose and prepare her spells ahead of time (see below). To learn, prepare, or cast a spell, the Archmage must have an Intelligence score equal to at least 10 + the spell level. The Difficulty Class for a saving throw against a Archmage’s spell is 10 + the spell level + the Archmage’s Intelligence modifier.

Like other spellcasters, an Archmage can cast only a certain number of spells of each spell level per day. Her base daily spell allotment is given on Table: The Archmage. In addition, she receives bonus spells per day if she has a high Intelligence score.

Unlike a bard or sorcerer, an Archmage may know any number of spells. She must choose and prepare her spells ahead of time by getting a good night’s sleep and spending 1 hour studying her spellbook. While studying, the Archmage decides which spells to prepare.

Extra Spell: You are able to cast another spell on your turn.

The Advanced Study: when you get to advanced study you can cast a spell as a bonus action.

Bonus Feats: At 5th, 10th, 15th, and 20th level, a wizard gains a bonus feat. At each such opportunity, she can choose a metamagic feat, an item creation feat, or Spell Mastery. The wizard must still meet all prerequisites for a bonus feat, including caster level minimums.

Statistics increase: you have +2 for an attribute or 1/1 on two attributes

Small Library: is an extra-dimensional room with a bed, an armchair, a desk and a few bookshelves. Bookshelves: are 3 each cost 500po and cause +2 in everything related to intelligence and +1 in its level of caster, each shelf.obs: does not increase your intelligence attributes.

These bonus feats are in addition to the feat that a character of any class gets from advancing levels. The wizard is not limited to the categories of item creation feats, metamagic feats, or Spell Mastery when choosing these feats.

Spellbooks : A wizard must study her spellbook each day to prepare her spells. She cannot prepare any spell not recorded in her spellbook, except for read magic, which all wizards can prepare from memory.

A wizard begins play with a spellbook containing all 0-level wizard spells (except those from her prohibited school or schools, if any; see School Specialization, below) plus three 1st-level spells of your choice. For each point of Intelligence bonus the wizard has, the spellbook holds one additional 1st-level spell of your choice. At each new wizard level, she gains 10 + (mod intelligence) new spells of any spell level or levels that she can cast (based on her new wizard level) for her spellbook. At any time, a wizard can also add spells found in other wizards’ spellbooks to her own.

Spellbooks Basic : Wizard may have spells from all schools less than their forbidden school.

Archmage: he has no more school forbidden and forbidden schools can now be cojuradas normally.

A school is one of eight groupings of spells, each defined by a common theme. If desired, a wizard may specialize in one school of magic (see below). Specialization allows a wizard to cast extra spells from her chosen school, but she then never learns to cast spells from some other schools.

A specialist wizard can prepare one additional spell of her specialty school per spell level each day. She also gains a +2 bonus on Spellcraft checks to learn the spells of her chosen school.

The wizard must choose whether to specialize and, if she does so, choose her specialty at 1st level. At this time, she must also give up other a schools of magic(unless she chooses to specialize in divination; see below), which become her prohibited schools.

A wizard can never give up divination to fulfill this requirement.

Spells of the prohibited school or schools are not available to the wizard, and she can’t even cast such spells from scrolls or fire them from wands. She may not change either her specialization or her prohibited schools later.

Spells that do not fall into any of these schools are called universal spells.

Abjuration: Spells that protect, block, or banish. An abjuration specialist is called an abjurer.

Conjuration: Spells that bring creatures or materials to the caster. A conjuration specialist is called a conjurer.

Divination: Spells that reveal information. A divination specialist is called a diviner. Unlike the other specialists, a diviner must give up only one other school.

Enchantment: Spells that imbue the recipient with some property or grant the caster power over another being. An enchantment specialist is called an enchanter.

Evocation: Spells that manipulate energy or create something from nothing. An evocation specialist is called an evoker.

Illusion: Spells that alter perception or create false images. An illusion specialist is called an illusionist.

Necromancy: Spells that manipulate, create, or destroy life or life force. A necromancy specialist is called a necromancer.

Transmutation: Spells that transform the recipient physically or change its properties in a more subtle way. A transmutation specialist is called a transmuter.

Universal: Not a school, but a category for spells that all wizards can learn. A wizard cannot select universal as a specialty school or as a prohibited school. Only a limited number of spells fall into this category.

Archmage Writers in the World[edit]

Archmage Writers in the Game[edit]